Miami and the South American connection

Steve Cantor, Managing Partner at Cantor & Webb, is a well known attorney in the ultra high net worth sector. Based in Miami, he spends his time jetting around the world, speaking at conferences and lighting up rooms with his dandy-ish character.

As Miami is a well known hub for South American uhnw money, Citywealth thought it would be interesting to get Steve’s views on the super rich in downtown Latin America.

Steve says “Some say that Miami is the capital of South America – predominantly because we have more banks than New York and many Latin Americans have deposits in Miami, second homes (condos) or come up for shopping.” He continues “Mexicans used to favour Houston, Dallas and San Diego and Brazilians, Argentineans and Chileans used to go to New York but Miami has had a long term influx of middle class Cubans who have contributed to Miami cornering the Latino market.” He adds “We have more in common with Caracas than Cleveland now.”

To appeal to this market Steve has taken up salsa and tango lessons and says “I’m not a typical gringo.” (Gringo is a slang term for ‘the white man.)

Of the hot spots in Latin America Steve highlights Panama, Mexico and Brazil and comments “Mexico is tremendously wealthy.” According to Steve, there are two hundred million people in Brazil and a hundred million in Mexico and the wealth in the region comes from minimal taxes, manufacturing, celebrities and entertainment.He says “You can earn phenomenal wealth in Latin America just by getting the sole rights to distribute a product from North America into a Central or South American country.”

Of South American clients, Steve continues “the only problem is clients live in a goldfish bowl with everyone knowing everyone: kidnapping is a reality. One of my clients was kidnapped, a maid was involved and a ransom had to be paid. There is a real reason for clients to keep a low profile and not to divulge assets.” He adds “A lot of Latin money moves to the US and Switzerland because clients like the service and confidentiality.” Of the jurisdictions he uses for client structures, Steve uses, “Bahamas, Cayman and Bermuda.”

Steve launched Cantor & Webb in the eighties with the rise in British buying property in Florida. “It was a boom market” he states. He started the business to assist with real estate purchases but this quickly developed into tax work with local tax law changes. The firm has now been going for twenty years with fifteen staff and four attorneys. Before this he helped launch the Miami office for another firm. He learned Latin Spanish at age twenty nine and is now fluent. He also adds proudly ” Hal Webb in our office just got recognised for being one of the up and coming attorneys under forty years old.”

Of global high net worth trends Steve is seeing, he comments “India is very big, I have a developer client opening a big shopping mall over there.”

Steve says confidently “Venezuela is awash with oil wealth but their president, Hugo Chavez is a big thorn in the US’s side.” He continues “There is constant immigration from Venezuela because of Chavez. In one district in Florida there is a spot called Weston which has been renamed Weston-uela because so many Venezuelans have moved there.”

Hugo Chavez is a known admirer of Fidel Castro and has struck a deal with Cuba to supply oil at preferential rates which would understandably upset the Americans. Venezuela has the worlds fifth biggest oil industry, is a leading member of OPEC and is the third largest provider of oil to the USA. Steve comments “it’s a big industrial country.”

Of Colombia Steve comments “Colombians are moving back now, it’s safer since they changed the constitution to allow re-election of President Alvaro Uribe. Foreign investment is also moving back into Colombia but FARC (Colombia’s oldest and largest guerrilla group) still control parts of the country particularly jungle areas.”

FARC claim to represent the rural poor against Colombia’s wealthy classes and oppose the USA in Colombia. They fund themselves principally through extortion, kidnapping and the drug trade. FARC has 12,000 members with 30% being children under 18. Steve says “Despite FARC’s presence, its definitely not as bad as it used to be.”

Steve comments “Mexico is the biggest City in the world with oil and industrial wealth there.” He adds “Historically Mexico published a blacklist which penalised residences for any offshore structuring. Richard Hay at Stikeman Elliott helped modernise their outlook and brought in a new low taxation structure for Mexican residents who hold money offshore.”

Mexico came under presssure because it was criticised by well run offshore jurisdictions who objected to being tarnished with the term blacklist. The Mexican government were also undermined because residents worked their way around their rules as laws in other countries adapted. I ask how good the Mexicans are at collecting tax and Steve comments “they are getting better.”

“Brazil has just re-elected President Lula (Luiz In√°cio Lula da Silva) but most clients are oppposed to him because he’s considered too far left.” He continues “In my view Brazil has infinite capability but may never
realise its potential. The political stance they have makes it less interesting.” He adds “On the reverse, the election of Felipe Calderon (right of centre) in Mexico is really good news”, Steve comments further “I make it my business to understand politics and how they affect my clients. Many of us learned lessons from Cuba in the sixties. No-one wants money held in politically unstable places. This is what differentiates South American clients from Europeans.” I ask whether he see’s much money head for foreign shores, Steve is doubtful and comments “most of it would be in the US buying mutual funds or foreign stocks.” And philanthropy? Steve pauses and says “its not at the forefront of clients minds in the region. It is not to say that they aren’t philanthropic, it just doesn’t seem to be a big issue for South Americans.”

I note during our conversation that Steve mentions property frequently so pick him up on this point, he says “I used to be involved with a real estate broker network and was a prominent board member.” He adds “And I have the best real estate paralegal in the business -Maritza.” He smiles and sings a phrase he has heard often before “everybody loves Maritza.”

With the rash of mergers around the world, I wonder if this is on the cards for Cantor & Webb. Steve quickly refutes this “I don’t see any value in merging. Giving up independence would be hard.” I ask about retirement plans and get a quick response “not me, you don’t have to retire in private client.”

So what makes a good private client attorney in Steve’s book? He relaxes and says “Its about being treated as part of the family. I like to be a Doctor who treats the patient rather than the disease. I think empathy, technical skills and having understanding of where a client is coming from are important or it won’t work.” He adds “I’ve had opportunities to spend time on a private yacht and travel on a super jet – you share the good times and then sometimes the bad – I had one client who died in a car crash.” He contemplates then continues “it’s a relationship business, clients can pick up the phone twenty four hours a day.”

As to Steve’s private life, he confesses to being a die hard Dolphins fan (Football team for my confused British readers) and says he has worked out schedules and flights on business trips to ensure he gets back to every game in Miami.

And what would he have been if not a private client attorney? He doesn’t hesitate “I love scuba diving. I probably would have been an underwater archeaologist.”

The Carpe Diem Ride is a charity bike ride through scenic Hunterdon County and along the banks of the Delaware River.  Hunterdon’s varied landscapes and waterways,

END_OF_DOCUMENT_TOKEN_TO_BE_REPLACED 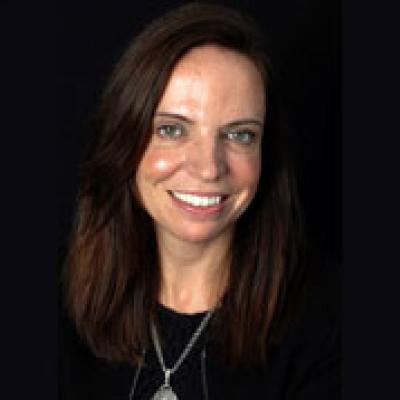