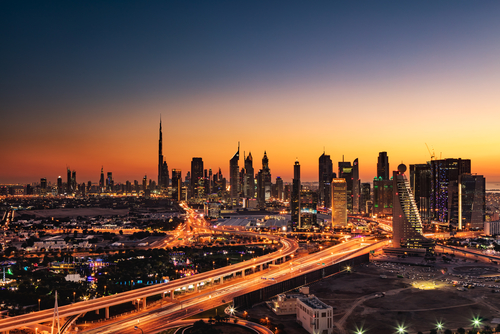 Dubai International Financial Centre (DIFC)-based wealth advisers are seeing opportunities aplenty from Saudi females looking to discuss their options. Along with major revisions of the trusts and foundations laws in the DIFC earlier this year, some wealth practitioners in the market are predicting a golden age for the industry in Dubai’s biggest free zone.

After setting up a wealth management working group to undertake global benchmarking and consultation, the ruler of Dubai, His Highness Sheikh Mohammed bin Rashid Al Maktoum, announced sweeping new laws in March. The Trust Law No.4 of 2018 builds on existing DIFC trust legislation and enhances it in line with international best practice, including promoting better trust administration and giving greater certainty and flexibility to settlors, trustees and beneficiaries.

The new Foundations Law No.3 of 2018, meanwhile, introduces a completely new regime for the market, promoting better creditor protection, succession planning and lifetime private wealth planning for family businesses. Both form part of the DIFC’s ambitious 2024 growth strategy, by which time it hopes to be the leading centre for private wealth management and one of the world’s top 10 financial centres.

“The new laws are very well drafted,‚Äù says Leonie Kerswill, who was a tax partner with PwC in Dubai advising HNWIs and families before setting up her own firm, LK Consulting. “For now, people are waiting for other people to be the guinea pigs, so only a few have been done. They will play an increasing role going forward, and certainly indicate the direction of travel. In the old days, trusts were seen as a hiding place for assets, but now they are seen as a sensible approach to managing and owning wealth, particularly for the benefit of families, with the family being so strong here.‚Äù

Andrew Young is head of private client services at Davidson & Co Legal Consultants in Dubai, and director and co-founder of Balmor Family Office Advisory, Dubai. He says: “I was at a talk recently where people were heralding a golden age for private client practitioners of all types here in Dubai. The town keeps getting bigger and richer, and is growing as a hub for some of the region’s super wealthy. The DIFC is committed to completely revamping its wealth management offering in the free zone, to attract wealthy families from all over the world to base their family offices and wealth management structures here.‚Äù

Sheikh Mohammed also introduced new residency laws in the UAE this year to make it possible for professional expats to obtain ten-year visas, rather than the current three-year ones. The aim is to attract wealthy investors, entrepreneurs and workers to put down roots.

Michael Kortbawi is a partner with BSA Ahmad Bin Hezeem & Associates LLP, advising corporates and HNWIs on UAE and DIFC laws. He says: “We see a lot of people relocating to Dubai and a lot of people restructuring their assets internationally and from a residency perspective to take advantage of the double tax treaties between Dubai and the rest of the world. The Dubai government has made considerable efforts to attract Chinese citizens in the last 24 months, including allowing visitors to be granted visas on arrival in the same way that European citizens are.‚Äù

Kerswill says Saudi Arabia holds a lot of opportunity for DIFC-based advisers, particularly acting for Saudi females. She says: “There is a lot of wealth held in female hands in Saudi, and there are a lot of very smart women looking at what they want to do with that wealth, whether that involves passive investing, philanthropy or whatever. It is still easier for a woman to meet with a woman to discuss those options in Saudi.‚Äù

She says she is witnessing a growing professionalisation of wealth management and of structures in the region, with clients becoming a lot more discerning about the advice they are seeking and looking for structures that are going to be robust and protect assets for the benefit of the family.

With Dubai’s rulers throwing their weight firmly behind the wealth management industry, it looks like there could be busy times ahead

As part of our 60 second interview series, Citywealth spoke to Joanna Bodell, managing director of the Isle of Man office of the Zedra Group following her team's win at the IFC Awards 2020 in the Trust Company of the Year - Isle of Man category. END_OF_DOCUMENT_TOKEN_TO_BE_REPLACED