When speaking about reputational threats, the first thing that usually comes to mind is the immediate connection with celebrities and people well-known to the press. With the internet as one of the most powerful sources to grab but also share information worldwide, it is not surprising that also private individuals can get caught up in the limelight through social networks or other means of communication. How has technology impacted the reputation and privacy of individuals as well as companies? Can people recover from substantial reputational damage? Silvia Ricciardi, Deputy Editor at Citywealth, discusses reputation management and privacy with Leaders List’s experts.

I love thee not

Lawyers in the reputation management sector daily deal with diverse kinds of reputational threats. “The threats I cope with cover a vast array of topics, including data breaches, problems in supply chains, and children uploading private information onto the internet” explains Rachel Atkins, Partner at Schillings. “The possible threats to reputation today are as old as the hills, touching on the aspects of personal and professional life that we have dealt with throughout the centuries;“points out Amber Melville-Brown, Global Head of Media and Reputation, Partner at Withers, adding that “they are as wide as the ocean, from threats coming from former loved-ones who expose personal information or from former employees who disclose corporate data, to an enquiry from the regulators or an interrogation by law enforcement, as well as an approach from the media or enquiry by third parties concerning any of them.“

But change can affect the reputation management sector. “I think the days in which there were patterns to our work have disappeared. Every call I get brings with it unique circumstances and, for me, an exciting challenge;– says Dominic Crossley, Partner at Payne Hicks Beach –the different forms of communication and the political, commercial and family contexts ensure that each case needs a bespoke strategy and approach.” Chris Scott, Senior Partner at Slateford, confirms that “areas of threat to reputation constantly change, sometimes due to wider societal effects, like the cost of living and the pandemic, sometimes due to technological advances, like cryptocurrency. We are doing a lot of work with household names impersonated as part of online fraud schemes, but we’re also seeing family businesses increasingly facing the sort of scrutiny about their business dealings that used to be reserved for public companies.“

Talking about reputation protection, general advice can be given to prevent future crises from happening. Knowing how to efficiently protect confidential information and taking all the necessary steps towards the right direction seems a cautious manoeuvre. Rachel claims that “talking generally, in an ideal world, people would plan ahead. They would consider what public profile they want and take proactive steps to make this happen before a crisis hits.” She continues suggesting a careful approach towards the amount of data and details the individual should make public, as “often, the less information available about a person means there is less fodder when a story breaks. People need to work out which stakeholders matter and put a strategy in place to respond accordingly. Being reactive or scattergun doesn’t always work.“

Prince Andrew:What not to do

After a reputational threat comes into place, a call for action can be triggered, but this does not have to result in impulsive reaction. Amber outlines that “self-help by the individual under reputation attack can result in self-infliction of reputational pain, as evidenced by Prince Andrew’s ill-advised and ill-fated BBC interview. An individual facing reputational ruin should take the advice of reputation specialist advisers rather than speak to seek to remedy his reputation himself.” Amber goes on with her analysis on what to do, and not to do, after an offence has been received: “Whether or not to settle legal proceedings may be as a vital decision for reputation protection as to whether to bring proceedings. While noting his unequivocal denials of the allegations of wrongdoing levelled at him, commentators have nonetheless queried why Prince Andrew has not sought – or not quietly and successfully sought at least – to settle the sexual assault claim brought against him in the New York courts by Virginia Giuffre.“

Even if reaching a compromise can be a complex operation due to opposed versions of the ‘facts’, Amber suggests that “it can be the only opportunity allowing both parties to retreat, across a golden bridge, their reputations not further tarnished by the forensic examination of their evidence in court, and the endless attendant speculation and media interest, as the case progresses.” But generally speaking, Amber is firm in saying that “there is no one-size-fits-all recommendation for reputation protection. Success requires a bespoke, not an off-the-peg, response.” Dominic is likewise resolute when he states: “My general advice is to bring in an advisor that you respect and trust, and who does not always tell you what you want to hear. I am a lawyer, not a PR, but sometimes the wisest PRs know when to advise their client to say nothing at all“, while Chris stresses the importance of not just focusing on what will happen immediately after the crisis hits, but taking into account the consequences which will impact the individual’s future and try to act responsively: “Don’t think about tomorrow’s newspaper, think about how the issue will conclude and how that places you for life after the current event is over. How you are seen to handle problems has never been more important.“

The need for speed

Technology has undoubtedly impacted the reputation and privacy of everyone. Newspapers are still a matter of discussion and legal action is taken against print media, but social media get more attention in the present era. Dominic believes that “technology is at the heart of this area of law. Without a proper understanding of social networks, search engines, e-commerce platforms, communication technology, data processing, and cyber-threats, you cannot advise your clients effectively when they face today’s crisis and reputational threats. Of course, we continue to be asked to advise on stories in newspapers, but for one such complaint, we probably have ten when the information is exclusively digital.” Rachel reinforces the consequences of technology, dwelling upon the as necessary as instant call to action that social media impose when a problem arises on digital platforms. “There are certainly more claims against social media platforms in the present scenario. The key difference over the last 20 years is speed;– underlines Rachel, adding that –a client can’t say ‘I will think about your advice overnight and get back to you’; if steps need to be taken, action needs to begin immediately when digital platforms are involved.“

Information has evolved and, with the rise and development of the internet, it has acquired new forms and features. Amber reminds us that “the 1980s saw the invention of the internet, in some ways unsafe to public health, which grew into a flashy, eye-catching noticeboard where news and gossip, information and data, once pinned, can remain forever.” Hence, how should an individual behave when dealing with a reputational threat or privacy issue on social media? Amber points out: “Litigation may be the last resort of an individual battling with reputation-harming content online. But social media sites provide their own community rules and guidelines by which they and their users should abide, and a complaint against the site for abuse of their standards and policies may provide a much quicker, cheaper, and litigation-free alternative to legal proceedings to seek removal of offensive, harassing or confidential information.“

Recovering from reputational damage can be difficult, but not impossible and different scenarios can occur depending on the veracity of allegations. Rachel says: “There are many examples where people have recovered from reputational damage. In some situations, slam dunk allegations will stick. In other cases, it does not happen overnight, but with consistent and authentic steps, people can change behaviours and reputations. Of course, if allegations are false, they must be corrected to prevent reputational damage.” A factor playing a fundamental role in trying to gain someone’s reputation back is the support of other people which, in the case of celebrities, translates into a loyal fanbase. “While a fall from grace – alleged or otherwise – by a mere mortal may require significant rehabilitation to mend a broken reputation, the fall of a superstar may well be cushioned by the support of a loyal and vocal entourage.– Amber highlights the importance of support, adding that-the head of a family may have the love and support of his or her kin; the head of a business the respect and loyalty of staff and customers; the entourage of fans may be enjoyed by those more frequently in the public eye. While Britney Spears’ reputation has taken several knocks over her career, her loyal fanbase moved like a militia and was undoubtedly hugely instrumental in the ultimate success to Free Britney, restoring her global brand to good working order.”

Another key aspect in the battle for reputation is correctly analysing what happened and acting on it so that, if mistakes were made, it is clear to everyone that solutions were promptly introduced. To this regard, Chris focuses on the fact that “how you manage problems and how early in an issue you start making the right choices is the surest indicator of an ability to recover and prosper afterwards. We live in societies that believe in rehabilitation for all but the most severe issues. Often with reputation challenges being able to debunk misinformation and control the narrative or handle genuine errors in the right way gives you the platform to recover.“

“There is rarely ‘no way back.– confirms Dominic, who assures usthat –if a client is prepared to take and follow good advice, reputations can be repaired, and privacy restored. I am a great believer in resilience, and even when there is the need to admit fault, decent and talented people should be given the opportunity to rebuild and thrive.”

Whether a threat is as old as time or is a high-speed post in print or digitally, take heed from legal experts and act fast. You can always be helped and supported, but the advice here shows that a bespoke strategy will be needed to make sure the right path towards recovering your reputation is taken.

Citywealth caught up with Chris Hunter, CEO of Cambridge Associates Ltd UK, to discuss investment strategies and the growing focus on ESG. END_OF_DOCUMENT_TOKEN_TO_BE_REPLACED 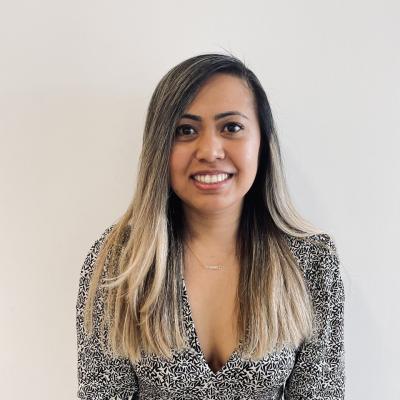 Goodman Derrick LLP is pleased to announce that Kai Jones has joined the private client team as a senior associate. END_OF_DOCUMENT_TOKEN_TO_BE_REPLACED