Ever dreamt of owning your own private island, superyacht or Monet? For the UHNW, these dreams are a just a purchase away on a black Amex but, our advice is think before you shop, purchases aren’t without their problems. In order not to fall foul of tax laws and regulations, taking tax advice is something to think about. Citywealth’s April French Furnell asked luxury asset lawyers and tax advisors for the pitfall’s clients have encountered and some tried and tested advice.

Following in the footsteps of Colin Tennant who first bought Mustique (the island formerly known as Mosquito), Donald Trump who wanted to purchase Greenland or Richard Branson with his Necker Island, your search might bring you to the desk of Edward de Mallet Morgan, partner in Knight Frank’s Global Super Prime Residential team. De Mallet helps clients purchase their dream islands. “Clients usually have an idea about where they want to be geographically, whether that’s an island in the Mediterranean or a region within the tropics: French Polynesia, Thailand, or the Caribbean”, says Edward, so pinpointing locations first is advised.

Be wary: restrictions and limitations

While buying a private island might sound glamorous, it is actually just the same as buying a slice of land. Nic Arnold, Tax Director within PwC’s Private Office team, explained; “Jurisdiction is key. You need to know the local rules and regulations that apply.  For example, are there any restrictions on the land use, what is the tax profile of the land and are there any tax obligations to be aware of? Can you build on it? Can you use it for commercial purposes?”.

“It is also important to include tax in your due diligence to understand the island’s tax history and any obligations that you as the buyer could pick up based on the vendor’s historic use of the island”, said Nic.

When Richard Branson bought Necker Island in the British Virgin Islands for $180,000 in 1978, there was only one condition: that he build a resort on the Island within four years. For an island that has no services or engineering in place, developing it could be a “5 to 15-year exercise” according to Edward. “Most of my clients want to be able to buy an island that’s considered a ‘turnkey’. They want to be able to arrive with all the infrastructure in place so that it is just a question of making sure the accommodation, location and size of the island is appropriate for the individual in mind”.

“When it comes to the purchase itself, it’s important to understand your position. Are there transaction taxes to pay and who’s obligations are they?  Once you own the island, you need to know whether there will be ongoing taxes, such as an annual wealth tax or local fees for example. Also, its often wise to understand upfront what your obligations would be on the sale or gift of the island sometime in the future”, added Nic.

Perhaps a superyacht is more to your taste, offering you a floating gin palace from which to explore the world.  One of the most important factors to consider when buying a superyacht is the rules and exemptions for paying tax for the purchase and management of the yacht, explained Matthew Montgomery of superyacht law firm Jaffa & Co. “Each country has its own tax scheme with its own implementations, administration requirements, and interpretations. Some countries are known to have particularly favourable tax rules such as Malta and the Marshall Islands.”

“If the yacht is not going to be used in the EU then the purchaser shouldn’t have to pay EU VAT on the cost of the yacht, as long as she does indeed leave the EU when the owner takes delivery. However, if the yacht is being built in an EU shipyard and the owner is purchasing luxury items to place on board, it’s important to understand when VAT would apply on these items. In some cases it might be appropriate to use a customs warehouse to temporarily suspend EU VAT and customs before the item leaves the EU with the yacht. In other cases, items such as furniture and artwork might be purchased under the shipbuild contract such that VAT is not suffered when the item won’t be used in the EU. However, with both approaches careful understanding is required of the rights and obligations under the build contract”, said Nic.

Earning from your yacht – the tax sniff test

Some owners want to operate their yacht as a commercial charter vessel. This changes the tax profile of the yacht and may entitle a business owner to reclaim certain VAT costs. However, this can be complex and must be fully understood. “EU tax authorities will look closely at whether a charter business is being run correctly and are likely to challenge any business which is not. They may well consider whether items on board the yacht, or the nature of the yacht’s use, indicate private rather than commercial operation for tax purchases”, said Nic.

One development to watch is the Monaco Leasing Scheme, highlighted Matthew. “The scheme is slowly gaining traction and is relatively new. This scheme requires EU individuals to pay a small amount of VAT to defer the full VAT liability on the superyacht itself, but does not give you VAT paid status”, said Matthew.

Purchasing artwork of considerable value can raise a red flag with the UK tax authorities. International taxpayers residing in the UK, considered ‘resident non-domiciled’, are being questioned by the UK tax authorities about the source of funds being used to purchase artwork, which has taken some clients by surprise, according to Michael Lewis, director at Frank Hirth. “We know they are reviewing in detail, sales made through UK galleries and auction houses and also looking carefully at the declarations made when calculating import duty or VAT”, said Michael. “This new proactive stance is something which has only been seen in recent years”.

Certain trusts can bring tax reductions for those with art collections, says Andy Sams, director, client advisory, London at TwinFocus, a Boston based multi-family office. He cites an example of a South American family who own a significant portfolio of artwork partially owned by a Bermuda Charitable Trust. “The family asked us to re-evaluate the overall structure and so we are evaluating the benefits of migrating the ownership to a US-based domestic trust. This is because this family has significant real estate and business operations in the U.S. that can benefit from charitable tax relief.” He continues, “It’s important to consider the families’ overall global tax position. We have seen many cases of tax inefficient donations and philanthropic structures that have focused on one jurisdiction only and failed to account for the family’s global tax and balance sheet.”

The result? You guessed it, tax penalties.

The world we want

END_OF_DOCUMENT_TOKEN_TO_BE_REPLACED 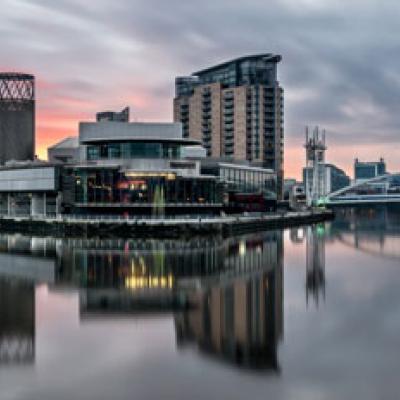 After years in the doldrums, the property scene is proving both a magnet for, and a generator of, a rise in the fortunes of the North West's high net worth individuals. END_OF_DOCUMENT_TOKEN_TO_BE_REPLACED