Nathan Hayes, Head of IT and Infrastructure, Osborne Clarke

Nathan Hayes is head of IT and Infrastructure at Osborne Clarke where he is celebrating his tenth year working in legal It. Based in Bristol, he heads up a team of fifty to operations of what has become a multi centre law firm with around seven hundred staff.

Strangely he started off in architecture and theatre, completing studies as a stage designer. As he sought a career path, he was taken by developments in the artificial environment space which later evolved into an interest in technology allowing him to use his science background and draw on his personal interest in IT.

His first tech job involved application translations for a global distribution company with a ¬£100 million turnover, hundreds of staff and around thirty offices. He had to manipulate the screen interface to accommodate different languages which he says was a simple process using a standard forms interface. This coincided with Microsoft NT Beta being unleashed onto the world so Nathan eventually took on responsibility for implementing the final release of this and Exchange. “It morphed into a wider role and I also took on responsibility for the company’s BBS (Bulletin Board System), a forerunner to the internet.” He helped develop the BBS (dial up access) for software distribution so customers dialled in and accessed software on line. Nathan says of this point in time. “They had a mini which ran the financial and distribution side of the business but no email and limited office tools, it was back in 1995.” He built an IP network with NT4 and Exchange to give users access to the internet and email which was rolled out internationally.

Eventually the excitement of jet setting around the world paled and Nathan looked for a role that would allow him to invest more time in his personal life. He found the position at Osborne Clarke in 1997 and joined expecting his work life to simmer down but says: “I was wrong. It was on the cusp of law firms really taking IT to heart.” He started as network manager with a single employee with two hundred and fifty people, two offices and the big news was a new office opening in London.

He took on the role of head of IT about seven years ago, then three years ago also infrastructure which means taking care of the buildings the firm occupies. Nathan comments “The synergies between the two were growing so we simply integrated the teams. I don’t think a good working environment can be achieved in isolation, the two work in harmony.” He says it brought benefits in terms of internal co-ordination, for instance if there were queries about placing air con or MFP (multi function peripherals) within the building it meant his combined team had the answers. “Everything is relatively complicated in terms of procurement and contract management and drafting so we train our people on procedures and use both an internal Procurement Manager and a third party company called Amethyst to co-ordinate our tender process. They provide benchmarking on costs.”

Osborne Clarke has offices in the UK, Germany and the US: Bristol, Reading, London, Munich, Cologne and Palo Alto and the firm has a strong technology law capability. “The US is a conduit to bring work into our European offices.” Says Nathan. We are an opportunistic firm; if we see a market not being well served we will certainly consider it.” Osborne Clarke recently hired a property team from Clarke Wilmot to extend their strength in the property department.

Of the fifty staff he manages he says twenty two are pure technology and Nathan spends most of his time on delivery and developing strategy. “We have globally centralised IT which we continually evolve, although we also have significant points and goals to aim for. We run IT in line with the firm strategy and ambitions. Osborne Clarke were just featured in Legal Week who reported that their profits per equity partner surged by a fifth to reach ¬£511,00 up from ¬£425,000 last year. Fee income rose from ¬£74.1 to ¬£82.8million. Nathan says managing finances has its problems. “I have to be on the ball and make decisions to purchase ahead particularly in growth phases but the balance is not to overdo it or it affects the bottom line. It would be easy to haemorrhage money.”

As we are on talking about financial issues I ask about budget. Nathan says the firm assess IT proposals in the first quarter of the year otherwise outside of this they have an “Expenditure Request” process every quarter where meetings are held with the COO and Managing Partner but this is for emergencies only or where a real opportunity arises. Decisions are made by Nathan and a steering group made up of stakeholders that include the Managing Partner and COO. Vendors are asked to tender for work and the first stage will be down to Nathan to compile a vendor short list which he does via industry peers and using knowledge internally. They then send out a request for information with a proposal and go through a 3 to 4 week tender process but this can stretch to six months on large projects. “We follow a well documented trail so that we don’t drop the baton.” Budget was just over 3% last year which is on the low side in the industry but Nathan says it will rise towards 4% next year to reflect an increased investment phase. “One of our key performance indicators is to keep spend below 4%. I want an above average service for below average cost delivered to the business.” Products and services under review are Workshare, Outsourcing, video conferencing and e- discovery and over the next year or so Exchange 2007, Live Communications Server and MS Unified Communications; Office 2007; SharePoint 2007 in terms of Intranet development ; Enterprise/Federated Search ; High Availability Systems incorporating Virtualisation/Centralisation and a global, fault tolerant, MPLS WAN with dual fail over Data Centres.
Like Chris White at Ashurst, Nathan isn’t keen on in-house development preferring the off the shelf solution. “We aren’t a software house so don’t develop code ourselves, it’s too expensive. If we we were a much larger firm then it might make sense. I think ready made software gives the best bang for your buck for a firm of our size.”

When he arrived at Osborne Clarke they had an in house developed DM system which he binned in favour of Interwoven (it was iManage at the time). He says he chose Interwoven because it was more in tune with Microsoft roadmap than competitors. They also had two separate networks so he introduced a period of new developments including network integration; InterAction and replacing Norwell with Thomson Elite. “All this took us to a few years and we are still adding new systems and services.” Osborne Clarke just signed with Metastorm for BPM. They did review competing FloSuite but decided to go for the larger sized vendor for business safety reasons. “Also although there were some technical advantages to FloSuite, Metastorm have pods that are prebuilt which helps with rapid application delivery.” Says Nathan.

Another project Nathan is keen to talk about is their file and DM project. “We reengineered the document lifecycle, from inception through to archiving, image review, file and doc review and records management. We are using Interwoven around the matter centric filing then we’ve put together technologies like eCopy, MFP’s, interwoven, records management, archiving and connected processes in between to encourage use of our software to increase productivity. “We are seeing some benefits but have had to put some things on hold for a short while because of technical problems with the profiling of emails. Osborne Clarke bought the systems through Phoenix who are “doing a good job and getting the job done.”

Nathan says he is really looking forward to seeing more opportunities grow from this project. “It won’t be just about storage reduction but about the reduction in storage movements.” I ask about eCopy as some law firms have been a bit sniffy about it suggesting that a scanner and computer can do the same job. “eCopy is a very good product. Trying to see and use the embedded screen on an MFP to do the same thing is laughable. You just can’t see it. We want to reduce the barriers for knowledge workers to use such technology not increase them. With eCopy you log on using a normal keyboard and large touch screen, it picks up info’ about who you are and it scans directly into interwoven via matter workspaces. We have to make life as easy as possible. Otherwise people won’t do it.”

So the run down on technology is ThomsonElite, Tikit/Interaction, Metastorm, Visualfiles for case management, Interwoven, Mimecast, Kvault and Lightspeed security. Osborne Clarke unusually don’t have cost recovery. “We built the cost into hourly rates and decided managing an automated cost recovery process didn’t make sense. Although we do keep reviewing it.”

Of the best product Nathan has seen Blackberry wins the day. “It’s the best thing out there at delivering pertinent information on the move although I do think once Microsoft get a grip in the next three years that Windows mobile will be a tough competitor. InterAction took the longest to implement because of the cultural re engineering required. “Network mapping technology may prove a useful tool for helping staff work out who knows who more quickly.”

Of events in the sector, Nathan says he really enjoys attending them. He recently attended By Legal for Legal, is off to the Incisive Media Portugal event next week, plans to go to Informa Turnberry event in the autumn and “would like to go to ILTA USA at some point in the future.” He says Portugal was very interesting when he attended last year because it focused on strategy. 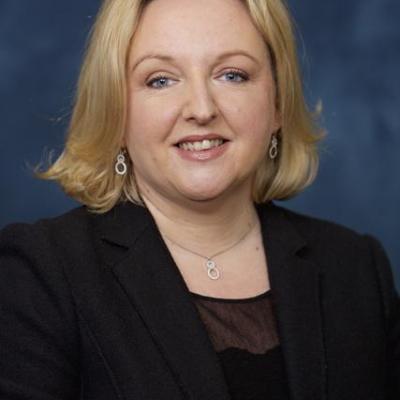 Successful women have three things in common: they own it, they network and they give back

Gail McCourt, head of client experience and Wanda Brackins, head of global diversity of RBC Wealth Management, comment below and add that RBC's board of directors has thirty-one per cent women and three of the seven executive members reporting to their CEO are women. END_OF_DOCUMENT_TOKEN_TO_BE_REPLACED