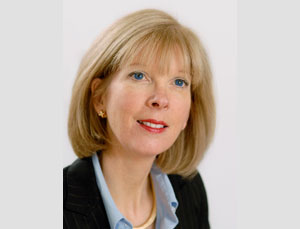 Julia Onslow-Cole, partner and head of global immigration of PwC, talks about the ramifications of the refugee crisis and the impact on European countries.

How is the Syrian crisis affecting the private client industry and your work with UHNWs?

The crisis has significant ramifications that are not immediately obvious. Not only is it the most terrifying humanitarian disaster in recent history, but it also has an effect on the question of the EU and how countries define freedom of movement, one of the basic rights for EU citizens. The crisis might also affect the European referendum in 2017 where we decide our European legislation because the Syrian conflict has thrown immigration into the spotlight.

Do UHNW individuals apply for asylum when they arrive in the UK or do they seek advice on other forms of immigration?

They are very hesitant to seek asylum because refugee status will restrict their ability to go back to their country when the conflict ceases. Ultra-high net worth clients will most often not want to seek asylum, although it much depends on their circumstances. These clients are often more interested in making investment and apply for investor or entrepreneur visas.

Where do UHNWs head to when they are forced to flee?

Many countries now offer economic citizenship, for example, Malta and Cyprus. There are also schemes leading to permanent residence and citizenship in Spain and Portugal. We see a lot of Syrian refugees settling in these countries, plus London remains a popular destination.

What are the other issues around UHNW immigration?

The refugee crisis is affecting every country in the world, even continents like Africa, where all countries are now very concerned about protecting their borders and resident labour. This is especially so for countries that were affected by the drop in oil prices who are now very careful about who is working on their territory because they want to give jobs to their citizens. With the growing economic uncertainty, countries are increasingly concerned about protecting their resident workers, and it is becoming harder for businesses to move people around.

What trends do you see in immigration?

Another important issue around UHNW immigration is that companies are increasingly sending people in and out of the country for very short visits, ranging from a couple of weeks to five or six months. This is an immigration headache because companies simply need people to travel more and more quickly and for shorter periods of time. A number of clients get into trouble with visa restrictions. There is also a tax issue because the employees don’t keep track of where they are for tax purposes. We see the whole problem of short-term visitors as a very complicated area.

He has acted on one of the largest limited partnership stru

END_OF_DOCUMENT_TOKEN_TO_BE_REPLACED

We’re probably all guilty of not listening enough. In my role it’s fundamental that I listen to clients. Martyn Gowar recently reminded me of a quotation from the Rockefeller family.  It’s a great message and perfect for us all as trusted advisers:
‘A wise old ow