The Opus Group: Grow from acorn to mighty oak

London, New York, Geneva, Zurich and Hong Kong are home to some of the biggest names in the wealth advisory world, but they are just about to get some competition, say Guernsey based Opus Group who just thrust themselves into the spotlight with the super hire of Andrew Young, formerly at LG in London. London, Dubai and Guernsey are set to see expansion plans from the Opus Group that will include further senior hires, two new offices and more wealthy ultra high net worth clients.

Although Shane Giles, the founder of Opus is a well known figure in the private wealth industry, particularly as his career has spanned organisations like MeesPierson, the Opus Group is less well understood. In an exclusive interview with Young and Giles, Citywealth got the inside track on the growth, client base and ongoing expansion which will see Guernsey benefit from Opus being a hub for their billionaire private clients.

Before entering the trust business Giles, was about to become a professional footballer, with an apprenticeship at Everton but a knee injury dashed his chances at sporting stardom. He went back to the career drawing board and back to Guernsey in 1982 and started working with Nat West qualifying in ’87 as a professional trustee. His sporting determination saw him catapult up the trust career ladder, and he later moved to Rea brothers bought out by Close before moving to MeesPierson where he became head of trusts.

Starting Opus Group in March 2002, Giles, who is a keen golfer and photographer, says, “The reason I set up Opus was that I realised, I could do a better job for clients. I was working at MeesPiersoneffectively as a financial butler, when three families approached me to work for them privately.” It co-incided with the zeitgeist that was stirring up, which was to move trust investments from tied banking products to open architecture. “Although I enjoyed my working life with MeesPierson,” says Giles, “I felt the trustee and investment businesses would need to operate more independently so I decided to make the change.” He eventually left MeesPierson and managed to secure those three clients in the exit deal. One European based family who supported him from the outset was the well known founder of one of the giants of the global retail supermarket world.

Giles, who is married with two children, started out offering pure fiduciary services but rapidly expanded into the multi family office space as he was asked for broader help from his families with their wider affairs. “We became a central part of the management of all our families wealth.” He says. The European family introduced Giles to two further substantial families and says at that time, he simply went in expecting fiduciary work but it became apparent immediately that there was a bigger task at hand. “I was asked on the spot to review their entire financial affairs including private banking, insurance, investment management and tax planning.” He got busy with his contact book and brought in relevant experts to get working with these families straight away. “Having these seed corn families meant we had the business underwritten and a good income stream from the word go”.

He says the idea of a small dedicated office prove attractive to some significant clients, “it provided certainty that the relationship would remain stable for a twenty year period”. Opus have grown since then and now manage fifty families with the top seven being worth over a ¬£1bn each. Their biggest client is worth over ¬£20bn and the smallest are still in the tens of millions. “On the trust side we administer over one hundred and fifty structures.” The growth has been phenomenal but Giles says their success is also attributed to the early help given to them both from clients and important names in private wealth including Dyke Arboneaux, Bryan Cave, William Simpson of Ogier in Guernsey and Caroline Garnham then at Simmons and Simmons (now LG) as well as Andrew Young himself. “Our main benefit was being owner managed, it made clients happier and brought in more referrals.”

Opus was started by Giles and a former MeesPierson colleague Karen Cleal. Karen had earlier worked within Lloyds TSB Offshore as a trust manager. Then in 2005 Opus Group made a further significant hire with Craig Wilson. “He was brought in to help deal with a particular Middle Eastern client but has also been at the heart of our focus on growing our family office operation.” Says Giles. “We have a pipeline which will see us get up to hundred families and we plan to grow to thirty staff.” Opus have eleven staff in Guernsey, two in London and three in Dubai.

Rare Private is a separate division of the business that Giles says has done particularly well recently. “Although our core business is fiduciary and private office services we’ve quietly been building our deal broking capability, working with a number of our prominent families in Europe, the Middle East and Asia.” I suggest the name Amanda Stavely, who is known for orchestrating the Manchester City deal with Sheikh Mansour bin Zayed al Nahyan who is the brother of the ruler of Abu Dhabi, the biggest of the United Arab Emirates, and has access to an estimated fortune of ¬£550bn, but Young, who joins Opus on November, 1st, interjects and says. “I’m sure Shane wouldn’t begin to compare his deals to that one but Opus do have some substantial developments underway and some are with Middle Eastern families.”

An example of their Rare Private work comes from one of their families with a luxury brand company in Italy. “Our clients’ brand is strong in Europe, the US and UK so we suggested introducing them to our family connections to open up the Middle East and Asian markets for them and help with global expansion, which is now underway.” Deals also include major central London property developments being driven by a Middle Eastern family. They also negotiated the sale of one of London’s biggest private residences which was sold between two of their clients. Despite the opportunity to run investments, Giles is quick to confirm that Opus Group don’t do so. “Managing assets is not our speciality so we work with family office and private client asset managers including Lord North Street, Sarasin, Sand Aire, Stenham, Unigestion, Julius Baer and Schroders.

“Clients tend to use London as a hub, which is why Opus has decided to open an office there. The Gulf and wider Middle East still have a great pool of wealth and we have several clients in that region, so it’s also essential for us to be there. Opus believe very wealthy clients don’t want to have constant meetings with different advisers in different countries they want their affairs orchestrated by a single trusted point of contact and are pro-active in offering that service.” Says Young. “Opus are also hiring locally in Dubai and have just taken on a top trust specialist Brian Carey, ex HSBC, because they believe there is a lot more trust and private family office business to be had in that region.”

Young will remain based in Dubai and says amiably of his move “same dinner party, different chair”. He will remain visible on ‘the circuit’ and confirms he will be a fully fledged business partner with Giles in the Opus business. “Their business has grown too big for one person to manage alone: this is the next stage in their development.” Young and Giles will split the executive role at Opus between them with Young having more of a Middle East and Asian leaning whilst Giles will focus on UK and Europe.

Giles says the culture is pro active, with the aim to give clients and intermediaries peace of mind. “The staff are on the same wave length and we have more flexibility than many institutional trust companies: they often just want pure vanilla trust administration involving financial assets – they don’t like boats or planes.” He illustrates this with his client base again. “A big Middle Eastern family has over twenty structures with Opus. The father of the family impressed on his fifteen children that they should stay close to us and we have become central to the family governance plan. We’ve put together a pre agreed plan for several generations covering their global asset base which is usually beyond the remit of the pure trustee.”

Whilst working with new family clients around the world and growing the business from an acorn into a fully fledged tree, Giles says he hasn’t lost a client or an employee from start to now. Giles tells us why. ” I love the fun of the job, it’s like being part of each family, I am passionate about the business and my clients and staff can feel it.”

And on the legal or not legal systems debate? "I think we are
pretty good at making anything work, but I would prefer to use
legally orientated software. I am intolerant of systems going down and spend time testing everything we do before going live." I ask what this means in practice.

END_OF_DOCUMENT_TOKEN_TO_BE_REPLACED 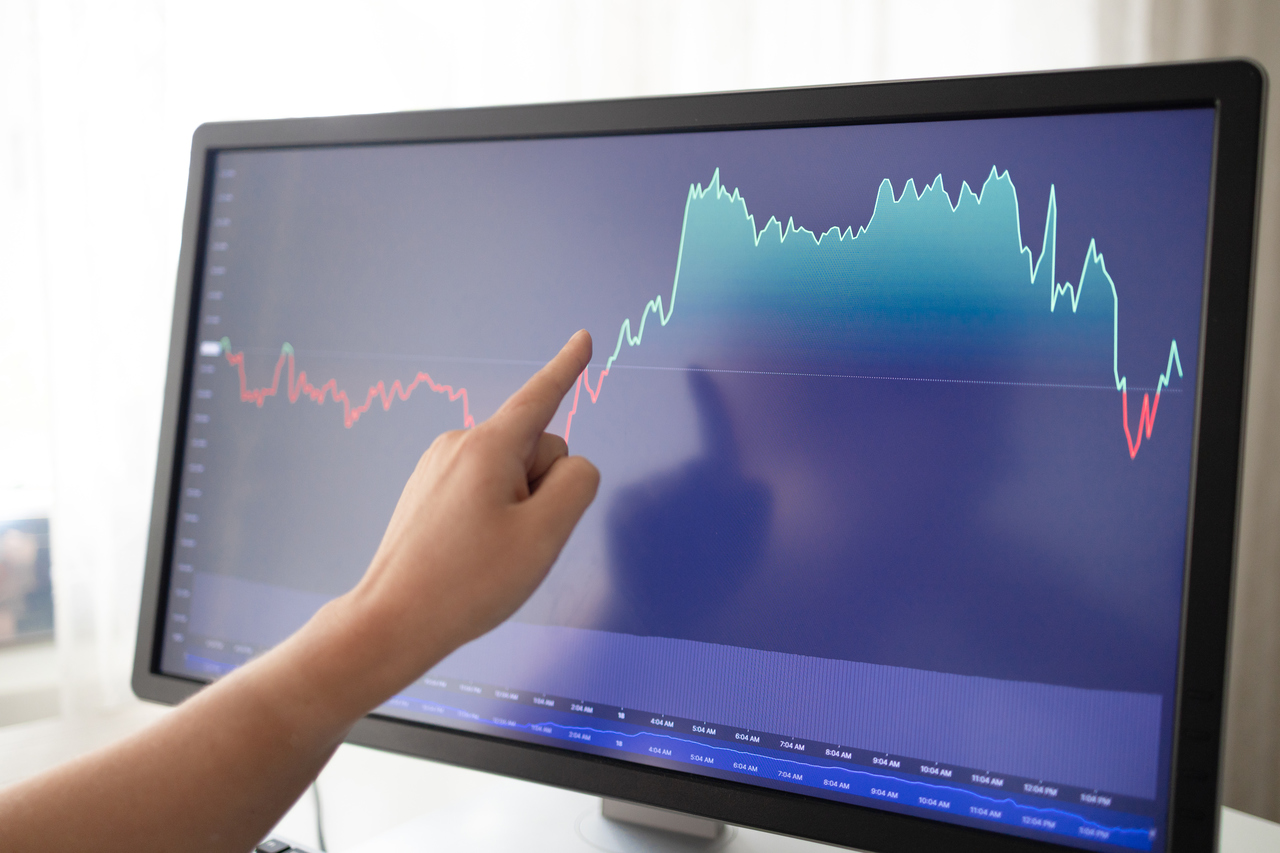