Techpreneurs – the ups and downs of becoming a tech billionaire

Over the past two years, the wealth of tech entrepreneurs has increased at a dramatic rate, allowing tech billionaires such as Amazon’s Jeff Bezos and Tesla’s Elon Musk to achieve world domination. This trend has been accentuated by the coronavirus pandemic, with UBS describing it as a “key moment in economic history” in their 2020 Billionaires Report. According to their research, during 2018, 2019 and the first seven months of 2020, technology billionaires’ total wealth rose by 42.5% to USD 1.8 trillion, supported by the surge in tech shares, compared to a smaller increase of 19.1% for the billionaire class as a whole.

So how do other tech entrepreneurs ensure their start-up is on the right side of this trend? Citywealth called upon the expertise of lawyers with experience advising tech companies from seed through to fundraising and exit, as well as investors and techpreneurs themselves, to find out the secret to ‘crossing the chasm’.

A good starting point is to be “utterly devoted to your business”, said Tony Littner, a partner at Harbottle & Lewis in London and one of the Leaders List Tech Top Ten lawyers. He describes the journey as a satisfying yet hard one, and ideally not one to be undertaken alone. “Be prepared to recognise your own shortcomings and know you cannot do everything; bring others on board who can fill these skills gaps”, he added.

Cross the t’s and dot the i’s

There are three pitfalls entrepreneurs should avoid. The first is not protecting IP early enough. “IP is typically a core asset of an early stage tech company and there may be simple and inexpensive steps that can be taken at the outset to save a lot of trouble later down the line. Examples include ensuring that anyone who has developed IP on the company’s behalf assigns it to the company so it is actually owned by the company and not partners and if you have a strong brand to get it trademarked in the appropriate classes and jurisdictions from the outset”, said Littner.

The second pitfall to avoid is issuing shares too late. “Ensure shares are issued to founders and key employees at the earliest possible stage when the company has no value to avoid adverse tax consequences”, advised Littner. Finally, the third pitfall to avoid is checking that the appropriate employment agreements are in place. “Key staff should be locked into appropriate employment agreements with the company containing matters such as termination provisions and restrictive covenants”, added Littner.

Having been there for the duration of the journey on multiple occasions, we asked Littner, ‘what is the absolute key to success?’ “It’s typically a result of strong management and robust technology and the ability to pivot, be nimble, take risks and sense opportunities but also a large slice of luck”, he answered.

Accessing investment is another challenge that tech entrepreneurs often face in their journey. “Raising a pre-seed round is very hard”, commented Rémy Astié, CEO of Vauban, a tech platform enabling anyone to co-invest in private companies. Speaking from his own experience he shared, “What worked for me is to approach people on LinkedIn that you are likely to have a genuine connection with based on background and interest and that you know have significant income or assets. For example people that have senior positions in investment banks, PE houses, consulting firms or hedge funds, rather than going for the people that openly call themselves angel investors who already have hundreds of requests.”

The ability to network to find investment cannot be underestimated. “Over time I’ve become more convinced that the most successful people are successful because of their professional teams and their ability to network. It’s impossible to access investment and find opportunities as an entrepreneur or investor without proper connections”, added Konstantin Sidorov, founder of the London Technology Club. The LTC was founded in 2018 as a tech investment club to connect private capital with VCs and institutional investors to fund growth and late-stage technology companies. The club has successfully invested in AirBnB, Monzo and Revolut and more recently, LTC has contributed to funding rounds in Agronomics, Refelktion and Outdoorsy. Sidorov is a tech entrepreneur himself, having founded his first tech company in Moscow in 1992. Over time he has become both entrepreneur and private investor and he says he is frequently asked by investors who he is investing in, how much and why. “One of the reasons for launching the Club was to share this information with like-minded individuals and facilitate introductions”.

For those successful entrepreneurs whose idea takes off, they shouldn’t rest on their laurels. Our final tip is from John Younger, managing director of business owners and entrepreneurs at RBC Wealth Management who advises that entrepreneurs should prepare a nest egg in the case their technology company only makes money while it is in fashion. He said these “new age” entrepreneurs need a reserve. “It is fundamentally important to advise them ‘when you can, you have got to put aside a bit of a nest egg,’ because in particular, that type of wealth generation is at risk, especially at risk of disruption of the next tech-based entrepreneur fad”, he said.

Search for technology advisers on our Leaders List under lawyers, trustees and accountants. 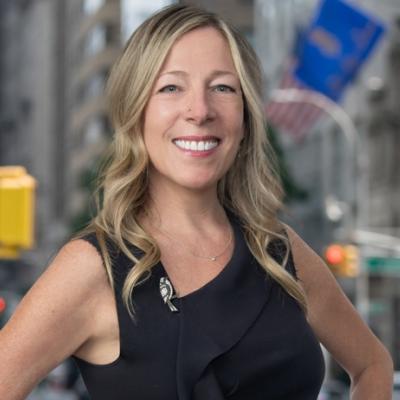 Citywealth speaks to Amber Melville-Brown, Partner and Global Head of Media and Reputation at Withersworldwide, who manages the reputation and protects the privacy of high-profile clients. END_OF_DOCUMENT_TOKEN_TO_BE_REPLACED