Tech island: the Isle of Man

“Entrepreneurial by nature” is how Michael Crowe, CEO of Finance Isle of Man, described the island to Citywealth’s April French Furnell on her recent visit to explore the Isle of Man’s offering.

Home to a population of almost 85,000, the Isle of Man measures 221 square miles, and occupies a central position in the Irish Sea and the British Isles. A Crown Dependency, it enjoys a high degree of domestic legislative and political autonomy and its parliament Tynwald is the oldest continuously operating legislature in the world. With such a long history, the island is no stranger to reinvention, from being a tourist hotspot back in the 60s to developing a flourishing financial and professional services market in more recent times. Its ability to adapt and be nimble has caught the attention of a certain type of High Net Worth Individual: the tech entrepreneur.

When asked why tech entrepreneurs are making the Isle of Man their home for their businesses and families, Crowe responded: “The government and the private sector work closely together so people have access to decision makers. There is a lot to offer entrepreneurs who are looking to bring across a business, or buy and sell businesses, from the resilience in our infrastructure in terms of generating our own power, and accessing different data points; it’s a stable option.”

The Island’s move into the gaming sector in the early 2000s is a great example. The Isle of Man now holds an international reputation for being at the forefront of the eGaming industry and has developed a robust power and telecoms infrastructure including six world-class data centres served by six under-sea cables with direct links to Europe and the USA. Alongside the infrastructure, gaming companies, such as PokerStars which moved its headquarters to the island in 2005, also benefit from a supportive ecosystem of lawyers, accountants and fiduciaries with direct experience in online gambling. Income from eGaming now accounts for 17% of the overall economy.

The Isle of Man has made a similar move when it comes to blockchain attracting entrepreneurs setting up businesses in this field, and its latest venture is the insurtech market. Simon Pickering, Head of Insurance and Pensions at Finance Isle of Man is leading the development of the insurtech ecosystem and said. “Insurtech has great potential for the island, for what is our largest sector within our thriving economy, this is why entrepreneurs in this space should take advantage of the infrastructure and the opportunity to test their products with our leading global brands.”

However it isn’t just the ecosystem and infrastructure that is proving popular with tech entrepreneurs; lifestyle is also an important part of their decision to select the Isle of Man as their home. With 95 miles of coastline, watersports are incredibly popular among residents, as are motorsports with the island being home to the motorcycle road-racing circuit, the TT course. There’s also a growing food and drink scene, good schools and a university campus. For those who want to switch off in nature, the Isle of Man is the only Island nation to be awarded UNESCO biosphere status, making it a unique ecosystem to work and live.

To find out how this work/life balance operates in practice, Citywealth spoke to serial tech entrepreneurs Nick Williamson and Laura Bailey who decided to set up an Isle of Man office in addition to their London office for their latest project Mirror Identity and have chosen a farm on the island to call home. Mirror Identity, which they co-founded with Imogen Benson, is a technology product which aims to significantly improve the client onboarding process, combat fraud and increase security. Williamson, who previously lived on the island while working for PokerStars, and his partner Bailey, said:”For us the island has become home and we’ve made a strong group of friends over the past year. The access to London and international travel when required, coupled with the resources available to support our business on the island itself, has made it the perfect location from which to grow our company and hire talent locally.”

The search for space and rural life whilst only ever being at most a 30-minute drive away from the capital Douglas, is popular with many prospective buyers. As are the lack of restrictions for new residents and investors when purchasing and renting property, ensuring they have the full pick of the market.

Tim Groves, Residential Director at estate agents Black Grace Cowley said, “Prospective buyers are looking for location, quality and privacy. The abundance of space on the Isle of Man provides the discerning purchaser with opportunities island-wide, especially in excess of £1m.” While waiting for the perfect property, it is common for those moving to the island to rent and the rental market is also evolving to meet this growing need, according to Groves. “We’re seeing more homes becoming available for private renters in the more exclusive parts of our market.”

For those looking for a supportive environment from which to launch their next technology business, the Isle of Man certainly makes sense. And one thing is certain, this is not an island which will rest on its laurels. “The island itself is still growing and developing, we have a strong and stable foundation but we’re not the finished article yet”, said Heather Gordon, legal director at Martyn Fiddler Aviation. Unsurprisingly, this entrepreneurial island attracts many like minded people.

The Kotak Mahindra Group is typical of the success stories that are tumbling out of India. The company started life in 1985 and was founded by Uday Kotak, now a billionaire banker, who was born into a prosperous, Indian family.  Offered a ca

END_OF_DOCUMENT_TOKEN_TO_BE_REPLACED 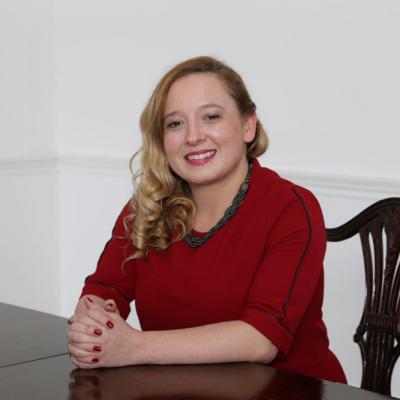