Experts from Stanhope Capital comment on the market moves and economic news:

Since the 27th November, we have done little to change our defensive stance despite the short term rally in risk assets. The EU Summit on the 9th December simply confirmed to us that growth in the eurozone is off the agenda for the time being and that a significant contraction in eurozone banking capital is likely in order to restore balance sheet stability. In light of this, we are reviewing our equity exposure and may consider another reduction in the coming days using the recent rally as an opportunity to lighten.

There was a splatter of good news over this period that has driven markets higher. The S&P 500 is +5.4 per cent, MSCI AC World Index +4.3 per cent, FTSE 100 +4.2 per cent, MSCI Europe +4.8 per cent, Nikkei +3.0 per cent and MSCI Emerging Markets +2.5 per cent. Credit markets also performed well according to the Bank of America Merrill Lynch indices, with US investment grade returning +0.1 per cent, US high yield +2.2 per cent, European investment grade +1.4 per cent and European high yield +2.6 per cent.

Previously, we wrote that yield curves flattening in the US and UK sovereign debt markets. These curves have again steepened after recent good economic data in the US and promising services PMI data in the UK. In the US the difference between two year and 30 year Treasury yields moved from 2.68 per cent to 2.89 per cent. In the UK the move was from 2.69 per cent to 2.84 per cent. The German yield curve (used as a proxy for the European market) unsurprisingly flattened from 2.44 per cent to 2.35 per cent. Measured relative to the last 30 years, yield curve is very steep due partly to the poor near-term economic outlook and government policies of artificially anchoring interest rates.

In the US, consumer confidence is rising according to both the Conference Board’s index and the Reuters/University of Michigan index. Unemployment has dropped to 8.6 per cent after being above 9 per cent for most of the last two years. We will have to wait to see if this is a blip in the data or not as the decrease was partly due to the participation rate dropping to a 28 year low. ISM manufacturing numbers came in higher than expected reflecting 28 straight months of growth, albeit at varying speeds. On the other hand, house prices have fallen 3.9 per cent for the year to Q3 2011 and are now back at 2003 levels. The numbers suggest a corporate rich economy but not necessarily a consumer rich one.

The European crisis continues to make headlines. From the latest EU Summit two important decisions were announced. The first is that the Eurozone is committed to closer fiscal integration. The “fiscal compact” contains three elements, with details to be finalised by March 2012. They are: 1) Over the cycle, government budgets shall be balanced or in surplus with annual structural deficits not exceeding 0.5 per cent of nominal GDP; 2) If the fiscal deficit breaches 3 per cent of GDP it triggers punitive consequences; 3) Countries with debt in excess of 60 per cent of GDP will need to reduce slowly their total debt. For markets it was a case of “buy the rumour, sell the news” as markets rallied leading up to the summit and dropped thereafter. There are no specific details yet and the ironing out of these will no doubt make markets volatile.

The second important development is the UK’s unwillingness to participate in the treaty changes. This has made dramatic headlines across the country with fear being that the UK will be sidelined regarding crucial European decisions. However, we are of the opinion that due to the important trading relationship between Europe and the UK, the eventual consequences will be less significant than some envisage.

In regular economic news, the UK PMI services index rose slightly to 52.1 from 51.3 in October. Despite the headline numbers showing growth, the breakdown of the survey shows that jobs are being shed, business expectations are declining and new orders are rising at their slowest rate in almost a year. In Europe, the European Central Bank has cut rates by 25bps to 1 per cent.

In China, the Central Bank has cut reserve requirements for commercial lenders for the first time in three years, from a record 21.5 per cent to 21 per cent. Inflation in the country has fallen to 4.2 per cent which suggest that more cuts to reserve requirements are on the cards. Recently there has been a lot of press about a Chinese hard landing but we are of the opinion that due to the government’s grip on the economy (and printing press), a hard landing will be avoided. That said, the slowdown will be real and the growing realisation that China is not immune to the economic storms elsewhere will weigh on market sentiment. 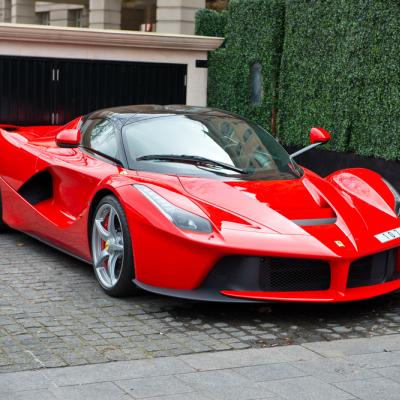 Last month a hybrid-powered Ferrari, LaFerrari Aperta, the removable roof variant of the Italian supercar built to celebrate its 70th anniversary, came up for sale at more than triple its reported original list price. END_OF_DOCUMENT_TOKEN_TO_BE_REPLACED