Since 30th October, we have done little to alter our defensive stance. We predicted that markets would start to ‘roll over’ as politics moved centre stage once again. With Greece and Italy leading the charge, this has certainly been the case.

Our portfolios have low volatility, with gold, cash, and inflation-linked and corporate bonds providing a buffer. We tactically reduced more volatile emerging market equity exposure back in mid-September, and our concentration on large cap, consumer-orientated blue chip stocks in the West remains the flavour of the day.

Another volatile fortnight. There was no discernible trend over the last two weeks, with daily swings in sentiment predominantly driven by politics, politics and more politics. The net change for equities was down, although it was not quite as bad as it felt at the time (unless you had taken a bet on European banks, that is – which we, needless to say, had not). The MSCI AC World fell by 2.6 per cent, led by a 5.7 per cent decline in Japan (still struggling from the strong yen and Asian slowdown fears), and then by Europe, which fell 3.7 per cent over the fortnight. European banks showed all-too-familiar weakness with the sector down 12.4 per cent on rising contagion fears as the bond yields of ‘major peripherals’ Italy and Spain soared. The UK, emerging markets and the US were relative outperformers, down 2.5 per cent, 2.1 per cent and 1.6 per cent respectively.

The key chart over the last couple of weeks has been that of Italian government bond yields. We reproduce the chart below (to this afternoon). Yields soared during the fortnight to a post-EMU high of 7.48 per cent, decisively past the seven per cent level which has heralded bailout time for Ireland, Greece and Portugal.

‘Super-Mario’ Monti must have enjoyed one of the shortest honeymoons on record. Two days of falling yields as the bond markets cheered Berlusconi’s departure, followed by a surge back upwards in the first two days of this week as scepticism returned. What began as a crisis for Greece, Portugal and Ireland has now unequivocally spread to Italy and Spain, which are both too big to fail, and also very probably too big (without either the help of the ECB, or significant concessions of national sovereignty) for Europe to bail out. The IMF also appears reluctant to ride to the rescue of the Euro, with both Timothy Geithner and David Cameron declaring that they would block any such action.

The risk-off mood was reflected in ‘safe haven’ sovereign bond yields, with the yield on Germany’s 10 year Bund falling from 2.18 per cent to 1.89 per cent over the week, the US 10 year Treasury narrowing from 2.32 per cent to 2.06 per cent, and even the UK (who would have thought it!) exhibiting signs of safe haven status with its 10 year Gilt yield narrowing from 2.61 per cent to just 2.29 per cent – near 50 year lows at least. The yen continues to defy its masters at the Bank of Japan, strengthening by 1.2 per cent since the start of the month and unravelling approximately half the effect of the Bank’s latest monetary injection at the end of October.

The macro picture remains balanced on a knife edge. In the US, the widely watched Conference Board leading indicator continues to point upwards (suggesting some economic growth ahead), but its pace of growth is certainly slowing. However both the OECD and ECRI’s leading indicators are pointing downwards (and the ECRI, who as we noted before have a good record of forecasting recessions, have cast their hat firmly into the recession ring). The US manufacturing PMI is around neutral at 50.8.

The equity market currently reflects this uncertainty with the S&P 500 oscillating around the 1,250 mark since the end of October. It is far from clear which way it will break, given the battle in investors’ minds between on the one hand another robust set of US quarterly earnings and macro data points which are now coming in ahead of very depressed estimates, and on the other hand ongoing political turmoil in the eurozone (and increasingly again in the US) and clear signs of recession across Europe (from October PMIs, industrial production, Q3 GDP, and the EU’s own slashed 2012 forecasts).

The eurozone remains a “known unknown”, but just because it is known should not make us complacent! It has the potential to surprise in either direction. While we are sceptical that the changes in government in Greece and Italy will do much to alter those countries’ underlying issues (primarily of competitiveness), there is certainly the potential for Europe to find a temporary solution in the form of money printing by the ECB. If the Germans could overcome their profound aversion to quantitative easing and allow the ECB to become a conventional lender of last resort, this would be very positive for equity and non-core sovereign debt markets.

However there is also the potential – indeed likelihood, in our opinion – for further disappointment down the autobahn. We read last week for example that independent ratings agency Egan-Jones predicts that the eventual haircut on Greek debt will be 85-90 per cent, based on the amount of sovereign debt Greece can support through its tax revenues. They expect further haircuts in Portugal and Ireland, as well as haircuts ahead for Italy, Spain and Belgium. That really would rattle the markets.

"A big trend we’ve seen is the USA is top American Harvard graduates going straight to India for jobs. The opportunities are better there, something the USA government isn’t happy with. Personally I think there should be less government involvement in private business

END_OF_DOCUMENT_TOKEN_TO_BE_REPLACED 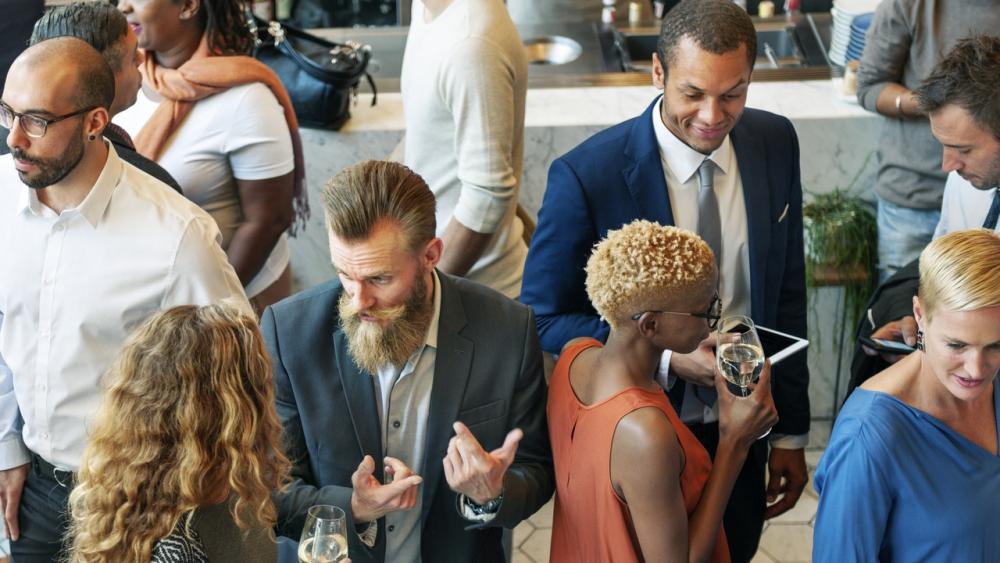 The Importance Of Networking

A focus on our WP Club and its members, talking about the role of networking in the current society, sharing common challenges and possible solutions for all advisors in the wealth management sector. END_OF_DOCUMENT_TOKEN_TO_BE_REPLACED