Boris Berezovsky and Roman Ambramovich are currently battling out a claim for substantial damages in the High Court for more than ¬£3.9 billion. This follows close on the heels of the largest divorce settlement in the UK between Galina Besharova and Boris Berezovsky for a sum in excess of ¬£100 million.

Prior to the Besharova/Berezovsky settlement, the case of Golubovich made headline news. The parties were both Russian. When the marriage broke down, the parties rushed to issue a Petition; the wife wishing to do so in the UK, the husband in Russia. The husband secured a Russian Decree. The wife pursued a claim following the foreign decree for financial remedies pursuant to the Matrimonial and Family Proceedings Act 1984 (as opposed to the Matrimonial Causes Act 1973 had the divorce been issued in England) and was awarded a settlement of ¬£2,485,000, maintenance of ¬£60,000 per annum and costs.

What attracts Russians to our legal system, particularly on divorce? Most Russians came to Britain to escape crime, political uncertainty and economic turbulence. Amongst the more ordinary professionals who chose to live and work in London was the smaller more high profile group, the Oligarchs and although some went to live in Israel, New York or Switzerland, most chose London. Amongst the attraction of London’s lifestyle and tolerance of multi-culturalism is the English independent judicial system. The English legal process has a reputation for being fair. So how does this translate to the Court’s approach when dividing assets on divorce?

Following the (then) House of Lords decision in the watermark case of White v White in 2000 there has been a substantial growth in the scale of awards in bigger money cases. Historically a spouse’s claim was limited to “reasonable requirements”. The case of White determined that each case should be “checked against the yardstick of equality”. In the case of Charman in 2007 the Court referred to “the sharing principle” which has assumed equality to be the starting point. This means that the wealthy spouse is left having to put forward arguments why there should be a departure from equality.

In Charman, the then President of the Family Division of the High Court, Sir Mark Potter said “in big money cases the White factor has more than doubled levels of award and it has been said by many that London has become the divorce capital of the world‚Ä¶.”. For the less wealthy spouse there are certainly significant advantages to pursuing a divorce in the UK as opposed to Russia. In Russia, all property purchased prior to marriage is the property of the person who acquired it prior to the marriage and this remains the case throughout marriage and after divorce. The same applies to income derived from personal pre-marital assets.

For the wealthy spouse the only way to try and avoid a large settlement is to consider entering into a Pre-Nuptial Agreement. Following the Supreme Court’s decision in Radmacher in October last year the burden of proof has changed so that the presumption is that a Pre-Nuptial Agreement (subject to a number of pre-conditions and factors) is to be upheld unless there is good reason to the contrary.

When representing any client where substantial assets are involved, one needs to keep one’s eye on the ball at all times, the stakes are high and the demands can be daunting however there are usually difficult aspects in most practitioner’s cases. It is often a question of recognising those issues and also consulting with experts such as accountants (including forensic accountants), pension experts, surveyors, Counsel, private client lawyers, valuers, similar experts and lawyers overseas and knowing the right time to do so. 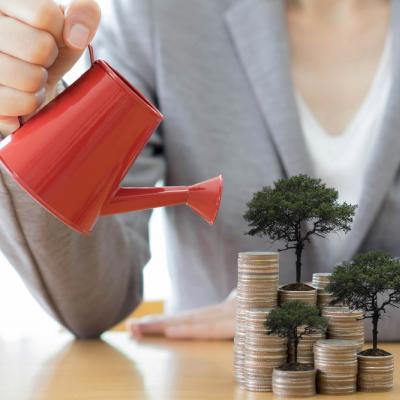 One of the key changes in the private wealth industry is the rise in the number of female clients, which is mainly down to increasing female wealth. Michelle Andrews, head of Premier and Wealth Insights at HSBC, tells Citywealth about her growing base of wealthy female clients. END_OF_DOCUMENT_TOKEN_TO_BE_REPLACED