Puttin’ on the Ritz at the Ritz Carlton, Montreal

With Montreal, the second- largest province in Canada just over an hour away from New York, it has attracted a new type of interest from financiers and private bankers keen to set up in the American region without all the rules of actually being in the USA. As well as this, Canada has always been a country that has created and attracted substantial wealth with its inherent French elegance and style. Similar to Boston, Montreal sits on the water, with a thriving financial scene with a section of gleaming office blocks partnered with a big university feel. The McGill University is ranked no. 1 in Canada and is a specialist medical university dominating the mid section of Montreal. Behind this there is a trendy London- Shoreditch or New York-St Marks Place type area called The Plateau Mont Royal for visitors to see arty boutiques and wander around having coffee or wine. You can also find your Central Park equivalent in Mount Royal Park or Parc du Mont-Royal for your early morning or afternoon walks.

For visitors and locals, just like the Ritz in London, The Ritz Carlton Montreal which has a Five Diamond award and was the first Ritz Carlton hotel to exist, is ‘destination everything’ whether slurping a glass of champagne; eating fine food in the Maison Boulud restaurant, meeting friends for coffee; swimming in their new penthouse pool or gurgling at the picture perfect baby ducks who play in the garden pond.

The property, which opened in 1912 and boasts visitors such as Queen Elizabeth II, Elizabeth Taylor and Richard Burton, was built at a cost of $3m at the turn of the Century but in 2008 underwent a further restoration by the new purchasers, the Torriani family at a cost of $100m+ and now has Andrew Torriani who grew up in the hotel industry at the helm as General Manager.

The guest rooms have been tech enabled to any high-end multi-million London property standard. With buttons and gadgets galore, as well as sophisticated upholstery in classic style for the rooms, you will find space to relax and enjoy from the comfortable bed to the enormous bath. The real jewel in the crown in the bathroom though is the electronic toilet which jumps to life when you enter with heat or whirlpool water or lid lifting. I often used to creep in to my room to see if I could catch it sleeping.

Details from the original hotel, including marble fireplaces in some suites have been retained to keep the lengthy, regal history alive. I particularly liked the penthouse pool. What’s not to like you might ask? Well quite. It has a sun deck and the pool is saltwater and heated from reclaimed energy from their kitchen. It entices you to a dip before dinner. You will probably want to let Santa know you want one of those for Christmas.

Food is as you would expect of an exceptional quality with celebrity Chef Daniel Boulud in residence. Living dangerously (for my waistline) I tried the Chef’s breakfast speciality most days. As an example, I was offered a griddle pan of roasted duck with sunny side eggs on top and roasted potatoes. It is seriously good food before you even get to lunch or dinner. More swimming and walking might be on the menu.

From after-office bar to banqueting, the Ritz Carlton Montreal is fitted out to entertain and please whether travelling on leisure or business and includes private residences too. The hotel has 12,000 sq.ft of meeting space and can hold a gala dinner for 300.

The classic family office business model is characterised by a tailored, individual investment service. However whilst long term financial performance is the definitive measure of a family office’s success, the nature of communicating that performance – along with all aspects of the i

END_OF_DOCUMENT_TOKEN_TO_BE_REPLACED 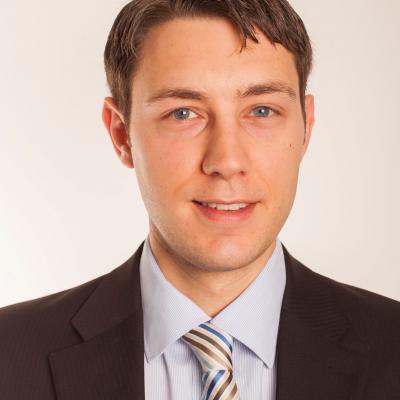