It was confirmed today that Virginia McKenna OBE, star of the 1960s wildlife classic ‘Born Free’ and founder of international wildlife charity, the Born Free Foundation, will be making a special appearance at Grand Café & Beach for the launch of Pride of Cape Town. Virginia will join ‘Queen’ guitar legend Brian May CBE and Broadway and West End singing sensation Kerry Ellis who will be performing on the night as part of the launch event. Virginia’s reputation as one of the most well-known actresses of her generation has long-been recognised from her BAFTA award-winning performance in a ‘A Town Like Alice’ through to her emotional role as the World War II SOE agent Violette Szabo, in ‘Carve Her Name with Pride’. However, it is for her role as Joy Adamson, alongside her late husband Bill Travers, in the award-winning wildlife classic ‘Born Free’ that she is perhaps most affectionately known around the world. As a tribute to Virginia, it can also be revealed that May and Ellis are to perform ‘Born Free’ on the night – the epic title track to the film. Composed by John Barry with lyrics by Don Black and originally sung by Matt Munro, more than five decades after it won the 1966 Oscar best song, Born Free has become an international standard, covered by all the great artists and an inspirational composition that tugs at the heart strings even today. This fantastic night will be the first public performance in South Africa of Brian May’s re-working of this moving song, which includes new lyrics written by Don Black himself. Born Free will be performed at the PRIDE OF CAPE TOWN event by acclaimed songstress Kerry Ellis, accompanied by May on acoustic guitar. Virginia and the invited guests will also be the first public audience to hear Brian and Kerry’s new version of ‘Born Free’, to be released as a single later in the year. Virginia said, “I am a huge admirer of Brian and Kerry and their exceptional musical talents. For them to perform Born Free on this incredible night for Pride of Cape Town is a tribute to George and Joy Adamson, who brought the Born Free story into our lives over 50 years ago, and it will be a very special and personal experience for me.” Virginia continued; “What makes this whole event even more important is that it could help protect and conserve wild lions. I do hope everyone who cares about wildlife and, in particular, the future of lions, will want to join us and join in.” PRIDE OF CAPE TOWN is being presented in partnership with Wild in Art and Shamwari Group and is kindly supported by SAA and the V&A Waterfront. For further news and updates on the lions coming to Cape Town, and ticket information visit www.prideofcapetown.com

END_OF_DOCUMENT_TOKEN_TO_BE_REPLACED 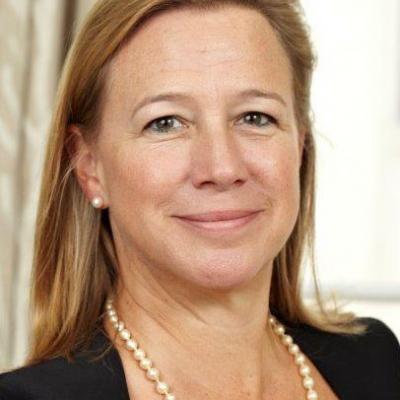 Divorcing foreigners might experience culture clash in the UK

Camilla Baldwin, partner and founder of Camilla Baldwin Solicitors, says international clients who come to divorce in the UK can face a conflict between the desire to enjoy a modern life and their cultural traditions END_OF_DOCUMENT_TOKEN_TO_BE_REPLACED