I attended the inaugural International “Peace and Sport” forum held in Monaco last week under the high patronage of HSH Prince Albert II. The Organization’s president, Joel Bouzou, a former World Pentathlon Champion and Olympic medallist from France chaired the event. Other notable guests inclued HRH Prince Nawaf Faisal Fahd Abdulaziz of Saudi Arabia, member of the International Olympic Committee; Adolf Ogi, the Special Advisor to the General Secretary of the United Nations on Sport for Development and Peace; Mario Pescante, President of the International Olympic Committee’s International Relations Commission; Ambassador Dho Young Shim, Chairman of UN ST-EP (Sustainable Tourism for the Elimination of Poverty) Foundation; Tracy Mattes, UN ST-EP Representative and Chief Executive Officer of Raptor Sports, the founding sponsor of the Forum.; and Nobel Peace Laureatte Betty Williams, who was too ill to attend in person, but wrote a moving speech for the opening ceremonies offering her full support.

The highlight of the three day event and something considered a direct step toward achieving peace between nations, was the historical hand-shake between the Palestinian and Israeli State representatives. The hand-shake, which got loud applause from the attending delegates was hailed by Mario Pescante, an executive board member of the IOC, as a “historical moment” and supported the idea that sport can help bring people closer together and fight prejudice.”

In a series of sessions over the three day period, various speakers took the stage to present their their respective experience, achievements and actions to bring peace through sport. Forum participants confirmed that even in countries with conflict, sport should be encouraged and funded because it’s the one thing that has the power to open doors across nations, tribes and faith, when doors have previously been very firmly shut. David Winiger, Special Assistant to Mr Adolf Ogi, at the United Nations office in Geneva mirrored these comments saying: “First of all sport can help prevent conflict and promote dialogue and social interaction to temper aggressive behaviour. Secondly, it can help sort out conflicts and finally, it helps with reconciliation by opening doors with politicians.” He says sport allows the release of government messages in a way that people can accept.”We really can change the world through sport.” He says. “Sport has a positive effect on youth and helps reach people not interested in politics. He mentions initiatives in the Congo. “Peace keeping troops took part in a marathon with locals to calm down a tense situation which helped enormously.” He finished by saying. “I must stress that partnerships and collaborations with governments are key to successful projects.”
UN Secretary General Ban Ki-Moon, is using sport as a tool for the UN Millennium Development Goals to help people recover from armed conflict. “We want to use sport in a more systematic way to create a better world.” He is quoted as saying.

Other plans cited were: improved health for children with basketball programmes in refugee camps to teach children who formerly played with guns how to live and work together through the game.

Joel Bouzou encouraged real and active debate and took tough feedback in good spirit and responded pragmatically that this conference “was just the start.” Many African nations welcomed the UN’s stance on sport and peace but asked for practical help and advice when infrastructure was often lacking on the ground. One participant asked: “how can sport which exists with rules, be emulated when we simply don’t have the resources and often not even internet to download free advice?” The Forum addressed these questions and agreed on grassroots projects and ways of improvement and principles to be implemented in 2008.
H.S.H Prince Albert II of Monaco commented. “It was the most comprehensive event ever organized on the subject of peace through sport. The mere fact of having brought together this significant number of ‘actors’ is a huge step forward and the “symbol of positive events to come.”

The Citywealth Magic Circle Awards were established to highlight the excellence of advisors and managers in the private wealth sector in the UK and internationally.
Andrew Neil, British journalist and broadcaster, was host for the evening and the event saw nearly 400 wealth managers and pri

END_OF_DOCUMENT_TOKEN_TO_BE_REPLACED 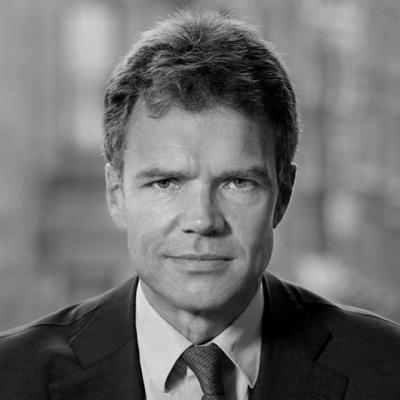