Following the credit crunch many detractors including smaller “fall out” investment managers are pointing fingers at banks saying “product pushers”, suggesting that sales of products to wealthy clients has dominated banking policy rather than good old fashioned “what can we do for you” wholesome service. As Canadian and Australian banks have avoided egg on their faces in the crunch with their conservative approach, I asked Paul Patterson of Canadian operation RBC, for his views on the down turn, wealthy clients, if all roads lead to Asia and what their difference is.

Patterson, who has been with RBC for twenty five years started in the domestic Canadian wealth management business. He moved offshore in 1996 to the Bahamas, and essentially ran a Bahamas trust company then ran the Caribbean and Americas region before moving to the Channel Islands in 2004. “When I moved to Jersey, RBC Wealth Management employed eight hundred people on the Island. Since then we’ve doubled the business to fifteen hundred people,” says Patterson.

Don’t tar us all with the same brush

Of “product pushing,” Patterson say: “RBC considers itself a solution provider not a product pusher but product pushing didn’t cause the downfall of the banking industry. The down turn was caused by a lack of regulation and governance which allowed banks who wanted to, to make riskier decisions. Canadian banks have different operating policies and chose to behave more conservatively, which ultimately helped to keep the ship steady. I think it’s wrong to tar all financial institutions with the same brush. If there are some in the industry who have been guilty of product pushing and have focused less on providing service. It’s because they’ve started from a standpoint of “what do we want to sell” rather than “what does the client need”.

Whether trusts have a pulse is another hot topic. RBC Wealth Management is said to have more than eighteen thousand trust structures in their business, so their experience in trusts is vast. Their trust assets go into three pools, the first category is: families businesses or control stakes in concentrated businesses; the second pot is the “toy” pot with real estate, boat, art, horses and airplanes. The third pot is cash and marketable securities. Patterson continues. “We are seeing two major opposing themes in trust. The first is the threat to trusts with the move by domestic governments to tighten up their tax codes and remove loop holes that the wealthy were using to minimise tax. Consequently, the opportunity for legitimate planning has reduced.

The upside and second theme is the internationalisation of wealth, where families and business increasingly operate in many jurisdictions, for example with parents in one place and children elsewhere. These could be wealthy Asians resettling in Canada, or Eastern Europeans spending more time in the UK. Often when you find this international element you can re structure a client’s affairs. You can put their assets in a tax neutral place like Canada, Switzerland or other offshore centres to make their affairs more tax efficient and streamlined.”

Of Switzerland, Patterson agrees there has been a movement to relocate there from the UK, particularly as has been reported with the hedge fund industry. “This is less the case with the mainstream capital markets operations, which really have to be in New York or London – but the exodus to Switzerland is certainly a concerning trend.” He says.

Asia’s star is shining brightly. Does Patterson buy into the Asian gold rush or can it go horribly wrong with a China blow up? “We are very interested in Asia and think that it presents a compelling story. We are looking to open a trust business in Singapore and our licence application is in with the monetary authority. There are three reasons why. We see it as an emerging jurisdiction (we already have a trust company in Hong Kong) and want to capitalise on the potential for growth. We see Western firms setting up in Singapore to take advantage of the growth and so our pensions plan and employee benefit trust business, RBC cees, has an opportunity to expand. The third opportunity we see is Western “planners”, who are looking for an onshore/offshore planning centre such as Singapore. I believe that banks need to be forward investing in new ideas, as a normal business practice. We think there will be growth in revenues as a result of our expansion into Asia but we are mindful that it could take three years before we earn profit. We also have the benefit of an existing platform in Asia. We know the markets and the locals and culture and how to do business there. They also already have a good understanding of RBC. (Hong Kong operation employs about a hundred people and the Singapore operation has about seventy people in banking.)

With many tales of wealthy clients facing losses, I wonder if Patterson has seen any evidence of distress. “Clients got hurt when they were highly leveraged. If they are selling or divesting assets, it’s probably to meet margin calls. Many banks made margin calls in the middle part of last year but we haven’t seen any great evidence of distress or asset ‘fire sales ‘ in our client base.”

On the wealth management industry Patterson sees a difficult phase ahead for private banks and wealth managers. “Interest rates are at or near zero which has had an impact on both clients and the industry generally – banks can’t earn as much and revenues are down. To make profits, banks have to go into the fee based area but equities are feeling toppy, bondsare on the wrong side of the risk curve and revenues that wealth managers would have earned in the investment business are also down. So understanding how to provide value to clients in this market is hard. It means further consolidation, something we’ve benefited from already (for example in our buyout of the Jersey trust business, Mourant Private Wealth) and a flight to quality in terms ofnew clients and teams of wealth managers. We are recruiting opportunistically and continue to be acquisitive but it also means that the industry has to turn their minds to costs and examining their business models.”

“Clients have become defensive in their out look in investments. As we’ve ridden through the crisis, we’ve gone from fear trumping greed to a pretty good run in the second half of 2009. Now, clients are looking around at the extent of the problems in the UK and US markets and they are less willing to commit to equity and trading strategies. They are moving to cash, even in low to zero yield. Money is staying in businesses or being put into real estate or left as cash.”

And is Malta the next hot spot for private wealth?

“It’s extremely difficult to create new offshore centres. I think an offshore centre essentially has a value proposition which is tax neutrality, expertise and good courts. Jurisdictions with those will prosper, it’s difficult to do a start up and be able to compete.”

“We started focusing on building out our capability in Eastern Europe, the Middle East and Latin America. We’ve got teams on the ground and are looking at going in with a specific British Isles value proposition. We’ve been doing that for nearly two years. I was in Mexico recently and we’ve seen increasing business coming from that region.”

Losses in America versus Latin America?

“Latin American entrepreneurs split their assets: a general rule is a third in cash, a third in property and a third in their business, so their exposure to alternative investments was minimal.” 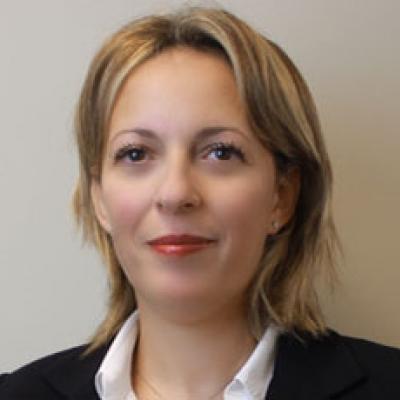