Over the last months, hedge fund performance has remained weak. Mainly due to the eurozone crisis, but also mixed macro statistics from the United States and fears of a hard landing in China, the HFRX Global Hedge Fund Index in EUR lost 6.45 per cent during the third quarter and has lost 7.82 per cent so far during 2011.

All major strategies are showing negative results since the beginning of the year, with Macro and CTA doing the best in relative terms, with a downturn of three per cent. The performance of the Equity Hedge strategy has been the worst, down 18.4 per cent in the past nine months. Although some important decisions on matters of principle have been made by eurozone political leaders with the aim of stabilising and eventually resolving the roots of the crisis, the next few months are likely to be characterised by uncertainty and turbulence.

Market conditions for Equity Long/Short have remained exceptionally difficult. Correctly gauging the direction of the market would have required correctly predicting the moves of political leaders and the market’s reactions to them, which is an impossible task. Not even market-neutral strategies did especially well; the downturn was 6.1 per cent for the quarter.

Uncertainty and high volatility are likely to continue dominating the market, although there are major fundamental qualitative differences between companies. Quality companies may become genuinely attractive from a valuation perspective, while companies dependent on economic growth may be more severely affected, which in itself creates opportunities for Long/Short managers. But since overall uncertainty will lead to less net exposure, not even skilful stock pickers are
likely to achieve meaningful results. We continue to have a cautious attitude towards Equity L/S during the current and
coming quarters.

Relative Value managers in fixed income investments got a rather good start in July, while August and September provided
a more mixed picture. Flight to safe government securities and huge fluctuations in risk appetite characterised the period.
Managers with a negative outlook performed somewhat better, and managers who traded actively between long and short positions were able to generate positive results by dealing with flows, macroeconomic news and technical behaviours in a skilful way.

The actions of central banks during the quarter and in the future will create attractive investment opportunities for fixed income strategies. In the US, Operation Twist began in September for the purpose of keeping long-term yields down. This may drive investors towards the short end of the yield curve, which could make bank loans and High Yield bonds especially attractive. Some valuations were extreme during the quarter; for example, CDS spreads priced in a bankruptcy level of 20 per cent for senior bank bonds in September. Looking ahead, there will probably be major upturn potential for bonds when there is favourable news about the euro crisis. We are positive towards Relative Value during the next quarter.

For Event Driven strategies, the third quarter was one of the worst to date. The HFRX Distressed lost 8.4 per cent and HFRX
Event Driven lost 6.8 per cent, while Merger Arbitrage “only” fell 4.2 per cent. Overall, it was the worst quarter since the
1998 Asian financial crisis.

Although the number of corporate events continued to decrease, as we predicted in the last Investment Outlook, it was write-downs to current market prices that caused most of the losses. Distressed showed decent resilience to the stock market during July, but could not withstand the continued pressure during August and September. As managers lowered the risks in their portfolios, popular holdings in particular were subjected to disproportionately large downturns.

Companies continue to have high cash reserves and generally strong balance sheets. During an economic downturn, various companies will probably seek higher revenues through corporate deals. This is likely to lead to a reasonable investment
climate for Event Driven strategies in the future, but today’s turbulence in the euro zone will probably hamper activity in
the near future. Event Driven and Distressed are not strategies we recommend at present.

On the whole, Macro and CTA were the best-performing strategies during the third quarter, with a downturn of 0.9 per cent. As during prior quarters, there were major differences between managers and their specific working areas. More structurally negative managers succeeded the best in the task of earning money during the quarter, especially those who had the eurozone as their theme during the risk aversion in August.

On the whole, CTA and Systematic Macro showed positive results during the quarter, but here too the differences were noticeable. Asset allocation was crucial, with fixed income holdings accounting for the largest contribution when risk assets were sold off in the markets.

At present, the risk/opportunity ratio looks somewhat different from the beginning of the quarter. Structurally negative managers will presumably tone down their conviction that markets will move in their direction, while more optimistic ones will see an increased probability of being right. Great uncertainty and significantly different market perceptions should create good potential for generating returns.

CTA and Systematic Macro are viewed by most observers as a tool for portfolio diversification that is expected to perform
well when other asset classes are having difficulty. Holdings in fixed income securities are the single largest position of most managers, which in itself signifies a risk of substantial losses if the market situation improves in the long term, but since managers are now positioned a little more cautiously they can be a little faster in their reactions. Macro and Trading remain our first choices among hedge fund strategies in the near future. 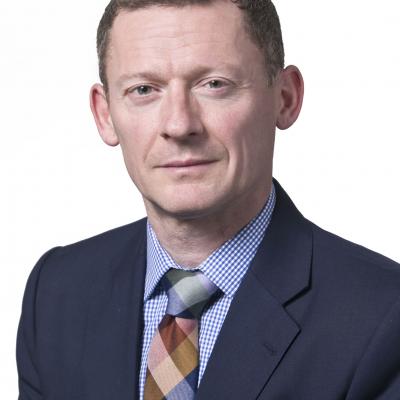 Crown dependencies should keep their heads down until after-election

James Quarmby, partner and head of the Stephenson Harwood's private wealth team, says that the election may result in an anti-wealth government END_OF_DOCUMENT_TOKEN_TO_BE_REPLACED