A∆í√¢‚Ç¨Àú da Molineux , Head of Wealth Management, EMEA at Northern Trust, who works with some of the world’s wealthiest families to manage their fortunes, has sponsored a philanthropic project to help a foundation called Art for Africa. The foundation which has involvement with the Getty family (Mark, Tara and Jessica Getty) helps with education and healthcare.

In a feat of herculean enormity, a small team which includes Jessica Getty, Beezy Bailey, (artist), Susannah Friend (fundraiser), Oliver Baker (Sotheby’s) and Aida Molineaux (sponsor) have come together to sponsor, provide free facilities, garner support and goodwill both in free donations and art to pull off an important art auction to raise hundreds of thousands for the Art for Africa foundation.

With thirty eight lots in a brochure prepared by Art for Africa and a foreword by Archbishop Desmond Tutu, notable donations include Marc Quinn with his painted bronze of super model Kate Moss in a yoga pose which has an estimate of ¬£90-100,000.

Marlene Dumas has a work entitled “Would Jesus have done the same?” which is pen, brush and ink on paper. Marlene holds the record for the highest price achieved for a woman artist at art auction. Her piece is estimated to fetch ¬£15-¬£20,000.

Gathered at a press briefing many of the artists attended to talk about their support for Art for Africa and their works of art. Another household name in attendance was Terry O’Neill famously married to the actress Faye Dunnaway. His photo is of Nelson Mandella at 90 has been given a price tag is ¬£4-6,000.

Silvia Ziranek with her donated piece “Ten tiaras (down to my last) is offering a work of art as well as a performance which will take place at the auction and can be bought afterwards by a bidder for a private party or function. Almost a work of art herself, she gave members of the press a small gift‚Äîa pair of gloves with her 2009 tiara strapline on them.

One of the key figures of the auction and backing the foundation is Beezy Bailey who donated a painting called “A farm in Zimbabwe” which is set to raise ¬£6-8,000. He also donated a painting from his alter ego Joyce Ntobe which also worth ¬£6-8,000. Beezy invented Joyce as a black woman artist in 1992 to counter act the overtly politically correct South African art scene. His alter ego caused red faces in the art world when the National Gallery, who had scooped up Joyce’s work enthusiastically, realised the purchase had been a grand event staged to change perceptions. Beezy says of his involvement that “Its a win win for everyone. It helps the foundation but also brings all this art work together to show the quality of South African artists. We often feel cut off from the art world in South Africa.”

Speaking to integral people‚ÄîJessica Getty and Susannah Friend‚Äîabout the auction they confirmed that the proper checks are in place to ensure money is used effectively‚Äîthe foundation understands accountability and also takes very little in administration fee’s (95% of monies raised at the auction will go directly to Art for Africa). Jessica says much work has gone into day care centres and play area’s for children in rural African villages. Eco tourism is at the route of the foundation and a strong desire to work with locals to make projects work long term. Susannah also commented “We know where all the money is going. If any bidders or donors want to meet recipients, we can take them to meet them. Its that simple. There isn’t a lot of red tape and we know that for every one thing we do, ten more are affected positively.”

Whilst there are grand names and individuals involved with the auction it is apparent that bringing together such a prestigious event for the charity has added a few lines to the faces of some of the group – as most big events are apt to do. But the enormity of their task which has taken two years to come to fruition has also generated a loyal spirit with the participants who are behind the auction and foundation with determined hearts.

A∆í√¢‚Ç¨Àú da Molineux, spoke at the event and said she spent two days in one of the Art for Africa projects. “I was very pleased I went. It really gave me a sense of what they had achieved so far and what they could do with more money.”

Another notable artist at the press event was Yinka Shonibare MBE who poses questions with his art. Shonibare donated the piece because he said he would love to own it if he could afford it (he says he couldn’t afford to buy it on the open market now) . His piece (pictured) asks if lack of education causes chaos. He says he doesn’t have any answers; he just wants to provoke discussion.

I ask Shonibare about the contrast of artists spending time following pure visions and creativity when many simply can’t afford to eat let alone think about spending their time creating. He offers some thoughtful words. “As long as I’m happy to share what I’ve got, I think it’s OK. If very person in a wealthy country shared, think what change would happen. You just need one person to start doing it.” He pauses then says. “I think I’m doing my share.”

Shonibare has also launched a venture in East London to help artists get their work into a gallery. Called Guest Projects. 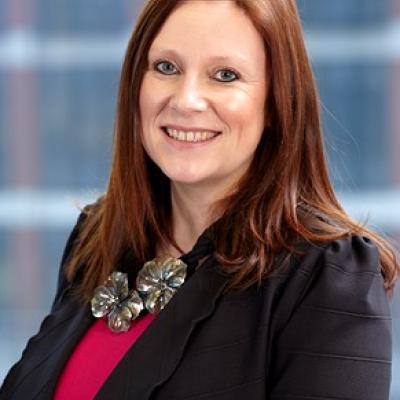 Alarming trend in incidents of data loss among IT experts revealed