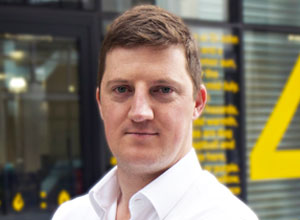 Luke McCormick, CEO of Edge Retreats, adds that the second-homes market has led growth in high-value sales, in locations such as the Cote d’Azur, St Barths and Cayman Islands.

There is a reverse cycle so UHNW American buyers are buying in Europe and France in particular, given the strength of the dollar against the euro, while Italians and Germans are picking up on places like Punte del Este in Uruguay, South America. The British and French are buying in The Hamptons on Long Island in New York.

There is a large demand from the Asian market for vineyard properties in South-West France. More than a hundred have been sold to Chinese buyers since 2010. Places such as Orange County in California and Miami are hot for Asian investors as are properties in Vancouver and Whistler in Canada.

What interesting sales have you seen?

Prices in The Hamptons and the Cote d’Azur continue to reach new heights, while Los Angeles could be the next $100 million city, alongside London, Hong Kong and New York. Several $200m homes are on the market in the Cote d’Azur with one in Villefranche-sur-Mer with an approximate asking price of $425m. California, New York, Florida, Texas and Colorado also feature at the absolute top-end, alongside Switzerland.

What kind of properties do UHNW investors buy?

Second-home resort markets have been leading the growth in high-value sales, as growth primary markets has normalised after record-breaking figures in 2013. The ‘jet-set’ destinations have seen twenty-eight per cent year-on-year sales growth, in places such as the Cote d’Azur, St Barths, Cayman Islands, Telluride in Colarado and Turks and Caicos islands, South East of the Bahamas. The Canary Islands have seen an uptick from overseas HNWIs purchasing investment properties. Other destinations that have seen interest include Costa Rica, which has seen a turnaround, Brazil and Durban in South Africa.

What should UHNW investors be aware of when buying a property?

What countries or regions do you see as future investment hotspots?

Turnkey properties which are those ready to move into have seen a marked increase in interest, particularly in the Caribbean. Resort properties in the Caribbean, the eastern Algarve, Antigua and Barbuda enjoy success thanks to golden visa programme.
There is continued interest in France, particularly the Riviera; Italy where key hotspots have remained resilient; and Alpine resorts in France, Switzerland, Austria and the US, aided by growth in summer season visits.
Finally, Montenegro is on the rise thanks to favourable tax climate and plenty of inward investment in recent years, including new luxury resorts.

Citywealth spoke to Zena Couppey, Chief Commercial Officer at LGL who took up the new role in May 2020 to find out how she was settling in and what's on the work agenda. END_OF_DOCUMENT_TOKEN_TO_BE_REPLACED

Citywealth spoke to Gavin Wilkins, Global Head of Client and Intermediary Relationships at Hawksford about thinking on your feet and admiration for the main man of this time of year - Father Christmas. END_OF_DOCUMENT_TOKEN_TO_BE_REPLACED