The world’s most densely populated country is home to large numbers of high net worth individuals. And that does not look like changing. By Claire Coe Smith

Welcome to this our fourth feature in the Citywealth series on the future leaders of the private wealth industry globally. In this edition, we have set out to point a spotlight on the up-and-coming stars of Monaco’s investment management, law, trusts and private banking sectors.

This sovereign city state on the French Riviera, with an area of less than one square mile, is the second smallest, and the most densely populated, country in the world. Its population of 36,000 includes a significant proportion of ultra high net worth and high net worth individuals, and as such the country suffers little difficulty when it comes to attracting and retaining talent to work in private wealth.

But that is not to say the market is immune from challenges, and many anticipate consolidation in the advisory community as competition hots up and clients become ever-more demanding. The individuals named here are alive to the threats facing the Monaco industry, and have already shown themselves switched on to the opportunities also on offer as the state continues to attract the world’s brightest and wealthiest residents.

Monaco’s population of HNWIs is said to be worth in the region of ‚Ç¨300bn, and as such there is little need for advisers to look for work elsewhere, according to Guy Thomas Levy-Soussan, co-head of private banking at Bank J Safra Sarasin in Monaco. He says: “The future for private banks in Monaco will be to service, and target more and more, the residents of Monaco. If you have clients in other

markets okay, but it’s not necessarily smart to build a marketing strategy focused elsewhere as was often the case in the Nineties.‚Äù

Of course the market is not immune from the wealth industry’s general internationalisation, and so the client base is changing. Henry Smith is a sales broker at Cecil Wright, a boutique yacht brokerage, and the yachting market is big business in Monaco. He has seen a noticeable change in the clients moving in and buying boats in the country: “You have still got the old guard of wealthy Russians, Arabs and Europeans. But the prevalence of Asian clients coming over is growing; we are increasingly seeing buyers from Indonesia and Hong Kong, and last year we saw Vietnamese and Belize millionaires coming.‚Äù

Such clients may not have access to sophisticated wealth management advice in their home jurisdictions, and so look to the Monaco advisory community. The typical client is no longer Western European landed gentry with inherited wealth, but rather first-generation high net worth entrepreneurs with young families attracted to Monaco’s weather, schools, lack of income tax, and respect for the privacy of the rich and famous.

They come with high expectations for sophisticated advice. Smith points to one client recently, for example, who had made his money in bitcoins, the peer-to-peer online currency, and was looking to buy a boat. He was mining up to 1,000 bitcoins a day, equivalent to around USD800,000, and needed advice.

Smith says, “The people who really need advice are the guys who are making their money from technology. I know people down here in their twenties who have made a fortune from online gambling software, or back-office software, and they are very green behind the ears.‚Äù

The advisers of tomorrow therefore need a healthy dose of entrepreneurialism themselves, and the ability to keep abreast of legal developments the world over in the face of such a sophisticated clientele.

Levy-Soussain says: “As an industry we need in the future to raise even more the quality of service in Monaco. We are doing that ‚Äì building more efficient banking operations with more knowledgeable employees.

“Some private individuals we deal with have assets the equivalent of institutional clients, so it is important that we try to offer them the type of service they would expect and find in major financial centres.‚Äù

He says the new mandatory certification for bank’s employees that the local financial services regulator the AMAF has just introduced, in collaboration with the Monaco Government and the Commission for the Control of Financial Activities, is a big step in the right direction.

William Easun is the managing partner of law firm Tempest Legal Services, and says much has changed in recent years: “The old-style client had only one thing in mind and that was to be retired, possibly making some acquisitions of real estate and setting up trusts. But the big sea change we have seen is in the world of compliance and regulatory, because the clients today are still young enough to be continuing to operate businesses, and they have to comply. Our practice is now very

much driven by the world of compliance, regulation, anti money laundering, data protection, financial services regulation and so on.‚Äù

He points out that Monaco is more international in terms of the mix of people living within its borders than ever before, with some 125 nationalities represented. That means advisers need to be familiar and well-versed in laws that apply all around the globe, so as to properly advise clients with links to other jurisdictions, and must maintain referral networks fat with contacts overseas.

Monaco is a civil law jurisdiction and the legal system places considerable importance on nationality, as opposed to residency. That means that in the event of a death, for example, the legal system that determines how assets are devolved is the law of the dead person’s home nation, and not the law of Monaco. “With 125 nationalities in Monaco, we are dealing with 125 legal systems that are all relevant to somebody,‚Äù says Easun. “We have to know how to reach out and establish what that means in each situation.‚Äù

He adds, “Because Monaco is such an international place and national laws are so relevant, we are consistently looking out of Monaco to the laws of other countries and assessing the consequences for our clients.‚Äù

In many ways the skills that will be critical for Monaco’s future leaders are no different to what they were 20 years ago, or indeed to those needed in other industries. While a familiarity with information technology and the rapidly changing advances on the multimedia side of client service will be vital to tomorrow’s success, so too will the basic skills of empathy and commitment.

Easun says: “The skill that is evergreen but is vital is the ability to understand different people and be attuned to the psychology of different clients. You need to know how to speak to someone from Turkey, from Australia or from Bengal, in a way that allows you to capture and understand what they want and where they are coming from.‚Äù

The client base may be peppered with multi-millionaires, but that does not remove fee pressures. These clients are scrupulous buyers of advice, well aware of the service levels available elsewhere and resistant to paying any more than is necessary. Competition between private wealth advisers is therefore fierce, and with a large number of private banks in Monaco hunting in the same relatively small patch, future leaders may not face an easy ride. There are said to be about 130 estate agents working in the square mile, for instance.

“I think we are going to see some consolidation of the banking industry in the coming years,‚Äù says Levy-Soussan. “We are currently about 40 banks in Monaco today, and I think in 10 years’ time there is going to be fewer, but bigger and better banks. Probably the most competitive will survive.‚Äù

Another challenge is the growing mobility of the Monaco residents, who can increasingly access services elsewhere. Smith says: “The hardest thing to do is get the clients pegged down down here, because it is hard to get the super rich to stay still in one place. So it’s a question of being flexible ‚Äì if

someone I’m working closely with has to go off to Moscow tomorrow, I may have to get on a plane and go there too.

“The issue arises because the Monaco advisory community is being sought out by the wealthy coming here from the tiger economies, but that becomes less useful when their own advisory communities catch up.‚Äù

Competition is an issue already, Smith says, when he introduces a potential client to a Monaco private bank because that individual wants to buy a yacht in Monaco and wants assistance with financing. Whereas once upon a time that transaction might have been guaranteed, now that client’s current bank overseas might demonstrate an ability to do the same work, often at a better rate.

“The overheads for advisers working down here are extortionate,‚Äù says Smith. “When you are competing against people in other markets with such low overheads, who can offer the same service, you are never going to win easily.‚Äù

Easun concludes: “The threat is that it’s quite a tiny place, with quite a lot of people, and for us there is growing competition from people that aren’t necessarily law firms but may be corporate service providers, accountants or consultants of some genre. That’s a huge change ‚Äì there’s been exponential growth in all of the service industries. Our threat is the lack of volume that such a small place might generate.‚Äù

It is a threat that Monaco’s rising stars will not be afraid to embrace.

The Monaco Future Leaders list has been created from a mix of submissions and feedback and recommendations from the global financial services industry. The list celebrates up and coming leaders in Monaco. It recognises the high profile and excellence these individuals have already achieved in helping to promote business excellence in their home jurisdiction and consolidating the reputations of the financial services industry globally. 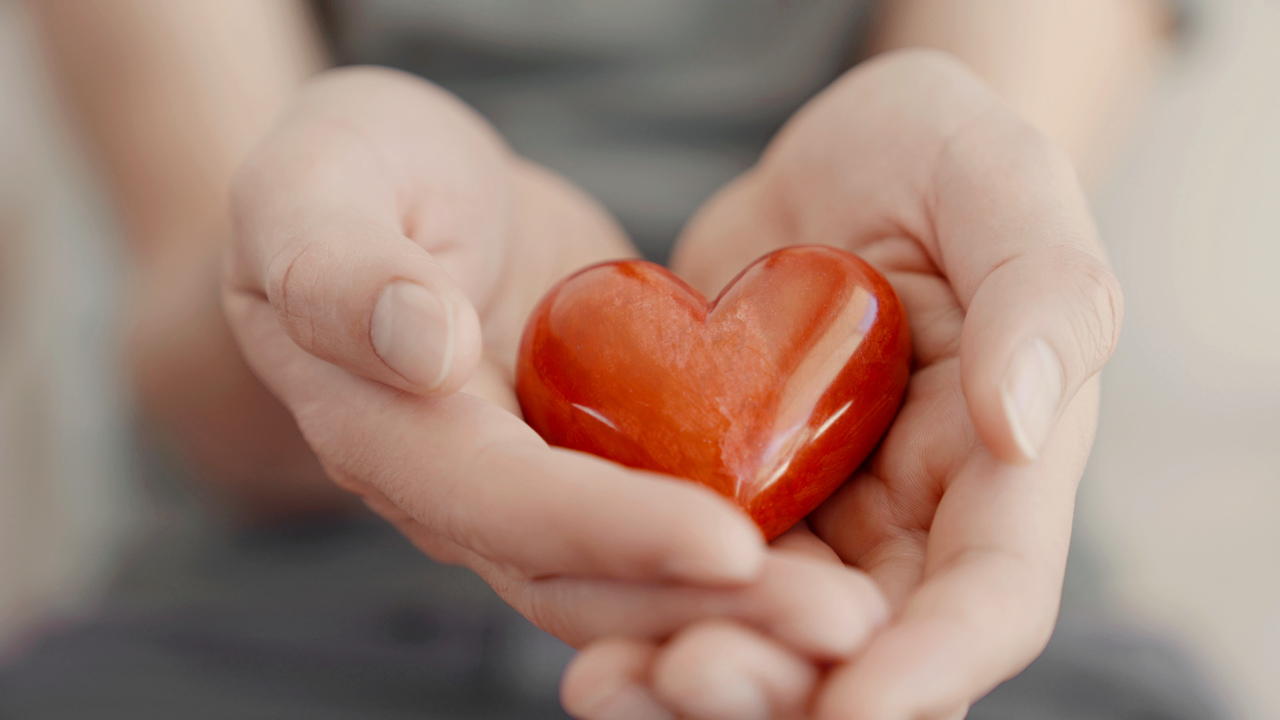 Citywealth puts a magnifying glass on the philanthropic sector, looking at possible trends for 2023. With a focus on succession, Citywealth digs into how charitable projects are managed to ensure they continue after their founders’ death. END_OF_DOCUMENT_TOKEN_TO_BE_REPLACED 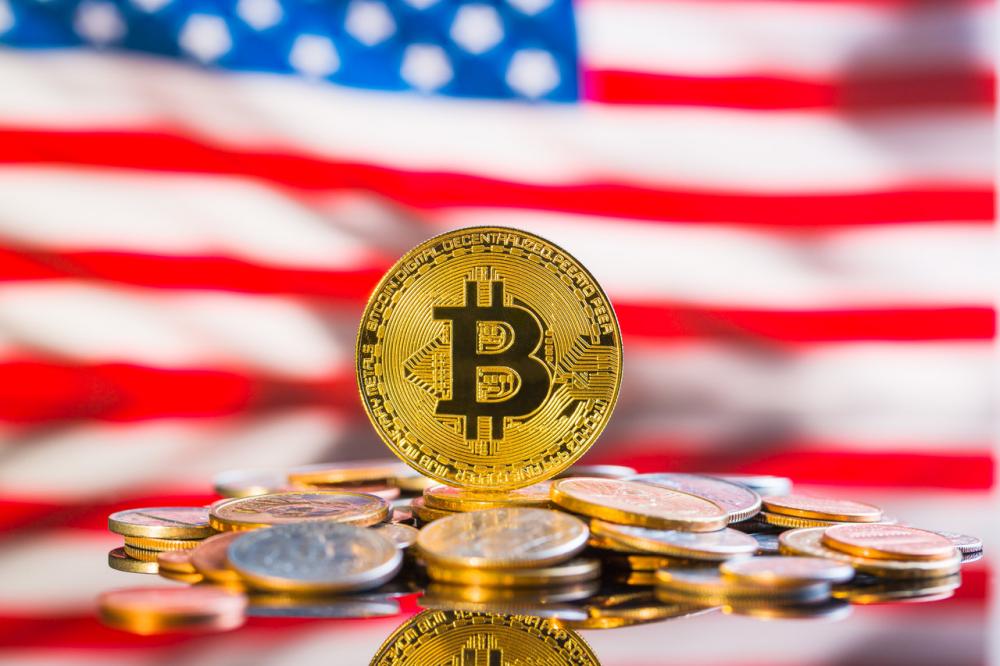