As the Chairman of London & Capital, an investment manager with 90 staff and $3.7bn under management, Sir David Michels, who was knighted in 2006, brings an enviable endorsement to the London & Capital business. Sir David, who has a rare sense of humour, has lived and breathed hotels all his professional career, previously taking the Stakis Plc hotel group from zero to hero, selling for ¬£1.2bn in nine years. Michels, who is also a board member at the Savoy, and formerly Deputy Chairman at Marks & Spencer Plc and EasyJet Plc, has invested his money and confidence with London & Capital. He tells us about his life, views of the market and bringing rigidity to the London & Capital offering through increased internal governance.

“Sir Lewis Robertson, a mentor and person I have great admiration for, said I needed a pension and recommended Daniel Freedman, the Managing Director and Co-Founder to me. At that time, which was 25 years ago, they had five employees. Now London & Capital is 27 years old and they’ve grown to 90 people. It’s a great story, but with growth of this type comes governance problems. Daniel needed a Chairman but I knew this would mean growing pains. With a Chairman you get rigidity as you tighten up the business and implement rules. I think of it like the old Plotnick diamond joke: “Every girl wants the Plotnick diamond, which is a very famous diamond, but the trouble is you get Mr Plotnick with it,‚Äù explains Michels with a guffaw. “I said no for a long while, and then agreed, mainly because they have done a good job for me.‚Äù

“I am a hotelier and famous for it,‚Äù says Michels, “but I don’t know how to invest day to day, I’ve tried and not succeeded. London & Capital work with money all day so that is their core skill and I feel happier knowing my money is someone else’s problem, particularly as I worked hard to earn it. I like dealing with the same people and Daniel and Richard [Leigh] are still in charge, which works for me because, in my view, money is as important as your health.‚Äù

“I fell in love with the catering world at my father’s deli where I worked on the meat counter as a teenager,‚Äù says Michels. “We also used to go to France for our annual holiday, which sparked my interest in hotels. I’ve always liked them because you can feel and touch them, and because you can create a hotel in your own image. It’s one of the few things you can buy which you can show with pride to your friends and family. You can show off football grounds and media companies but the appeal is more limited. Everyone who has ¬£200 million wants a hotel because they look easy to understand and obviously the investment risk is less because of the real estate involved.

“Hotels have been around forever and haven’t changed, and the things people want from hotels haven’t changed. We opened The Savoy on 10.10.10 after a big multi-million pound refurbishment and when we did we played a game. We asked ourselves what customers have wanted in the past and now. We decided they wanted and still want: 1. Location 2. As expensive as they can afford. 3. Clean. 4. Smiles. 5. Alarm call on time.‚Äù

Key things for any business.

“Following rules. For hotels it’s health and safety. People shouldn’t be injured or die in a hotel. For airlines, they don’t want to crash. A business has to take every precaution, which is why I think

rules are enormously important. In an airline it is how you treat the pilots, and giving them control means fewer accidents. However no business is ever fool-proof.

“To run a successful business you need an ability to manage people both up and down, whether its creditors, employees, the tax man, really anyone. You also need an intimate knowledge of your specialist business and to be able to articulate it. Luck always helps.‚Äù

“With hindsight, Stakis. It had a market capitalisation of ¬£23 million and debt of ¬£200 million. Nine years later we sold it to Ladbrokes for ¬£1.2 billion.‚Äù

Is big better in business?

“Many businesses become big because we don’t allow ourselves to stand still, even if we experience a plateau occasionally. However, it is a rare business, like Coke, that will last forever. A business is usually the product of one or several individuals who have a finite amount of creativity. Successors almost always fail to recreate what the original founders did. The business just changes direction.‚Äù

What is the Michels & Taylor hotel consultancy?

“It was formed four years ago and we have 20 employees, looking after hotels or hotel owners, usually with over 100 bedrooms. We advise on brand and purchasing, which can be anything, anywhere. I was partner and CEO so I was a natural buyer when they wanted to sell. I am finding being an entrepreneur a new thing ‚Äì spending my money is considerably more risky‚Äù, says Michels chuckling.

“Today, no. In my career, yes. Buying and selling stuff. Taking jobs that seemed wrong. Investing in projects that were or weren’t successful. With hindsight they were OK, but you didn’t know that at the time. I always just calculated the odds to see if they were in my favour.‚Äù

“I was CEO of Hilton, which was in more than 100 countries. Everyone told me it was different in each country. It never was. Human beings want the same thing. They want food, fun and sleep.‚Äù

Thoughts on the USA?

“Americans are the richest people in the world with an established democracy, fair government, an enormous population of 300 million, and they are a net exporter of energy. They have done what others will need to do. They have no natural impediment to continued progress. I don’t think the Chinese and their growing middle class will come close to matching America’s success.‚Äù

Thoughts on the Eurozone?

“Some laws are absurd. The EU shouldn’t decide what we call cucumbers but we can’t leave it, it is too complicated now.‚Äù

Nassim Taleb says in his book Anti-Fragile that we are being convinced everything is in flux but that actually the basics like shoes and glasses remain the same, and that life isn’t changing as quickly

as we think. Michel responds to this idea: “Glasses may be the same but they aren’t made the same way or sold the same way, even if they are still just glasses. You would have had an artisan in the past hand-blowing glasses. Now they are made at great speed in a factory and sold online in their millions.‚Äù

“The board with most women is Marks & Spencer, which makes sense because they are a woman’s clothes business. They should have women because it is logical, although I don’t think you need specific numbers. The world is changing if you consider Sir Stuart Rose bringing Martha Lane Fox of LastMinute.com onto the M&S board when she was in her thirties. The trend for change is there, but for good or bad, men have been in charge for 2,000 years. It will take more than a few years to change that, although I think the situation has improved already.

“There should be more talent, but it’s difficult to be on a board because experience is needed. It’s like a club, and you don’t get instant membership. It’s the same for a company needing a non-exec. The question is ‘Would you employ a stranger, or go through your network?’ Most prefer word of mouth. I think people are the same as products in that respect.‚Äù

Who do you admire?

“Sir Lewis Robertson. He was a company doctor. He didn’t know what business you were in, and even though he was a very pompous guy, he had an extraordinary helicopter view of companies and humans. He didn’t care if you took his advice and at six foot six he was an imposing figure.‚Äù

Who does he have lunch with?

“Friends. You spend 50 years working on them, maturing them, so why not spend time with them?‚Äù

Rules to live by?

“I don’t have rules. I am lucky to be alive and healthy and to have friends. I appreciate that.‚Äù

Could you lose it all?

“Not unless I turn into a gambler.‚Äù

“When I was CEO at Ladbrokes we tried every day to predict the future but weren’t able to. I don’t think anyone can.‚Äù 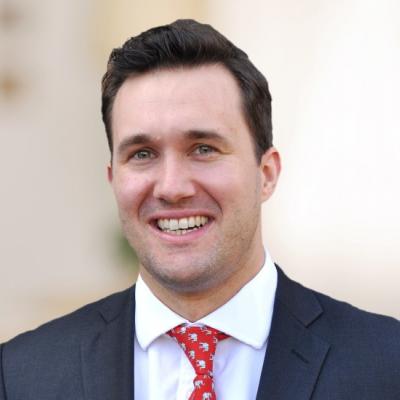 In our 60 second interview series, Citywealth speaks to Frederick Bj√∏rn, a partner in the private client department of Payne Hicks Beach about working with clients to mitigate the risk and dangers wealth brings and handling the differing interests of three generations. END_OF_DOCUMENT_TOKEN_TO_BE_REPLACED 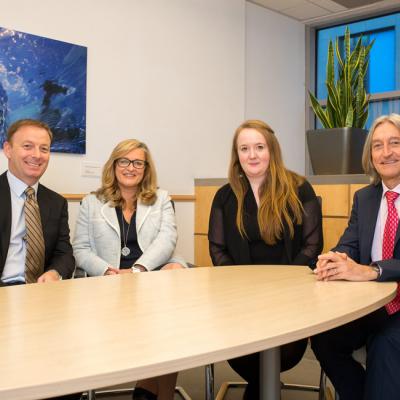