Investec: from Johannesburg to Guernsey

Originally from Ireland, Ciara Gurney has been a Director at Investec trust for ten years. Previously at Ernst & Young (Monument trust) she started as an assistant manager and worked her way up to current position of director. Her main responsibility is for one very large client with around two hundred entities in one family office
structure. The client

In question has been with Investec trust since 1986 with a structure investing in private equity and property investments which can involve buying pub chains, cinemas or yachts. Ciara comments “The work is very pressurised with tight time deadlines and involves two teams of twenty two people working for it.”

The client is worth billions and is one of the biggest clients at Investec. I asked why such a sizeable client would single out Guernsey as their base? Ciara says “They stay here because of the excellent relationship we’ve built up with the family; the speed of reaction to their deals and the staff in place to serve them.”

Investec historically had UK resident non dom clients through their merchant bank connections and were the only trust company in the group, mainly being used for

South African clients. Global developments meant that the cost of doing business for South Africans is now prohibitive and this market now runs out of their Mauritius office. Since then Investec have acquired other trust companies in Jersey and Geneva.

They now have a small London office and others in many different locations but say they don’t divide up the world geographically. However there is some expertise that is specific to Guernsey. For instance they have two directors who focus on employee benefit trusts and pensions and are growing a large team to specialise in this area. They have a boutique fund section: Investec admin services to administer a couple of very large property funds with around thirty five investors.

EBT (employee benefit trust) is a main focus as is the larger family office type arrangement.

Caira reconfirms that she is not jurisdictionally tied and can travel anywhere saying “Investec have lot of clients who are Italian, European, US (US clients tend to go to Geneva) or Eastern European.” She continues “We have very few South African clients now.” Most European clients they see prefer London but their people do travel around Europe. They have a few Middle Eastern clients who generally favour Geneva.

Ciara says “we recently got two new clients who need a similar type of arrangement (family office).” And adds: “High level, quality service to high net worth individuals is much more rewarding than bread and butter, discretionary trusts. For us its been the way to go for a number of years. From income generation perspective, they are wealthy and they understand it takes a long time to do something, which means fees aren’t under pressure.” She finishes, “Its also more interesting for staff. We have three or four large clients in family office structures so are getting very good at understanding and caring for this type of client.”

As to why you should use Investec, Caira says its their speedy response, and lack of hierarchy in the company that helps attract business. She says “We don’t need to have signing meetings so can move quickly to help clients. For instance if we got a phone call from a client saying they want to invest in a PE deal and we hear about it late yesterday and its closing today, they can use our investment team of two people and an assistant who will instantly review it and give a yes or no.”

Main referrers of business are the UK intermediary network of lawyers, accountants and IFA’s, who are key targets for meetings. Caira says that “although we are owned by a bank we are independent from Investec so only 10% of customers are joint. They have their

own independent ability to farm out investment work. Ciara says as an example “if we were approached by a client with ¬£3million to invest, Head of Investment Services, Mark Stenner, would sit with trustees filling in a detailed questionnaire and work out what return was needed. Mark would then do a beauty parade, to see who would fit best with the client. He usually considers three investment houses per client.” In terms of where their business comes from Caira says they get “quite a lot of referrals from Investec group worldwide.” They are one of the top companies on the islands with overall 2000 trust entities and 1000 clients.

Focusing on Guernsey, there has been a change of management with their MD Steve Coe moving to France although he will still provide consultancy. Replacing him is Robert Clifford now acting as group MD. A new director is joining from Credit Suisse shortly to bolster their senior team and they also had a recent addition from Northern Trust. Caira says “we are doing lots of hiring, with ten additional vacancies from incremental growth. The Guernsey branch has moved from 60 to 83 people in a short space of time. The reason is because of new business coming in through the door making it essential to have new people in the front and back office but laments: “its expensive and difficult to recruit.” As to why people choose Guernsey, she likens it to the safe regulation of Geneva which makes clients comfortable. She says “in todays climate, this is a huge benefit.” Locally, networking happens at STEP and ICSA meetings with Guernsey institutes also having regular dinners.

South African owned Investec bank is dual listed in South Africa and UK with 5000 staff worldwide and a European hub in London. There are four business units: Guernsey/ Investec trust Guernsey/ Investec admin services, Guernsey /Investec Bank CI Ltd/ Investec AM). They have 150 staff across the four units. Originally a South African company its been running for about 25 years. Caira says she really likes the “attitude and forthright manner internally.”

Changes in the budget were problematic – their legal department are still contemplating the effects. At the moment they can’t do civil law foundations so expect changes in Guernsey laws to expand the type of business they can do.

I asked whether she was seeing a different sort of client these days. She responds “They are more sophisticated, financially astute and more entrepreneurial as well as less UK domiciled.” She continues “Private equity is popular and the appetite for risk has changed. Clients are prepared for greater risk because they are more financially savvy – especially second generation beneficiaries.” She continues. “Maybe they used to hold triple A rated bonds, but now clients are moving to hedge funds as a mainstream part of their portfolio. They have more information so take more risk.”

As to life on Guernsey Caira says that not many shops open on Sunday and up until two or three years ago you couldn’t buy alcohol or petrol on Sunday. (Petrol was somehow classified as a type of spirit).

I asked cheekily if everyone has a Porsche like Jersey (obviously a sweeping statement). Caira says: “We are in close proximity to France so many have second homes there. We have a pretty similar quality of life to Jersey, which is very high. People are in very good, well paid jobs and although the cost of living is high there is a lot disposable income.

And then the acid question: how much time does she spend off island? She estimates four days a month, but says since having a baby daughter recently this has now dropped to twice a month. Although adds that most spend 2-4 days a month off island. She says “it is essential to do so.” Finishing the interview by saying “Many symposiums or conferences don’t come to Guernsey so we have to get over to London to keep key relationships rolling.” 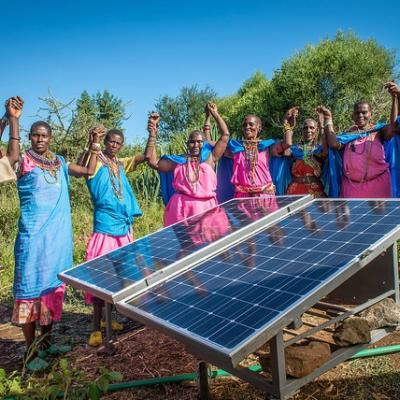 Impact investing is on the rise. It offers diverse choices for investors in terms of risk, financial and impact returns, and the pace of growth is rapid. END_OF_DOCUMENT_TOKEN_TO_BE_REPLACED

KPMG has a number of well regarded individuals who include David Kilshaw pictured, who has twenty five years experience advising on uhnw tax issues and Mike Walker who recently moved from the Manchester office to London. Their practice focuses on high end individuals, trusts and family practices.