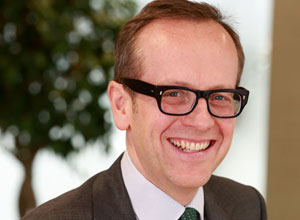 Damen Bennion, partner at law firm Goodman Derrick, also says the collectible market is a male preserve, but interest from women is growing.

Where are the biggest luxury car markets?

We consider the biggest markets to be North America, UK, Europe and the Far East, especially Hong Kong and Japan.

What cars are most popular amongst UHNWIs?
Ferrari is still very popular, and so is Aston Martin and Porsche. But rare cars that have important period competition history, for example certain Jaguars, are also sought after.

What is the highest price you have seen a car be sold for?

In 2014, Bonhams sold a Ferrari 250 GTO at auction in the US for $38 million, which is a world record auction price for a car. Today, Thursday 10 December, RM Sotheby’s are holding an auction in New York where a super rare Ferrari 290 MM is to be sold with an estimated value of $28 ‚Äì 32 million.

How many cars do your UHNW clients have on average?
It’s not unheard of for UHNW clients to have up to thirty cars in their private collections. Last year, Jaguar Land Rover purchased the biggest British classic car collection of 543 cars from an UHNW client, James Hull, to guarantee the safekeeping of some of the nation’s greatest cars. Although no value was disclosed, it’s understood the sale price was over ¬£100 million. The collection contained 140 Jaguars and a Mini Traveller once owned by Lord Mountbatten.

Why do you think UHNWIs are investing in collector cars?

There are very few other luxury assets that you can put your money in that you can also actually use and enjoy.

Tell us about hybrid technology being used in supercars?

During the past couple of years Ferrari, McLaren and Porsche have each launched their own take on the latest supercar genre called hypercar, such as La Ferrari, P1 and 918 Spyder, respectively, but with one very important thing in common and that’s the adoption of hybrid technologies. Each model was a limited edition and quickly sold out, with used models rarely available and only then at significant premiums. Each of the manufacturers provided a glimpse of the future and what is certain is that the technologies used in these hypercars will be found in more mainstream products for years to come.

Tells us about some of the unique things UHNW clients want from their supercars.

Many of the prestige motor manufacturers now offer bespoke services where the buyer can customise his or her new car. For example, McLaren set up McLaren Special Operations (MSO) as a result of customer demand for cars to be more exclusive than their off-the-shelf product. MSO create cars around an owner’s precise tastes, providing everything from bespoke customisation options through to building ultra-exclusive limited-edition and one-off models. At the extreme end, some UHNW have been known to buy each and every edition of a prestige manufacturers greatest, most expensive and exclusive product at vast expense, then arrange for it to be flown halfway across the world only to be locked away in underground compounds, away from prying eyes and never to be used again.

What trends do you see in the luxury car market?

The collector car market will continue to grow. Collector cars are now seen as a genuine investable asset class, with increasing transaction volumes and liquidity, and increasingly reliable data with the likes of the HAGI and k500 indices becoming quite well known and respected. As interest grows, so does the demand for events. The Goodwood Festival of Speed and Revival meetings are now firmly established. The Monterey car week, which includes the world famous Pebble Beach concourse, is bigger than ever and newer events such as Le Mans Classic and Chantilly Arts and Elegance concourse have proved to be very popular too.
Finally, although it is a male-dominated market, there is a rise in female clients. Women increasingly enjoy the lifestyle luxury cars offers which in return is good for the industry.

END_OF_DOCUMENT_TOKEN_TO_BE_REPLACED 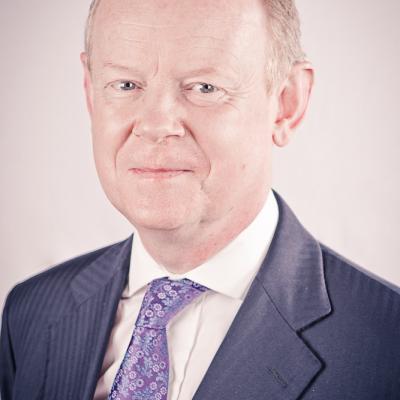 Kleinwort Hambros, a private bank and wealth manager in the UK, has today announced the launch of a new Luxembourg-listed, actively managed blockchain note. END_OF_DOCUMENT_TOKEN_TO_BE_REPLACED