Feature: A guide to customs in the Middle East

Kate Mitchell of the ‘Bahrain Guide’ tell us how we can better understand Arabs.

Most people, especially in the West, have a pre-conceived idea of what constitutes an Arab. These ideas usually fall into the 1970s western image of the urban Arab as excessively wealthy, or the more romantic desert Arab portrayed by Omar Sharif in Lawrence of Arabia. These images may be mixed with those of religious fanaticism, often rendering the visitor nervous or anxious about what he is to behold.
Often there is confusion between Muslims and Arabs. Simply, most Arabs are Muslim but not all Muslims are Arab. As examples, the Muslims of Malaysia, Indonesia and Iran are not Arab. Within the Middle East, there are some wide differences between nations but the fact they share a common language, albeit with dialectic differences, brings cohesiveness, as does the shared sense of identity as both Arabs and Muslims.

Throughout history these nations have had many occupiers and colonialists but few have managed to make any impact on the culture of the country, with the possible exception of the French in Lebanon.

As a Westerner, it is simple to notice, and therefore be aware of the differences of traditional Arabs in the village environment and thus avoid faux pas in etiquette or social formalities. However it is easy – and often wrong – to assume similarities to the urban Arab who may dress similarly to a westerner and appear to live a similar lifestyle.

Basic Arab values are quite different to those of the Westerner. Whilst people in the West value independence, self-determination, subjectivity and privacy, in general the Arab thinks quite differently. Because most Arabs are followers of Islam, there is a crossover between religious and cultural attitudes, appearing most clearly in the belief in fatalism. This comes from the belief that God has ultimate control and that we should accept his will. Hence the constant use of the phrase “Inshallah” (God-willing) throughout conversation.

The more traditional will believe that bad times and experiences are a gift from God who only sends these things to strong people for them to be tested. It is very rare to hear the phrase “It is not fair‚Ä¶”

To the Arab a person’s dignity, honour and reputation are of paramount importance and should be protected vehemently. Any damage to these qualities is hugely detrimental to not only the individual but also his extended family and should be avoided at all cost.Loyalty to one’s family takes precedence over any other responsibilities. It is not considered unusual or inappropriate to cancel any engagements or appointments in order to settle family business. Regular contact is very important, hence the popularity of the mobile phone as an easy and convenient way of communicating in the Middle East. Where large families are no longer living together it is important to keep in touch on an almost daily basis.

Unmarried children will live at home; it is very unusual and much commented on by the older generation for a single child to live away from the family unit. The trend for young married couples to live with the husband’s parents is less usual these days, where alternative housing abounds. However, families get together often and always on Fridays when it will be expected for there to

be no interruptions from business colleagues.

Although women are subservient in public, they are not necessarily so at home. The woman will usually be in complete control of household expenditure as well as the welfare and education of the children. Any money she inherits remains her own and she is not expected to contribute to the family pot. Mothers are treated with the utmost respect, to be obeyed at all times. This respect increases with her age. On marriage, the woman does not take her husband’s name, she is proud of her

It is believed that age brings wisdom; the elderly will always be brought to the front of the queue and will always be greeted first in a room full of people. The concept of a nursing home for the elderly is an anathema to an Arab. Often an unknown elderly man will be greeted “Haji”, a term of respect, for this person will have been on a Haj pilgrimage at some point in his life. A similarly sincere greeting

for a woman would be “Umm” meaning mother.

Arab hospitality is world-renowned and something viewed with pride, generosity being the prime ingredient. This tradition was founded from the practical angle of helping travellers in the desert as well as from the Islamic fundamental belief of alms giving. In the simple situation of entering a traditional Arab shop you will be offered tea of coffee. This is not meant to be a question as to whether you would like something to drink or not, more a question of what

exactly you will have to drink. It is rude not to accept either.

If you are invited to an Arab home for a meal, it is wise to eat only lightly during the day. Usually served in buffet style, there will be a tremendous amount of choice and variety and it is considered polite to try a little of everything and if possible have second helpings. It is a matter of etiquette for the host or hostess to offer more constantly, and if you invite Arabs to your home you should try to do the same. The Western custom of presenting a plate of food individual to the guest although commonplace in restaurants is considered strange at home. Once they have finished eating, guests will leave the table and normally depart the party en masse once the senior guest has departed.
Arabs love to be surrounded by people and have little concept of the privacy that Westerners covet. Friends are made easily; there is a genuine love of companionship as well as a respect for personal relationships (in terms of business). Part of this friendship will be regular mutual contact, as good friends should see each other often, and also mutual reciprocity of favours. If one friend feels that he will not be able to carry out a favour, he will not refuse directly. Good manners dictate that he should not reply negatively and in order to get around that he will use the non-committal “Inshallah” (God-willing) or may easily state an intention to try, even though he may know the request may be very difficult or even impossible to achieve.

As saving face is so important, the Arab may have a slightly different concept of reality than the Westerner does. Reality is what and where you believe it to be at the time of conversation. An example of this could be that, addressed in the wrong manner, a small shopkeeper will say that he does not stock an item that you can clearly see on his shelves. On the other hand, an emotional plea for help in getting particular seats on an airplane that were previously unavailable, might free them up.

Arabs believe in people not in institutions. The tradition of the majlis has continued to this day. If there is a problem within a family or community, there will be open discussions about it

with the oldest or most respected member of that group chairing those discussions. In the business environment, Arabs will not accept no as an answer. They will immediately ask for the manager and make a personal appeal straight to the top using a mixture of emotion and logic. This is often successful.
This use of emotion is widespread, meaning objectivity is often the standpoint from which many decisions are made. The use of emotion and its display is highly valued. The popularity of Umm Kilthoum and her haunting love ballads, long after her death is testimony to this. Convoluted discussions on politics and religion are common, popular and certainly enjoyed. The Arab will use reiteration and volume to make a point. To hear an Arab shouting does not necessarily mean that he is angry, he may be simply stressing or emphasizing an issue. The Western manner of speaking softly and only saying things once, can lead to the conclusion that the speaker is not sincere.

On conversation, it is important to know that Arabs do not find periods of silence, whilst sitting with friends or business colleagues, at all awkward. This is in direct contrast to the average Westerner who finds it embarrassing and will make every effort to keep conversation going. It

has been said that many a canny Arab businessman will use this to his advantage in his dealing with Westerners.

Arabs are extremely proud of their appearance and careful about what they wear in public. They will always want to appear to look their best and will take time to achieve this. The Western habit of looking scruffy is surprising to them: why would you wear

worn out jeans if you can afford and look a

lot better? Femininity is prized with jewellery and perfumes being the most popular gifts. Thobes (traditional robes) worn by the men are always spotless; individuality is expressed by choice of watch or cufflinks.

This article is intended only to be an introduction into understanding the wide, deep and rich Arab culture as to explain fully would take very many more pages than this.

I have tried to illustrate Arab patterns of behaviour, rather than generalising about Arabs in general or Bahrainis in particular. An understanding of the people only really comes from meeting and mixing with the local people; if you show interest, you will be invited warmly and unreservedly into homes and families. This will add a previously unknown dimension to your life causing you to fully appreciate the Arab proverb:

‘Paradise without people should not be entered because it is hell.’

The Home of Golf: Discover Scotland’s Historic Greens Away From The Crowds During the 150th Open Tournament

Discover the best golf courses in Scotland: from the coastal setting of the Machrie Hotel & Golf Links, the Schloss Roxburghe’s wide array of adrenaline activities alongside its championship course, Greywalls with ten Championship courses within a five-mile radius and much more. END_OF_DOCUMENT_TOKEN_TO_BE_REPLACED 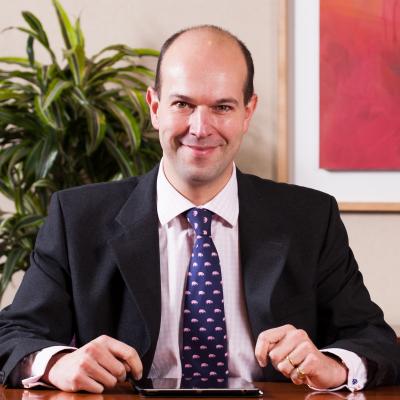 Saffery Champness has announced eight new promotions to its partnership with effect from 1 April 2019. END_OF_DOCUMENT_TOKEN_TO_BE_REPLACED