When it comes to divorce, what the law states versus what is portrayed in the media, or shared among friends, can be difficult to discern. As lockdown slowly lifts in the UK and a flurry of divorce instructions are anticipated, Citywealth puts the record straight on four common myths with the help of some of the leading divorce lawyers in the UK.

Myth One: Instructing a lawyer will make my divorce more litigious

In the initial throes of a marriage breakdown, instructing a lawyer can be viewed as a provocative action, but, as Katie Spooner, a partner and Head of Family at Winckworth Sherwood, explains, hiring a good lawyer doesn’t mean your divorce has to be litigious.

“Often on TV you’ll hear a lawyer and client plotting to take the other to ‘the cleaners’, but in real life, it doesn’t happen like that. The law doesn’t support that approach”, explained Katie. She believes it’s important to find a resolution-focused lawyer who can provide advice on the settlement you are agreeing to. “A lawyer is there to make sure that processes are being followed and you are agreeing to decisions which are in your best interest. From selecting the jurisdiction for your divorce, to ensuring valuations are accurate and reliable, and that there has been full disclosure of both parties’ assets, irrespective of whose name the assets are in. It’s about ensuring nothing is missed, that you understand the options available to you and that you enter into an agreement that is both fair and practicable”, she concluded.

In many instances, a lawyer can keep circumstances calmer than two separating parties handling the divorce themselves. “One example is citing behaviour on the divorce petition, generally a lawyer will put in something less spicy than a spouse would, which can help keep temperatures down and focus attention on dealing with the finances and any children”, said Matthew Taylor, a senior solicitor at Stowe Family Law.

Unfortunately, there is no such thing. The quickest timeframe – if everyone cooperates – is between four and six months.

“Often HNWs want things done and dusted as quickly as possible, but there is a process to be followed and it is in their best interests to follow it”, said Natalie Lester, a senior lawyer at Debenhams Ottaway. “For example, not undertaking the full financial disclosure process could be a high price to pay”.

The ultimate quick route is for a separating couple to reach an agreement between themselves, but it’s rarely a suitable option for UHNWs due to the complexity of their assets and their international lifestyles, warned Matthew. “Those wishing to stay away from the courts, might turn to arbitration and/or mediation, which can still be quicker than the court system, however it’s very case dependent as a reluctant spouse or any suspicion over hidden funds would require court disclosure for certainty”, he added.

It isn’t all bad news. Since the introduction of the online divorce system, the process has sped up. While separating couples could navigate the form on their own, the advice is not to. “It’s quite tricky to navigate if you don’t know what the questions mean or what the effects are of ticking particular boxes. It’s not something I’d recommend, particularly if there is a lot of money involved”, warned Amy Scollan, a partner at Hunters Law.

Myth Three: I’ll save money if I go down the DIY route

Even if your divorce seems relatively simple, there can be complications. “DIY at your peril” is the advice from Charles Hale QC, a barrister at 4PB. In his experience, “DIY can mean more fall-outs and more money spent fighting after, as a result”. He says to save money divorcing parties should “stay on good terms with their ex-spouse and take proportionate, professional legal advice early”. That legal advice should at least cover jurisdiction if one of the spouses is not a UK national and importantly, disclosure of assets. The risk of getting something wrong in relation to either of these points could prove very costly. “Sometimes there is inadvertent non-disclosure of assets, where someone thinks that something handed down via inheritance doesn’t need to be disclosed at the beginning, and then there is deliberate non-disclosure. It’s very difficult for parties to get disclosure right in a DIY divorce”, said Charles.

As mentioned above some separating couples are submitting their own divorce petition via the online portal in a bid to save costs, but the opposite can be true if mistakes are made. “We’ve seen an increasing number of people completing their forms incorrectly. Mistakes such as not writing the place of marriage exactly as it appears on the marriage certificate and incorrect spelling of names can result in the petition being rejected, and cause further delay”, said Natalie.

Myth Four: I can have the same settlement as my friend

It’s not uncommon for solicitors to hear, “I’ve been speaking to the girls and this is what they got on their divorce”. Yet, taking advice from friends can be an unhelpful approach to divorce. Every case turns on its own facts, and “while a friend might be coming from a good place, their advice might go against what the client is trying to achieve”, said Amy.

There is a great deal of discretion in this country when it comes to what constitutes a fair financial settlement, explained Katie. “There is no formula or one size fits all approach”.

It’s why Emma Nash, a partner at Fletcher Day, recommends not just a lawyer, but a team of advisers, including a financial adviser to help you understand your short term and long term financial goals, and an emotional adviser so that you take better decisions (rather than be driven by anger). Once a final financial order has been issued, it’s very hard to get it changed. “It needs to be right the first time”, said Emma. “In the past, many women were taking the family home rather than pension assets but when the property crash happened, the wives had nothing whereas the pensions had survived. It’s our role as lawyers to make sure clients have thought about all of these issues, ideally alongside a financial adviser”.

With the record set straight on these common myths, we’ll leave you with one final piece of advice from Emma: “Don’t underestimate how difficult divorce can be to come to terms with. We’re talking about the end of a marriage. Many people think they are equipped to deal with it, but in my experience, they require a supportive team around them to get the best outcome”.

If you require legal advice, visit our Leaders List directory to view the top family and matrimonial lawyers, as well as financial planners.

END_OF_DOCUMENT_TOKEN_TO_BE_REPLACED 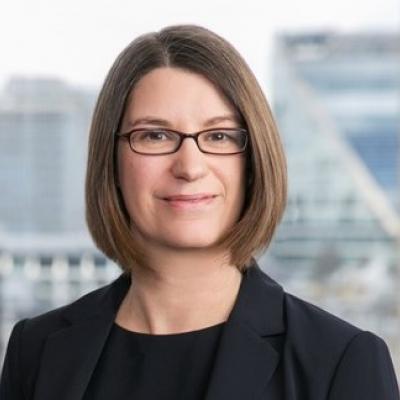