Cyprus, one bail-in and one super-size Chinese investor later

Cyprus was jubilant before the election about Nicos Anastasiades coming to power. He will have little power now that he is in. Has he taken a poisoned chalice?
“Cyprus needed economic measures to modernise the economy. Anastasiades was elected as the leader who would carry these modernisation policies. He knew of the country’s needs and problems and actively campaigned on these issues. His power is now enhanced by the fact that Cyprus has no choice but to follow deep-rooted measures to change.‚Äù

Nicos Anastasiades spoke of union reform during his election campaign. After such an economic shock is this likely or probable now?
“Unions are at their weakest during high unemployment and union reform is most needed when labour policies have failed to produce jobs. Union reform now is most needed and therefore most likely to happen.‚Äù

What does the bail-in mean for property developers/ businesses on the island in the short and long term?
“Labour policies such as lowering the minimum wage as well as social taxes will help lower build costs as well as prices of new builds and thus increase development activity.‚Äù

Do you agree with the Eurozone-IMF proposition? If not, what else could have been done?
“The Eurozone-IMF proposition relating to the ‘bail-in instead of bail-out’ has helped bring a near collapse of one of Cyprus’s major source of income, which is the banking sector. It has also harmed worldwide the safety factor of deposits and thus the incentive to save money in a bank, the cornerstone and basis of lending or making funds available for investment growth and creating jobs. Therefore, I cannot but disagree. Alternatively, Eurozone and IMF could have recapitalised Cyprus banks directly from the ECB or allowed the Cyprus government to impose taxes on the high interest of deposits.‚Äù

What will happen to clients who were planning to develop in the region with deposits in banks who may now have their funds taken? Or is this not the case?
“Although there are various different cases, the final details of what will actually happen have not yet been decided. The actual number of depositors who have been affected by this banking failure has been limited to only one of several banks that exist in Cyprus which has helped to save deposits in all other banks. The majority of the big depositors weren’t interested in investment in Cyprus and were here mainly due to high interest rates so Cyprus hasn’t lost out in this respect.‚Äù

Is foreign money still the answer to Cyprus’s woes? Will Chinese and Russian money still come or has this ended now?
“Foreign money was not only fuelling the banking sector but also the property and business investment sectors. There is now a gap where the banking sector was but the fundamentals that made Cyprus attractive are still there and should still attract foreign depositors. We have a low tax regime; political stability, good education level, democratic and multilingual population as well as being a small country with an excellent climate.‚Äù

I presume there will be a further property crisis in Cyprus? Is this an opportunity or a nightmare?
“Cyprus has, relatively to other European Countries, a small size property sector and therefore limited supply.‚Äù

Is it right that the Eurozone and IMF should decide the fate of such a brand as Laiki Bank? Or did Laiki deserve to shut down?
“Laiki Bank was under capitalised and therefore one can say it was prone to failure. However, the European Parliament created the Bank Support Fund precisely for the purposes such as the recapitalisation of banks. It was unfortunate that Laiki Bank was targeted, I think, in an effort of Europe to downsize the banking sector of Cyprus which stood at seven times its GDP.‚Äù

What are the good prospects for Cyprus, if any?
“Cyprus also offers an alternative package of ownership security, European property laws, transparent and short purchase process. Cyprus property prices have fallen to the lowest point during the Europe crisis of 2008-2011, due to complete lack of demand at the time. New immigration programmes though, linked to property purchases have attracted a steadily growing demand for properties coupled with short supply can potentially Increase the prices. The opportunity is therefore now rather than later.
“With regards to foreigners, Cyprus remains, as it always was, a very attractive tourist and business destination. It has great prospects as demand for property will increase in the next few years given the large scale of investments programmed by the iil and gas industry, as well as the cheap energy and high income from the oil and gas reserves. These factors can only create great future economic activity.‚Äù

Do you see any trouble from Russia with regard to what has happened?
“Russia has already blamed Europe in their official statements for the immense pressure it levied on Cyprus for targeting particularly the banking sector which housed Russian deposits and for not giving the opportunity to Cyprus to scale down its banking sector gradually without harming deposits. Despite what has happened, Cyprus remains an important country to Russia because of long-term historical ties, Orthodox Christianity, interlinked civilisation, its important strategic position and its huge oil and gas reserves.‚Äù

Does Cyprus in effect become like Cuba? An island that has to rely heavily on tourism dollars?
“Cyprus is an attractive tourist destination but it is also a European democratic country with a high level of European education and culture, steadily increasing foreign investment with a capitalist system which favours investment growth and the private sector. The laws and democracy in Cyprus are the same as any other European destination. It could never end up like Cuba.‚Äù

Give me your view of the outlook for Cyprus.
“The Cyprus economy is fairly diversified today. Since the 1974 invasion and occupation of 38% of its land, it has evolved from an agriculture-based economy and has strongly developed such sectors as construction, shipping, agriculture, banking, tourism, insurance, production and light industry production. Today, we are faced with a correction of the over-sized banking system which had grown disproportionally to the country’s GDP.We are, however, looking at the birth of a new modern economy with a much smaller government sector, a bigger private sector, a fast-growing energy sector with huge potential for making Cyprus an energy hub for Europe.‚Äù

Chinese enter Cyprus
“We have sizeable inward private investments such as the 10bn Euro Gas Liquidation Unit programme. We have also just had Charles Zhang of Hong Kong-based company, China Glory National Investments, make a substantial real estate investment in the area of Paphos. The expected spend is thought to reach close to 400 million Euros and will bring benefits like employment and taxes.‚Äù 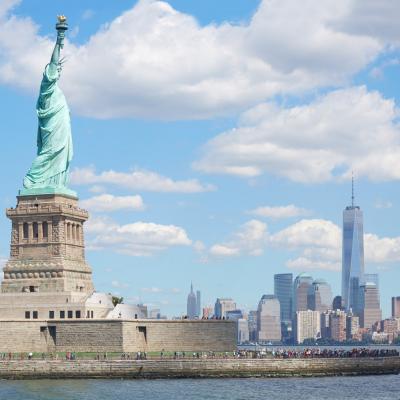 Coming back from her trip to the US, Citywealth's Editor and CEO Karen Jones gives an overview of the current art landscape in New York. END_OF_DOCUMENT_TOKEN_TO_BE_REPLACED

From the back of the stage, peering out across the sea of cheering supporters, it felt a bit like Glastonbury - without the rain