The Club aimed at those in their first or second job plans to bring together a selection of just thirty individuals from investment managers, to lawyers to accountants and charities to facilitate business contacts and hopefully some friendships.

The events are informal – there are small five minute speeches and we plan that they are light hearted and fun.

The evening of the 22nd June included Powershot “drinks” which are a mix of guarana and honey to help maintain energy. The more daring of our attendees mixed the Powershot drinks with champagne
for some extra enjoyment.

As always, VIP guests were invited to give our attendees access to “clients” and significant mentors who may otherwise be difficult to meet.

Citywealth would like to thank all the participants for making it a great success, in particular Bella Hopewell , Partner from C Hoare & Co, a family business banking operation from the 1600’s who gave a speech on “three mistakes not to make with private clients.”

Bella is one of the Hoare family and her advice should be considered priceless.

Other notable guests – private clientsincluded Simon Harrison, owner of Simon Harrison Ltd a company with turnover of ¬£5million a year. Simon makes jewellery for most many top couture houses for their catwalk collections – his customer names include Lulu Guinness and Vivienne Westwood. Simon is just working on his own collection which will be out at the end of 2009. Karen Jones, Editor of Citywealth wore the first collection of jewels, which were made specially in time for the evening at the Citywealth awards in May. Abraham Bejerano, owner of AB Hotels attended. AB Hotels, also a family business own two four star properties: Sopwell House Country Club and Spa and Five Lakes golfing resort. AB Hotels are to go upmarket in 2009 and will open a new five star hotel in Marble Arch at the end of 2009 called “The Arch.” The hotel will be aimed at trendy thirty something business travellers and will include features in the room such as Nespresso coffee machines – their marketing literature says is will “feel like a private club without a membership fee.”

George Jatania, nicknamed one of the “billionaire brothers” and Chairman of Lornamead, who have products such as “Woods of Windsor” also attended smoking his signature Gamucci electronic cigars George is about to launch a new super luxury skin care range called George J. Citywealth Editor has been testing out the selection which has definitely made her look more youthful than her years.

Valerie Austin, hypnotist to the stars and trainer to hypnotists attended.

She has several yachts and is owner of the Flamenco Rose yacht moored in St Katherines Dock
which she lives on for part of the year (the rest of the time she lives in Florida). Valerie is married to James Pool, author of two famous books “Who financed Hitler” and “Hitler and his secret partners” which have been best sellers for many years and are available on Amazon. Valerie is diversifying into films and as well as a Cannes Film Festival jaunt also held a party this week on her yacht for a US family (Joey Cool). She is hoping to feature a story on his family and their unusual Florida life which is full of intrigue and strange happenings.

Urbanity, a lifestyle consultancy for men, offered guests complimentary vouchers for to help emerging advisers and managers get their look right to help their career prospects; Innerplace concierge offered “3 month free trials” cards to enable entry into VIP bars and clubs – a sure way to help you make friends and Martin Millers gin and Power shot miniatures were given to guests on their departure.

We would like to thank all the guests for spending their valuable time with Citywealth, we understand sometimes work pressures make evening functions an extra burden, but hope our two hour party slot, helps make this less so. The next Citywealth Tomorrow Club partyis 2nd November at Home House-this timewith sixty guests.

Georgina Campbell, GAM,
“In terms of my role / activities, I am part of the Portfolio Management team based in London. My client base is extremely varied and much of my time is spent meeting with my clients reviewing portfolios, as well as looking to develop new relationships through intermediaries both onshore and offshore. My client base is split 50/50 in terms of onshore / offshore and so I spend a fair amount of time travelling.”

James Badcock, Macfarlanes. “James Badcock is a solicitor inthe Private Client Department at Macfarlanes where he qualified on completing his training in 2005. James advises UK and non-UK domiciled clients and their trustees on tax and estate planning as well as those more offbeat matters that crop up in the lives of private clients. One particularly interesting project has been the development of an extremely complex trust structure with extensive settlor reserved powers in a matter which has no connection with the UK at all. James has also frequently been involved in fiduciary due diligence, whether as part of the acquisition of a trust company, the review of a client’s structure or a regulatory investigation into a particular trust.”

Tom Catchpole, Vestra Wealth.”Tom Catchpole graduated from Durham University before beginning his career at JM Finn & Co Stockbrokers where he trained for three years. After a move to UBS Wealth Management he was appointed an Associate Director in 2006 and continued there until leaving to become one of the founding members of Vestra Wealth. Tom has been instrumental in establishing this exciting new business, and now manages portfolios for individuals, trusts and small companies.”

James Hutton, GAM. “James has seven years’ investment experience and is a Portfolio Manager based in London. Prior to joining GAM in 2005, James was a regional account manager at Mellon Global Investments and a fund manager’s assistant at Newton Private Investment Management, Leeds. He holds a BA (Hons) in Business Management from the University of Newcastle upon Tyne, the IMC and the CAIA qualification.”

Annika Jones, Berwin Leighton Paisner. Annika is an Associate specialising in trusts and charity law. She has on- and off-shore experience of advising settlors and trustees (individual and corporate) in the establishment, restructuring, regulation and on-going running of both charitable and non-charitable tax-efficient structures. Annika has particular expertise in difficult registrations and complex incorporations of unincorporated charitable bodies. Annika joined the Charity Law Association’s working party formed to respond to the Charity Commission’s draft guidance on Public Benefit and Charities for the Advancement of Moral and Ethical Belief Systems. She is also a member of the European Association of Philanthropy and Giving, the Charity Finance Directors’ Group and a student member of the Society of Trust and Estate Practitioners.

Annika was highly commended at the Citywealth Magic Circle Awards 2009, where she was shortlisted for the Citywealth Tomorrow Club Award for Emerging Wealth Advisor of the Year.

Formalities and finances are not enough.

Personality and culture …what’s important to them?

Do not expect one meeting will be enough. Invest time.

Work out what they are not telling you.

Be prepared to let them know you a bit too, encouraging them to open up – but remember they are not really that interested … you are not equals.

REMEMBER IT’S THEIR MONEY NOT YOURS

Don’t “be clever” with their money.

You are not there to judge their behaviour – extravagance and inefficiency are their prerogative.

Live with the fact they will not always follow your advice.

KNOW YOUR PRICE AND BE FIRM ABOUT IT

Free advice is not valued and won’t be followed ….. wastes everyone’s time.

Cutting fees can give a customer a bad feeling. OK to negotiate a deal that suits everyone but probably best to avoid haggling over price.

If giving quotes for work as a professional you should expect to lose a proportion of new clients on the basis of price – if not you are selling it too cheap.

Juliet Agnew, Head of Philanthropy at Barclays Private Bank tells Citywealth why she has the best job; helping clients to find the most fulfilling and impactful approach to their giving. END_OF_DOCUMENT_TOKEN_TO_BE_REPLACED 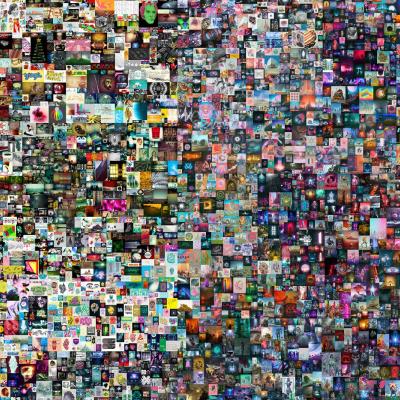 Citywealth's April French Furnell asks: Why are NFTs growing in popularity and what should investors know before adding them to their art collection? END_OF_DOCUMENT_TOKEN_TO_BE_REPLACED