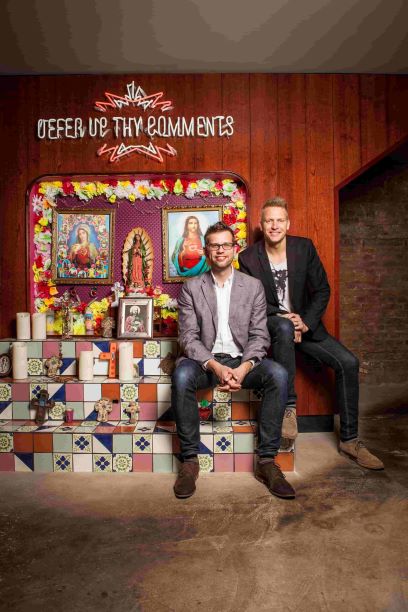 Eric Partaker, is one half of the dynamic duo behind Chilango, the Mexican chain which has made headlines with its successful crowdfunding campaigns. Having previously worked at Skype and having caught the ‘entrepreneurial bug’, Eric and his partner Dan Houghton launched Chilango in 2004.

In 2014, Chilango made headlines by launching its first ‘Burrito Bond’. It raised more than ¬£2million from 700 investors, doubling the ¬£1million target. On the back of its success, this October Chilango returned to its loyal customers to seek its next round of funds for expansion with the launch of Burrito Bond 2. With a promise of 8 per cent interest a year for four years on a minimum investment of ¬£500, the Burrito Bond also offers investor perks such as free burritos and guacamole ‚Äì a big hit with their investor base.

Citywealth spoke to Eric Partaker to find out more about the inspiration behind the Burrito Bond, his advice for entrepreneurs starting out, and what’s next for the Mexican chain.

Tell us about your passion for Mexican food and the idea behind Chilango.

I’ve always been about flavour, ever since I was a boy, and when it comes to flavour Mexican food reigns supreme. I also grew up on burritos and tacos in my hometown of Chicago, but upon moving to London, I was suddenly left with nothing.

Shortly after moving to London I joined Skype and started working together with my now business partner, Dan Houghton. The experience at Skype was like riding a rocket ship and left us both with the entrepreneurial bug.

It wasn’t long after that we decided to team up and venture on our own, with Chilango.

Any advice for entrepreneurs starting out?

Always be prepared to work hard. Lots of people can outsmart me, but I know few can outwork me. Perseverance and resilience are your secret entrepreneurial weapons.

Surround yourself with wisdom. Just about everything has been done before, so in that sense your only task is to network your way to the knowledge.

Don’t run out of cash!!! Take your sales estimates and knock them down by 30%. Then increase your costs by 30%. Take your resulting cash requirement and multiply by 3!!!

What does it take to be a successful partnership?

For starters, you need to know what you’re good at ‚Äì and logically, what you’re not so good at. Divide up your focus based on those strengths, with clear reporting lines.

Take plenty of time to meet on your own, just the two of you, in order to present a unified voice to the rest of the team.

Of course, you’re going to make mistakes along the way, so be quick to say sorry when you mess up and mean it.

Where did the initial inspiration for the ‘burrito bond’ come from?

For the most part we’ve funded Chilango from our guests and fans. It’s largely been equity.

When we launched our first bond, four years ago ‚Äì with the same 8% rate of interest ‚Äì it raised more than ¬£2 million and attracted over 700 investors, many of them regular guests at our restaurants. People want to be part of our story.

So, when the time came to start bringing debt into the business, we figured crowdfunding was the way to go once again.

Why did you decide to appeal directly to investors?

Our brand is now well established, so we feel comfortable marketing our opportunities direct, without the support of a platform. We pay less funds on fees in the process, therefore saving more of what we raise for growth.

It certainly seems like the market approves. With more than three weeks to go in the campaign,Burrito Bond 2 has already raised over ¬£2.0m from our guests and fans, as well as investors throughout the UK, in less than half the time of the original Burrito Bond.

Are there any lessons learned for bond #2?

These types of campaigns are never ‘push a button’ and watch the funds roll-in. We learned that the first time around and this time around we’re working on the campaign every single day ‚Äì exploring new initiatives and opportunities.

We filmed a great promotional video to support the launch, a spoof of the opening scene of the James Bond movie ‘Spectre’, with a cast of 50 extras on the roof of the Old Truman Brewery, and have loads of exciting initiatives planned to keep the campaign alive.

We also learned that our investors really enjoy our rewards. Every investor in the Bond is entitled to free burritos, with those investing more than ¬£10,000 qualifying for our Black Card providing not only the 8% annual interest, but also one free meal per week for the lifetime of the Bond. We have also debuted a completely new referral programme, designed to inject some vibrancy into people’s lives. It includes numerous rewards ‚Äì a private flavour event with the former Senior Development Chef of The Fat Duck, an all-expenses paid trip to Day of the Dead in Mexico, Spanish language instruction from some of the world’s most accomplished instructors and an array of thrill-seeking activities such as skydiving, motor-racing, speed-boating, abseiling, bungee jumping, and ice climbing.

Can you describe your plans for Chilango over the next five years?

We have a restaurant in Manchester and will open next in Birmingham. We want to open further restaurants in the regions, but for the next two or three years we plan to focus exclusively on London. We know London well and have identified some excellent sites and locations.

Few restaurant chains today can talk about the positive like-for-like sales that Chilango enjoys, or the nearly 20% average restaurant EBITDA we’re on track to produce in our current financial year. With 100% of our restaurants profitable we’ll keep our heads down and keep doing what we know super well ‚Äì making restaurant-quality food, at the speed, convenience, and price of a quick-service concept.

During the next 5 years we’ll also continue to develop and push the Chilango brand mission to make the world a more vibrant place by adding flavour to people’s lives.

Can you name some of your biggest supporters?

My family for starters ‚Äì followed by the 2,000 guests and fans that have invested in the business, our 140 employees, and the 25,000 people that visit us every single week!

Favourite food item on your menu?

Hands down the BBQ Surf & Turf burrito. The BBQ salsa together with the smoky prawns and the juicy steak is an absolute flavour bomb. It will change your life. 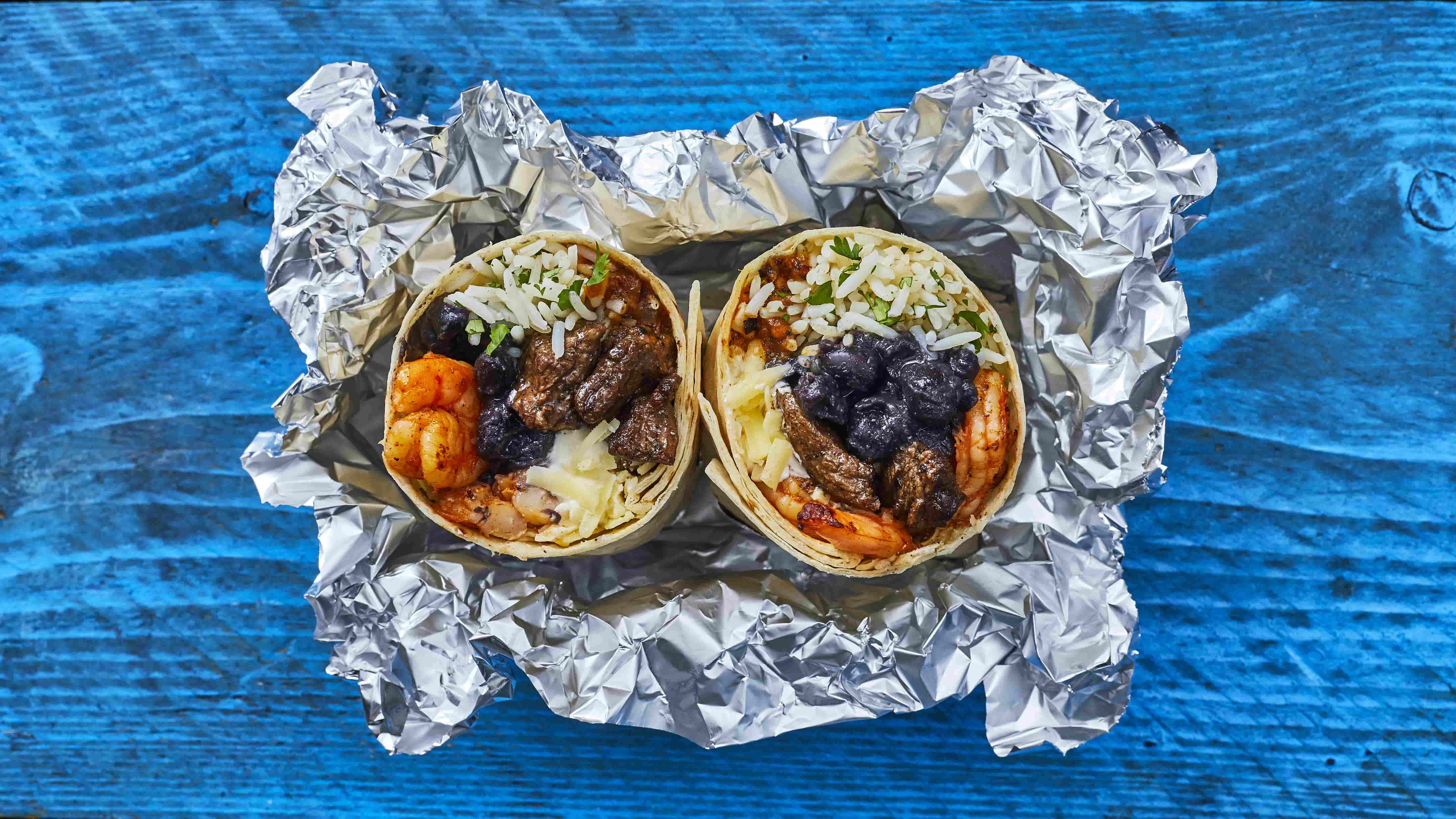 END_OF_DOCUMENT_TOKEN_TO_BE_REPLACED

KPMG has appointed Greg Limb as UK head of private client advisory as Dermot Callinan will be retiring in 2017. END_OF_DOCUMENT_TOKEN_TO_BE_REPLACED