Planning for success at home, work and in the charitable world.

Sally Tennant is Head of Private Bank at Lombard Odier in the UK, which as well as being a prominent seat makes her, as proved by her entry on many hot lists, one of the most powerful women in private wealth management but it is a role she is comfortable with having been Chief Executive of Schroders Private Banking from 2002 to 2006 and before that Head of Global Institutional Business at Gartmore . Many articles have been written about Tennant which include her having helped launch and later sell, a hedge fund company called Beaumont Capital Management to Schroders. Citywealth took time to ask more about her background and views on various topics including women in the work place, working with UHNW clients and investing in Asia.

Tennant’s father was a diplomat and worked in Switzerland which is where she was brought up although both her parents were British. “I had wonderful parents” says Tennant “and being in Switzerland, I grew up fascinated by banking and finance.” Her path to the top was not in a jet stream or problem free though: “I made every mistake you can think of” she confirms laughing and allowing her softer side to emerge. “But I loved sorting out problems and making a difference or impact in my work and with clients’ finances.”

One of Tennant’s career highlights involved being in a start up hedge fund business with the now Schroders CEO, Michael Dobson. It saw a rapid sell out in under a year with Schroders paying ¬£33.5 million for their operation called Beaumont Capital Management which is a phenomenal success story and enabled its founding participants to step back and consider their careers with a solid financial cushion behind them. As most start ups usually require some tough times and endurance, I ask if Tennant has any stories of adversity from this time but she says not, saying quietly, “we strategized a lot before the off and got the model exactly right so when we started operating, things were straight forward and we stuck to the plan.” Which hints at her passion for planning and solid execution which have undoubtedly helped her reach the heights she has.

Is being a woman at the top different?

Of Women in workplace Tennant says “In finance no matter what your gender, you can measure performance and if you are good, you will do well. I think women and men’s skills are similar: To do well you must be able to work well in a team then think carefully about issues and provide solutions. In terms of having children and child care issues, I delegate at home as I would at work using skills where I need them like nannies and extra staff as appropriate.”

Why private wealth?
As to why the UHNW world intrigues and sits well with her, she says it’s not, as I suggest, the social side to the business. “It’s just very different to the pensions and Government Funds worlds which are much less personal than dealing with private clients. UHNW clients feel sick when they lose their own money and are delighted when they make some. I like the personal and emotional element to managing finance in this sector and the fact that we can make a difference to someone’s life.”

Sustainable and socially responsible investment is something that features in many Lombard Odier projects and Tennant says this is a tradition and is something that has continued through many generations. “It’s in our DNA,” she confirms then offers and example of Lombard Odier’s views on investing over the longer term. “In 1842 Lombard Odier saw investment dangers in the Southern United States because there were no labour costs and businesses were staffed by slaves. We believed the whole concept was unsustainable and immoral and pulled out. Twenty years later not one investment remained intact in the region. It took years to recover from what seemed initially like a goldmine.”

Asia
“China is deleveraging and growth will continue to slow down. The forecasts for China are optimistic, I would advise UHNW clients to be cautious. The situation is similar in India where there simply isn’t enough domestic demand for goods which will need to be addressed.

Who does she most admire?

Mozart. “Because he has a lasting legacy. He brings joy and pleasure and lifts the spirits.”

Lessons Tennant has learned and applied to her successful career.

“Learn from your setbacks. Be open about discussing things that you may have done wrong. Plan and review. It works well at Lombard Odier, this approach fits with the culture. Lombard Odier has survived forty different crises and the depression with a ‘plan then review’ approach.”

” I believe in luck but you have to have your eyes open to see it and taking advantage of it is a result of hard work and planning.
Persevere and don’t give up.

“We built our own proprietary software and we use it.” (Tennant shows me a credit card size plastic card which slots into each TV screen terminal in rooms for clients and staff to access data).

“The most important habit I have consistently applied is to hire people who are smarter than me. This allows me to delegate with confidence, to grow and learn.”

Tennant previously took a sabbatical to have a breather and got involved with charity work. She is co-chairman of Tommy’s, a charity which funds medical research into the causes of miscarriage and premature babies, which she said she did because she wanted to give something back but also because someone close had suffered a personal tragedy which touched her and motivated her to get involved . She helped with fund raising, trusteeship and co-chairing the charity. “We brought in a CEO from the private sector and applied business principles as well” she elaborates. Tennant is also a trustee of the Stars Foundation, a philanthropic effort set up by the Sabbagh Group. The Stars Foundation gives awards to charities working in the area of child health, education and protection in the poorest places in the world. Tennant brings her usual rigorous approach to her role with them. “I am a great believer in measuring our impact and showing results as a banker and as a trustee,” says Tennant, smiling confidently.

Lombard Odier have published a series of books entitled: Why Me? Wealth: Creating, receiving and passing it on. Why others? Philanthropy as an opportunity and Who me? Family business succession. A practical guide for the next generation. 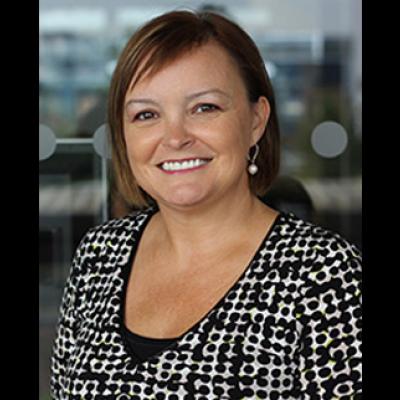 Garrad, currently the CEO of First Direct, succeeds Ewan Stirling, who is retiring after more than thirty-one years with HSBC. END_OF_DOCUMENT_TOKEN_TO_BE_REPLACED 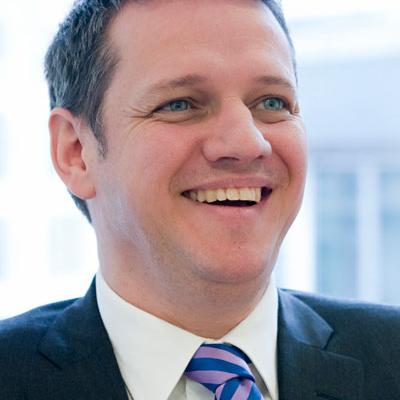 Becky Shaw, solicitor, and Simon Fitzpatrick, partner at Boodle Hatfield say government efforts to prevent the export of important art works out of the UK has saved many national treasures rom ending up in wrong hands. END_OF_DOCUMENT_TOKEN_TO_BE_REPLACED