Red carpet, RBC cocktails, Robin Leach and Citywealths very own Marilyn Monroe welcomed the A list crowd at the Citywealth Top 100 Americas event in Los Angeles. The evening was held at the Hotel Bel Air, one of the most prestigious hotels in LA and an area that is home to many uber creative talents and celebrities.

A glittering, black tie affair, it attracted a bouquet of ball-gowns that swept along the forty-foot, red-carpet like long eyelashes sweeping a geishas cheek. The paparazzi jostled for photos as the American wealth VIP’s and celebrities glided to the cocktail area. Royal Bank of Canada’s ‘A’-list private bankers Pamela Woodburn and Karen Troy, greeted guests as twinkling lights filled everyone with anticipation for the night ahead. On arrival at the RBC drinks reception, the top 100 guests were awarded their crystal engraved trophies and took their moment in the limelight. The film crew and photographer hustled to get prime shots and Marilyn Monroe pouted sweetly in front of the golden RBC stage backdrop. Juan Manuel Prieto who flew in with his stunning wife Ximena from Colombia turned photographer himself as snap after snap of Marilyns best features were recorded for posterity.

Gold and blue RBC balloons filled the cocktail area and guests clamoured to meet fellow business celebrities before being called to dinner.

Kaya Morgan, Citywealths Vegas Executive Producer had arranged a host of celebrity guests and a silent charity auction with art donated by the rich and famous. Portraits adorned the cocktail room and included a picture of David Bowie by pop icon artist Davo who was the official guest artist of the Academy Awards. Screen hunk Tony Curtis who has developed a highly successful second career in the art world donated a self portrait valued at $100,000 which prove a star exhibit. World renowned artist and talent Alexander Presniakov attended the Citywealth Americas event with high society lady Farah Diba. He generously donated a $1.2 million dollar original painting to the charity auction. Alexander Presniakov has had portrait commissions that include Ronald Reagan and Princess Diana. Notable attendees also included former Indian film actress Rajshree Chapman and husband Greg Chapman, Grace Robbins Barnes the widow of famed novelist, Harold Robbins, Marci Weiner a TV reporter and personality in Los Angeles with appearances on the Joan Rivers Show and uber business celebrity Dr Conrad Loreto. Dr Conrad Loreto is a renowned polo player and an ‘A’ list complimentary medical expert and respected entrepreneur in Los Angeles.

Wealth attendees at the event included Mark Ivener of Ivener & Fullmer, Los Angeles who was the only immigration attorney to appear on the 2006 Citywealth top 100 Americas list. Mark specialises in immigration for celebrities and has worked with film legend Anthony Hopkins.

Jack Kinnebrew of Strasburger & Price flew in from Dallas as did Michael Graham of the Graham Law Firm. Both were
accompanied by their beautiful wives Carole and June and had gone to great effort to attend. Michael could only jump on a jet at the last minute after a billionaire client requested a meeting on the same day.

A big contingent of wealth stars were in town from New York and Miami with leading private client legal names that included Josh Rubenstein who famously acts for the Rudolph Nureyev estate. Josh took the award for Private Client Attorney of the Year. Also attending was Steve Cantor of Cantor & Webb, Miami; Simon Beck, Baker & McKenzie, Miami and the international super star Joe Field, from Withers Bergman in New York.

Financial ‘A’ listers included much revered Patricia Angus, Managing Director at Shelterwood Financial Services who works with a handful of super rich families from New York.

Pamela Woodburn, Managing Director of RBC, San Francisco and Karen Troy, Director of Global Solutions, New York attended and dressed in movie star style. Both work for RBC, a global banking organisation that specialises in serving wealthy clients in protecting and investing substantial assets. Michael Moodie, President and Director of Global Private Banking at RBC also attended and behaved like a perfect gentleman even when Marilyn Monroe snuggled up to him on more than one occasion.

As well as the Citywealth top 100 list attendees receiving their crystal engraved trophies for being voted best in industry, Citywealth also announced select Magic Circle Awards on the night. Awarded by state, they were either for specific ‘achievement’ or for ‘personality’. The personality awards are for professional advisers with a gentle approach to client care. One that puts the client first; treating them as a friend and always adding value with ideas and innovation.

After a sumptuous dinner and the Magic Circle Awards were over, a Vegas style show hit the stage to entertain the crowd. Some disco dancing was spotted as under table foot tapping progressed to swaying. Many stayed to drink a cognac or two late into the night in the beautiful setting of the Hotel Bel Air.

Citywealth Editor, Karen Jones looks forward to doing it all again later in 2007 and very much hopes you will be able to join her once again for an evening to rival the Oscars.

The Citywealth top 100 Americas list will change in year two to reflect expertise and rank individuals throughout America.

If you are interested in meeting the European Citywealth wealth crowd then do put 10th May 2007 in your diary for our big Bollywood Indian style party at London Zoo.

With thanks to the artists donating work to the charity at the Citywealth Californ-i-a top 100 event. Artist Alexander Presniakov donated a $1.2 million dollar original painting to the charity auction. He has art shows in Paris, Nice, London.

The self-portrait of Actor/Artist Tony Curtis donation was valued at $100,000.

The art on David Bowie was by Davo who was the official guest artist of the Academy Awards, and is neo-expressionist pop icon artist, Davo.

Artist Mckenzie is famous for working with celebrities and donated a $50,000 US piece to the auction. www.mckenzieartstudio.com

New York Personality of the year

New York Achiever of the year

California Personality of the year

California Achiever of the year

Texas Personality of the year

Wealth Manager of the year – institution

Wealth Manager of the year – independent 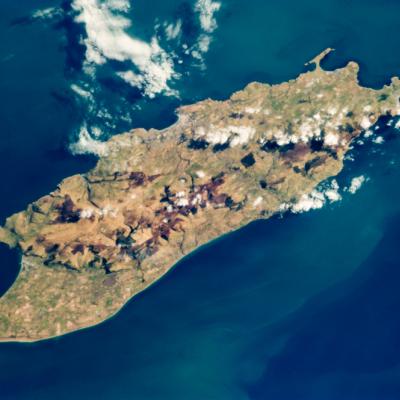 The Isle of Man, which its picturesque scenery and high quality of life, used to be a place to which the wealthy retired in search of tax savings and advisers who could help them manage their riches. But life has changed, with the island's government moves to attract entrepreneurs. END_OF_DOCUMENT_TOKEN_TO_BE_REPLACED