Charities and their investment strategies.

Interestingly my net spread far and wide to speak with investment managers. Some were friendly and had good ‘bed side manners.’ David Scott head of charities and Director of Investment Management at Singer & Friedlander was one of those. Others were less approachable adding comments like “it’s a bit of a pain if you get a trustee who thinks they know about investment, its much easier when they know nothing and let you get on with it.” The person in question did say afterwards though that “of course, it is a trustee’s fiduciary responsibility to have ‘knowledge’ of investment.”

Battling through the personalities, most investment managers (in the main) said similar things about investment strategies. Charities are not spending their own money so are naturally conservative.

Richard Maitland, Head of Charities at Sarasin Chiswell agreed with the conservative theme: “In the long term what charities need to do is balance what they are giving away today to their giving in five years time. They have to steady the interest of todays beneficiaries with next years beneficiaries.” Richard commented further “Make sure assets match liabilities and future spending plans. Only invest long term money in a measured way and make sure everyone understands what their assets are meant to do. If you invest in a short term strategy you may end up being a ‘forced seller’ with all the ramifications that come with that. Invest in a way that ensures the capital after inflation is there in ten years time. Constructing a charities portfolio needs to rise with inflation otherwise ¬£100,000 given today is not ¬£100,000 given in five years.” Richard says “Charities need to take into account higher inflation in different sectors – the service sector for instance is much higher. Also at the heart of charities decision is the spirit of what their money is there for.”

Richard Maitland comments further: “For some clients they don’t invest but instead the money is a reserve – money that they’ve promised, so it just sits in an account with a cheque book. Other charities don’t raise money but have a big endowment to manage with no fund raising but spend the income which means more serious investment and active management strategies. ”

The general consensus from investment managers is that charity investment is pretty straightforward stuff and many contacted hadn’t seen any rush toward hedge funds. Richard Maitland disagreed and said he had noticed “an increased interest.”

Andrew Impey, Chief investment Officer and Director, Investment Management at Singer & Friedlander, as expected, hadn’t seen any particular interest in hedge funds but had seen an upswing in structured products. He said: “It is crucial that charities have a ‘Statement of investment policy’ so that everyone understands what can be done.” He see’s more domestic investment because of the worry about currency fluctuations and generally finds charities aren’t too adventurous and stick to big cap offerings. He did add though that he is trying to convince the charities he deals with to look more at hedge funds.

Cazenove have the only qualifying fund for charities which is advised by Fauchier Partners LLP. I spoke to John Gordon, Director of Charity Clients at Cazenove to get the low down. He said their offering is a “Funds of hedge funds” and is a Common investment fund – approved by the charity commission. It is not for overseas charities only for UK.

As to why others hadn’t set up in competition he said there were two reasons “there wasn’t the capacity and it was not easy to get established and approved.”

They now have around ¬£240m under management and he says it has “moved on apace and is growing quickly in size.” They are relatively conservative in investment but this is the requirement of the client. They don’t get involved in anything like ‘black box trades’ – which are computer programming trades.

Their investment goal is: To generate absolute total returns of 8%-10% net per annum over rolling five-year periods. They have a minimum investment of ¬£50,000 and share the 1.5% fee with Fauchier.

The big funds are

David Scott, Head of Charities and Director in Investment Management at Singer & Friedlander has been with them for six years. From a long line of parsons he says investment performance must be laced with an ability to deal with the ‘type’ of client that a charity represents. Sometimes this can be an eminent person concerned with a small amount of money. The role requires decorum and is not for everyone.

According to David Scott at Singer & Friedlander there is approx ¬£11 billion in the UK ‘charity universe’ which is relatively small when compared to something like pensions. (Pensions are in the hundreds of billions.)

There are approx 250 charities and on average this is how they invest: 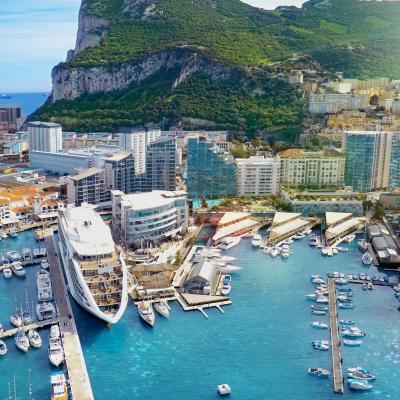 Anna Brocklebank, inspired by the Rev. Canon Dr. Modupe Taylor-Pearce, has created a DVD of gospel songs with  proceeds to go the charity DISCET who help rebuild lives in Sierra Leone.