A review of the double taxation agreement

Mr David Gauke, the exchequer secretary to the Treasury:

On 1st August HMRC published for consultation a technical note and draft legislation outlining a proposed approach to combating tax avoidance arrangements which exploit the provisions of double taxation agreements (DTAs). The responses so far received have made it clear that the proposed legislation, as drafted, could cause significant uncertainty for compliant UK businesses and overseas investors about its intended scope and its practical effect.

The Government is committed to providing certainty to taxpayers and acknowledges the concerns raised in the responses to the consultation. It has therefore decided not to proceed further with the consultation on the proposed legislation and will not include it in Finance Bill 2012.

The Government will continue to challenge specific arrangements that clearly seek to abuse provisions in a DTA.

This decision reaffirms the Government’s commitment to open and transparent consultation and demonstrates the value of consultation. The Government’s approach set out in its Tax Consultation Framework has been widely welcomed by business and others as providing a much improved basis for developing new legislation. If the Government concludes in the future that alternative approaches for legislating against Treaty abuse are necessary, it will consult on these alternatives in line with the Tax Consultation Framework.

Double tax treaties provide taxpayers with the confidence that their activities will not be taxed in two countries, and play an important role in helping the UK to attract inward investment.

Chris Sanger, head of tax policy at Ernst & Young, comments on HM Treasury’s cancellation of potentially far reaching changes that could have undermined the UK’s investment in over 120 double tax treaties.

“Today’s cancellation of the consultation on double tax treaties, launched in summer, and confirmation that the government will adopt a more targeted approach in future, will be greeted with a sigh of relief. Had the government’s proposals gone ahead, UK competitiveness would have been eroded. It would have hit commercial transactions by restricting access to funding markets and hiked up the costs of investing into the UK.

“The quick action of the Treasury, in terminating this consultation before it reached the submission deadline, shows the government’s new consultation process is working. True consultation involves listening to responses and, in this case, it is clear that the government has understood the concerns and acted accordingly.

“The consultation framework launched by the Treasury sets out a five stage process and, yet, this consultation was launched at Stage three, omitting the two vital policy design stages. These early stages help to ensure that any changes are focused and proportionate. Applying this process more rigorously would help avoid needless consultation and reinforce the UK’s aim of once again making the tax system an asset for attracting business to the UK.

“The coalition pledged to take a more consultative approach to tax policy making and, from this volte face, they seem to be living up to their mantra.” 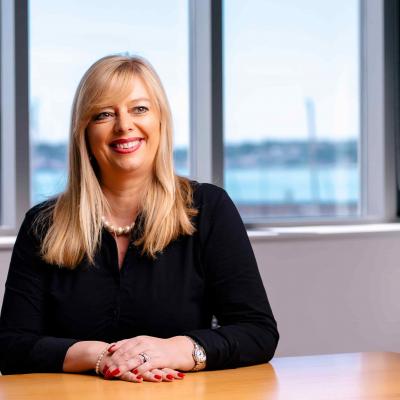 JTC has welcomed three new directors in its private wealth division as part of a 36-strong raft of mid-year promotions across its global network. END_OF_DOCUMENT_TOKEN_TO_BE_REPLACED

Both businesses will continue to offer private client, wealth and trust services.