James Dickinson, managing partner at Dickinson Gleeson, talks about his work and tells us about his father’s advice: “the greatest risk in life is to take no risk at all‚Äù. 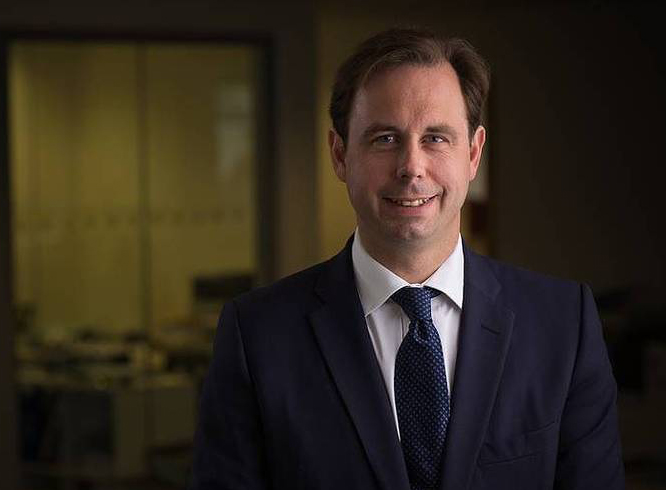 Tell me about your role at Dickinson Gleeson

I am the firm’s managing partner. I also assist my close friend and business partner, James Gleeson, in running Dickinson Gleeson’s litigation department. The department currently has two partners, four other fee earners and we are recruiting another lawyer.

What lessons have you learnt as a founding partner of a law practice?

Focus on what you are good at and not to get side-tracked by things that you are not. Face up to and deal with problems as they arise. Employ the best people that you possibly can and create an environment in which they can thrive.

Will Jersey benefit from Brexit?

The feedback we are getting from clients and colleagues in Jersey is that their businesses are trading well. The challenges include recently announced proposed changes to UK tax law which may affect the use of Jersey companies as holding vehicles for UK commercial property.

The UK will be responsible for negotiating Jersey’s position in the post-Brexit world. This is potentially problematic as Jersey is likely to be well down the list of the UK’s priorities at the negotiating table. Jersey was never fully part of the EU and had its own arrangements known locally as “Protocol 3‚Äù, involving restrictions on movement of workers related to Jersey’s size and infrastructure and beneficial trading arrangements with the UK and the EU. The basic aim is to try and keep them.

What challenges are your clients facing?

My current case load is varied, ranging from prosecuting claims to recover assets on behalf of HNWIs, to defending claims against UHNWIs, to recovery of stolen documents, to responding to claims for access to documents, to dealing with contentious issues arising in relation to trusts and estates for trustees, executors and beneficiaries. As Jersey is an international finance centre, we end up dealing with disputes relating to trusts and other family owned structures on a daily basis. A feature of these disputes is that family members always seem to want to pursue their disputes beyond the point where commercial and rational organisations will have drawn stumps. Privacy issues are also a feature of my current caseload.

My late father, a successful businessman, repeatedly told me that “the greatest risk in life is to take no risk at all‚Äù. Without that advice Dickinson Gleeson would not have been established.

Red Notice by Bill Browder. The book charts the rise of Bill Browder’s Moscow-based Russian focussed hedge fund, Hermitage Capital Management, and his and its subsequent difficulties with the Russian authorities. Unintended end consequences were the death in prison of Russian tax lawyer, Sergei Magnitsky, and the subsequent enactment by the 112th United States Congress of the Magnitsky Act. The book provides interesting, if worrying, insights into Russian politics and corruption. It is a gripping read.

My favourite way of relaxing is to spend time with my wife, our two boys and our three dogs.

Dyslexia Action’s Annual Awards Dinner took place at The Dorchester Hotel in the presence of HRH The Countess of Wessex, Dyslexia Action patron.

END_OF_DOCUMENT_TOKEN_TO_BE_REPLACED

As goes January goes the year

“As goes January goes the year”, according to market folklore. If the last six weeks are a leading indicator for the year as a whole, we could be in for a bumpy ride.