The UHNW world is awash with stories of wealthy Russians inhabiting Cyprus en masse and Greeks buying up high-value London property in the UK. That’s not to mention the effects of the Arab Spring, which has caused an inflow of flight capital into destinations such as Dubai. New accounts are emerging of Chinese eager to secure residency permits from Latvia and Cyprus which would give them access to the 25 Schengen member countries, and of Russian money moving to Spain to avoid problems with Greek debt that might affect Cyprus. We asked Philip Barth, Head of Immigration at Withers LLP for his view on where the big money is moving.

Q: With the economic crisis of 2007 and its effects, we have seen waves of UHNW Greeks, then Russians, Italians and potentially next Chinese. What is your view of immigration over the last few years and the nationalities that have sought to come to the UK?
A major wave of high-net-worth Russian immigrants came to the UK from around 2000 onwards. Following the economic crisis, there have been a steady number of immigrants from European countries, but tracking the scale of immigration from Europe is more complex, as they are free to travel to the UK and so their entry is not recorded by the Home Office. More recently, there has been a continuing pattern of immigrants from the U.S. and South America and the regional upheavals in North Africa have resulted in wealthy nationals from countries such as Egypt and Libya seeking residency in the UK. Perhaps the biggest growth trend, though, is UHNW immigrants from China.
The UK is always seen as an attractive destination for UHNW migrants and their families. It has a rigorous rule of law, very low corruption, publicly accountable authorities, a stable currency and an excellent education system.

Q: What ways do foreign UHNW come into the uk? What are the rules, for instance, for the UHNW coming from the countries above?
The UK has no quotas for immigrants and does not discriminate on the basis of migrants’ origin. The immigration system is generally transparent in the way that it works ‚Äì either you qualify for entry, or you don’t.
For UHNW migrants, there are two principal ways to enter the UK: either through the Tier 1 Investor route or the Tier 1 Entrepreneur route. The Investor route is for “high-net-worth individuals who want to make a substantial financial investment in the UK. You do not need a job offer to apply in this category. We will assess your application based on your ability to invest ¬£1,000,000 in the UK.‚Äù (source: UKBA) The Entrepreneur route is “for non-European migrants who want to invest in the UK by setting up or taking over, and being actively involved in the running of, a business or businesses here.‚Äù (source: UKBA)
In short, both routes allow migrants to qualify for entry if they can bring sufficient transferrable funds to the UK. UHNW individuals can move with their families, or move their families over (usually under the Tier 1 investor route) and remain at home if they are unable to transfer their business to the UK.
On top of the benefits outlined above, the UK is a popular jurisdiction for litigation and is also noted as one of the most sympathetic venues for divorce ‚Äì particularly from the dependant partner’s point of view.

Q: What are the implications of nationalities like the Chinese getting residency in Cyprus or Lativa and then leapfrogging elsewhere into Europe or the UK to invest?
This is not correct, as the UK is not a part of the Schengen Area in Europe, which provides for common rights of residency. So, normal immigration rules would apply to individuals in the situation above. If they were to gain Latvian or Cypriot passports, then they would have freedom of movement and establishment to the UK.

Q: Are there any other trends you forsee. Many have talked about the French abandoning France?
We are advising a number of French nationals on becoming naturalised British citizens, primarily so that they can renounce their French citizenship for tax purposes.
We expect that the demand for investment visas from Asia, and particularly from Chinese nationals, will continue to grow. Many of these applicants want to secure UK residence visas as a form of insurance against political risk, and the scale of the influx can be seen in the statistics (nearly half of all investor visas in 2011 were granted to Chinese applicants and almost half of the new-build properties in London in 2012 have been acquired by buyers from Hong Kong and Singapore). Wealthy Russians and North Africans are also moving in substantial numbers, often due to political concerns.

Q: What are the general rules of immigration for a UHNW coming into the UK?
The simplest route for UHNW migrants is the Investor visa. Qualification is simple, in that it is assessed according to the amount of money the applicant can bring to the UK. The time required for settlement is also variable according to the amount of money the immigrant brings (five years for ¬£1 million, three years for ¬£5 million, two years for ¬£10 million). On top of this, Investor route migrants are not required speak English, which is often attractive to migrants in the older generation.

Q: Natives of countries like Latvia and Cyprus foresee government intervention to stop the Chinese flow at some point. Do you see foreign immigration restrictions in our UK future?
The UK government policy is to attract foreign investment and to target high-value immigrants. I think it is unlikely that the government would seek to restrict genuine UHNW immigrants.

Q: If all the Russian money is leaving Cyprus because of the worry of Greek banks going bust and it affecting Cyprus, and we see similar situations in other countries, where, do you think, will the money move to or from? Where do you see the next flow of migration going: ie UK or otherwise?
The UK is a very attractive destination, as stated above. Other key factors in this are London’s status as one of the few genuine “world‚Äù cities, its importance as an international financial centre, the UK’s attractive tax regime for resident non-doms (as opposed to the aggressive tax regime of the USA) and the UK’s position as a convenient time zone for international business.

Q: What do UHNW think about migrating to another country? Does culture matter? Lifestyle? What are the push points for the uhnw today?
This often depends on where the migrants are coming from, but a UK residence visa is a very useful insurance policy, particularly if there is political uncertainty in the migrant’s home country. As said above, the UK is considered a safe and attractive destination. There are clear-cut rules and if you follow them there is transparency and certainty about acquiring permanent residence status, which is the gateway to the ultimate prize for many: a British passport. Among the benefits a British passport confers is visa-free travel to most destinations and the ability to live and work throughout the EU. 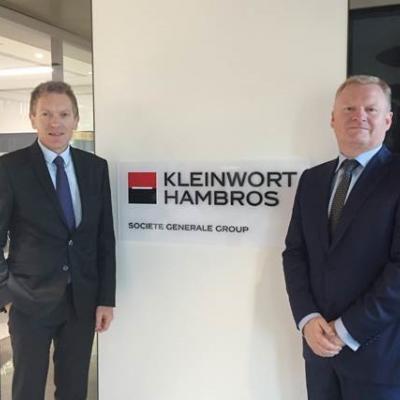 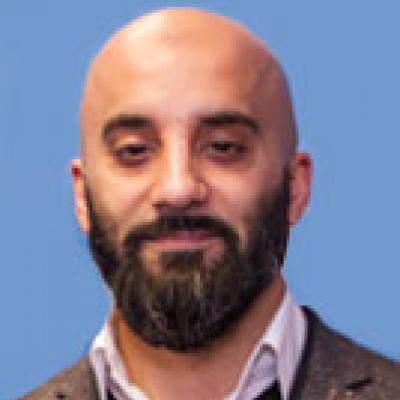 Muslims give most money during Ramadan

Tufail Hussain, deputy director of Islamic Relief UK, says that some Muslim charities in the UK are attracting donors from the corporate world as UK businesses increasingly understand the importance of whole-scale diversity. END_OF_DOCUMENT_TOKEN_TO_BE_REPLACED