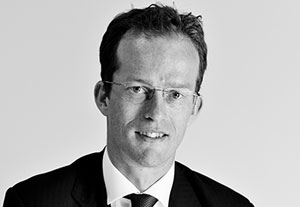 What trends do you see in trustee litigation industry?

There is an increasing amount of litigation generated by inter-generational tension.  Younger generations are often more commercially driven and focused than older generations.  They typically have higher expectations of trustees and want to get more involved in the running of family businesses.  As a result, they want to hold their trustees more accountable.  This can cause tension between family members and trustees.

There have been an increasing number of cases involving the removal of trustees. One well-publicised case was the Earl of Cardigan case, in which the Earl lost his battle to stop the trustees selling off valuable parts of the Savernake estate in Wiltshire.  Another example was the Jimmy Savile case, in which an unsuccessful attempt was made to remove the executors of Jimmy Savile’s estate.

There have also been a number of cases involving challenges to the fees charged by trustees.

No doubt partly driven by the increase of litigation, trustees are also increasingly frequently applying to court to have their decisions approved by a judge. This prevents later challenges to their decisions.

Are there any issues around investments?

Following the market crash in 2008, there was an expectation that there would be a surge in cases against trustees in relation to the investment they had made.  However, this expectation didn’t materialise.

One reason for this may be that such claims are difficult:  it is not simply a case of showing that the trustee opted for a poor investment; you have to be able to demonstrate that the trustees invested in something that no reasonable trustee would have invested in.  Moreover, most professional trustees engage an investment advisor to make sure they receive good advice.

Is mediation on the rise in trustee litigation?

The use of mediation in trust litigation is on the rise, but there is still room for further growth in this area.  One of the reasons that it is not used as frequently as it might be may is that there are often numerous parties involved in trust disputes, so it can be difficult to reach a resolution that suits everyone.

Another difficulty is that trusts, unlike, for instance, contracts, are subject to the supervisory jurisdiction of the court and it is therefore often necessary to have the court involved.