Wills and succession: Preparing the umbrella before it rains

The coronavirus pandemic and subsequent worldwide lockdown brought wills and estate planning to the fore, not so much a rainy day but a coronavirus tsunami. Lawyers and advisors received calls around the clock from wealthy clients, prompted by the fear of serious illness and possible death: all wanting to ensure their wills were up-to-date, powers of attorney in place, and estates in good order in case the worst happened. Yet the challenges of social distancing, shielding and staying at home “exposed some interesting deficiencies in existing estate planning protocols” explained Katten’s private wealth national chair Joshua Rubenstein. As a result, some advisors and legislators sprung into action to find workarounds.

But, as we slowly edge out of lockdown, and fear subsides, Citywealth’s April French Furnell asked advisors about this global theme, during, now and in future. 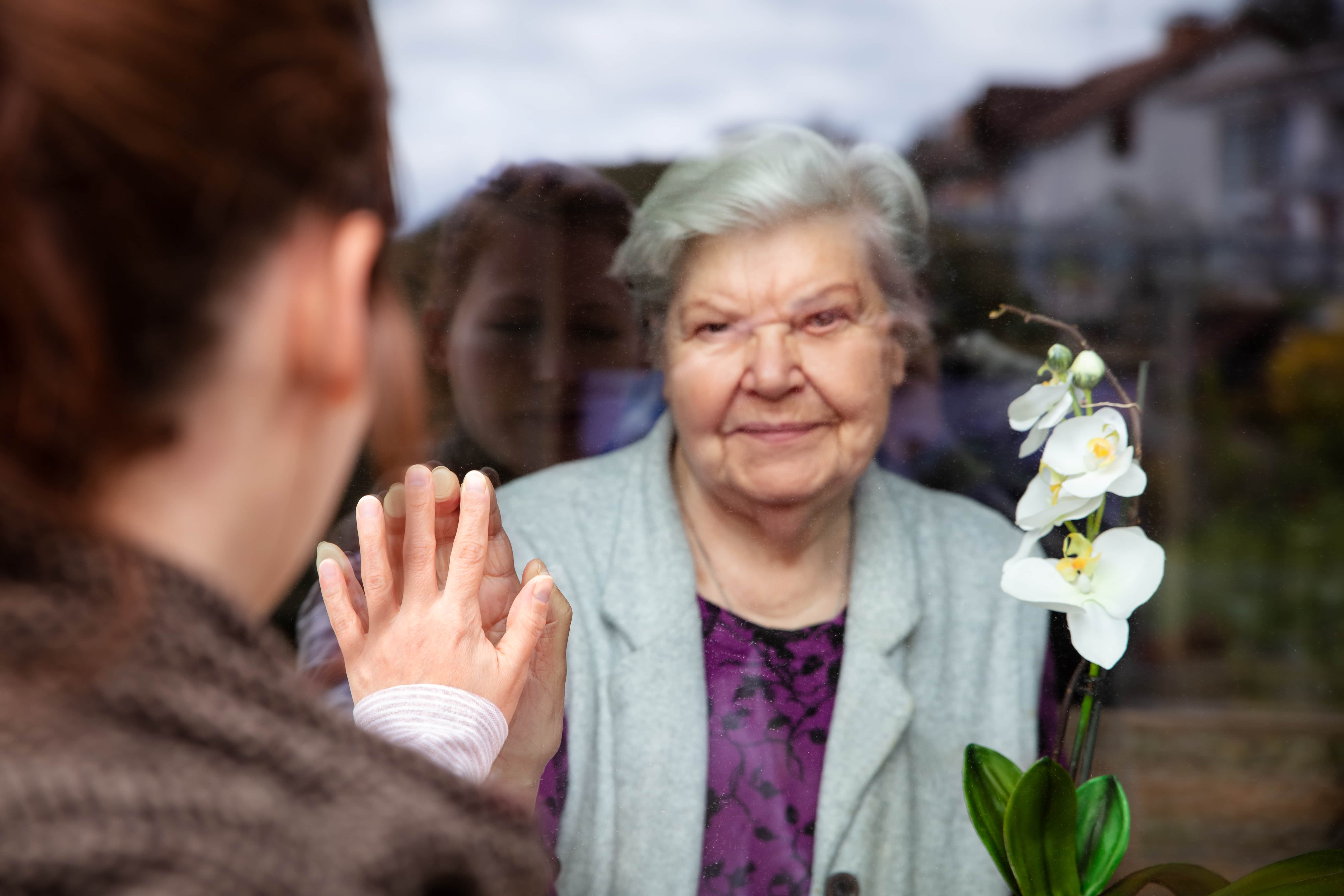 One of the more foreseeable issues was the inability to notarize or witness documents remotely, as both require ‘physical’ presence, explained Joshua. “There had already been legislative change, particularly in the U.S. to authorize digital wills and I suspect a year from now such legislation will be more prevalent, as will procedures for remote witnessing and notarization in general. And presumably in the future, drafters of documents will eliminate requirements such as giving notice by ‘personal delivery’”. He highlights New York, where they enacted emergency remote notarization and will witnessing, and California which enacted only remote notarization. Florida on the other hand enacted neither; it already permits digital wills.

In the Channel Islands, the pandemic saw digital products introduced to assist clients with preparing wills. In Jersey, the government introduced emergency legislation to temporarily relax the formal requirements for two witnesses to be physically present when a will is signed. In the legislation, witnessing can be completed by audio-video communication, to enable execution of a will without breaching social distancing rules. The rules cover wills made in this way until September 30, 2020.

Conversely in the UK despite the calls for such measures, the law was not developed. “Unlike other countries, in the UK there was a fair amount of resistance”, explained Michael Rutili, a senior associate at Withers. “Even in times of crisis, there is a requirement to find a balance between unprecedented situations with the need for certainty”. It seems unlikely given the hesitance that the law will be changed any time soon.

As a work-around, “client instructions were taken over the telephone or video conferencing where possible and there were cases of wills being passed through windows with witnesses watching at a safe distance and wearing marigolds – put simply, they had to do the best they could”, said Julia Cox, a partner at Charles Russell Speechlys specializing in tax and trusts.

Alistair Spencer, an associate at Lime Solicitors added, “Hopefully there will be a test case on this to clarify whether witnesses can be virtually present.  If there is such a case and the court decide virtual presence is sufficient for a valid will, then we could well see the rapid digitisation of the will making industry.  This is likely to make it far easier for individuals to make wills with the upshot being a significant increase in the % of the population with wills”.

Next gen games up

As a result, a year on, Julia expects clients to be far more prepared to tackle their wills and not put off difficult conversations. The excuse of ‘a possible warning of an illness or deteriorating health’ will have fallen away to real life, global awareness.

This includes younger clients, as Michael explains, “Clients have been taking an interest in their wills and powers of attorney at a younger age than they would have done previously. They are asking many more questions than before including how to provide for their children and guardianship”.

Stuart McLuckie, managing director at Zedra, who specializes in trust and structuring services agrees: “The current situation has really focused people’s minds to think about what will happen with their assets and how will their family be protected should something happen to them.  We have seen a large rise in clients looking to amend their Will, put a Will in place, have a Lasting Power of Attorney prepared in case they fall sick and look to do more complicated planning like transferring shares of their businesses into trust”.

“Given over 50% of adults in the UK still haven’t got something as simple as a Will this focus is to be welcomed by financial advisors”, he added.

Furthermore, clients are seeing the next generation more in need than ever before. From furlough to redundancies, businesses are suffering – our clients are considering ways to help their children through advancing their inheritance now, and then reviewing their wider succession plan to factor in these earlier gifts”, said Julia.

Lawyers are in agreement that one year from now, they will see a spike in will disputes.

Julia explains, “We anticipate seeing disputes around the ways in which wills were executed during this time and questions as to their validity. In their defence, people did the best they could and hopefully gave clear instructions to their solicitors with detailed notes of conversations but we don’t expect this to stop people trying to use the situation to their advantage”.

Wills could also be challenged on the grounds of mental capacity, said Michael. “There will have been some borderline cases where because of lockdown, it was impossible to get a doctor to certify capacity. In usual circumstances, if there is any doubt, a doctor’s certification would be obtained and evidence relating to the testator’s capacity would be kept on record, yet with no evidence there is room for debate”.

He added, “We might also see circumstances where wills have been changed and children left out. If there was no solicitor involvement or contemporaneous evidence on the decision making process, it’s going to be easier to raise a claim of undue influence opening the will up to potential challenges”.

The same argument could be brought against wills signed digitally in other jurisdictions. If you were to witness someone signing a will on camera, you do not know who is behind the camera and there is a risk of undue influence and duress, said Michael.

Not only will there be an uptick in litigation, but there will also be a backlog in the courts due to the closures in most countries. Joshua explains, “On the planning end, it was impossible to go to court for routine matters such as varying a will and trust, and on the litigation end, it became impossible to resolve disputes for a protracted period of time (years, if you include the lengthy backlogs confronting courts as they reopen).” Moving forward, he suspects it will become more commonplace to draft to cover these situations. For example, so that a trustee or committee will have the power to vary without the need to go to court (either in all instances or at least in emergency situations). Furthermore, to resolve matters, to provide for expedited alternative dispute resolution if someone declares that there is an emergency where the courts are unavailable.”

It seems almost inevitable that taxes will rise. “Some of the taxes relevant to estate planning are going to change making things more expensive. Even before the pandemic, there were recommendations for the reform of UK inheritance tax. We expect clients to consider passing on business assets pre-death and to look to give away assets sooner rather than later”, said Julia.

Joshua expects a similar situation in the US, “Given the trillions of dollars of debt countries are incurring in order to keep their residents afloat while they are sequestered and/or out of work, I think it is safe to assume that taxes will be going up.  How to minimize the impact of that likelihood will keep planners busy for at least the next several years”.

“There will probably be a preference to return to physical execution and witnessing, which is harder to challenge in litigation, but having the options will be important”, said Joshua.

Julia is in agreement that face to face meetings will remain important, and not just among the older generations. “People enjoy the energy and dialogue from in-person meetings, I believe clients will appreciate it even more”.

However, as online services get more creative and the technology is improved, “I think most people will use a mixture of the two so maybe have a face-to-face in person now and again but have a video catch up much more frequently”, concludes Stuart.

Whatever the outcome Covid-19, created a global phenomenon of fear that took wills from a topic that suffered from inertia to a key priority.  As the panic subsides, the outlook remains bleak, so perhaps, whatever your thoughts on wills it is better to prepare now, than wait for the next storm.

If you are looking for an advisor, visit the Leaders List to view the profiles of recommended individuals and read reviews left by peers and clients. You can also leave a review for the individuals mentioned in this article by following the link on their name.