UK Property: still a land of milk and honey

Looking to pick up a multi-million-pound bargain in London? Well 2020 could be the year you land on your feet. With many international buyers unwilling or unable to travel at present, UHNWs based in the UK are snapping up London deals post-lockdown, but there is also a different story in the country, as people look for safe harbour, which is causing country house prices to rise.

Citywealth’s April French Furnell spoke to experts in the property market to get their thoughts. 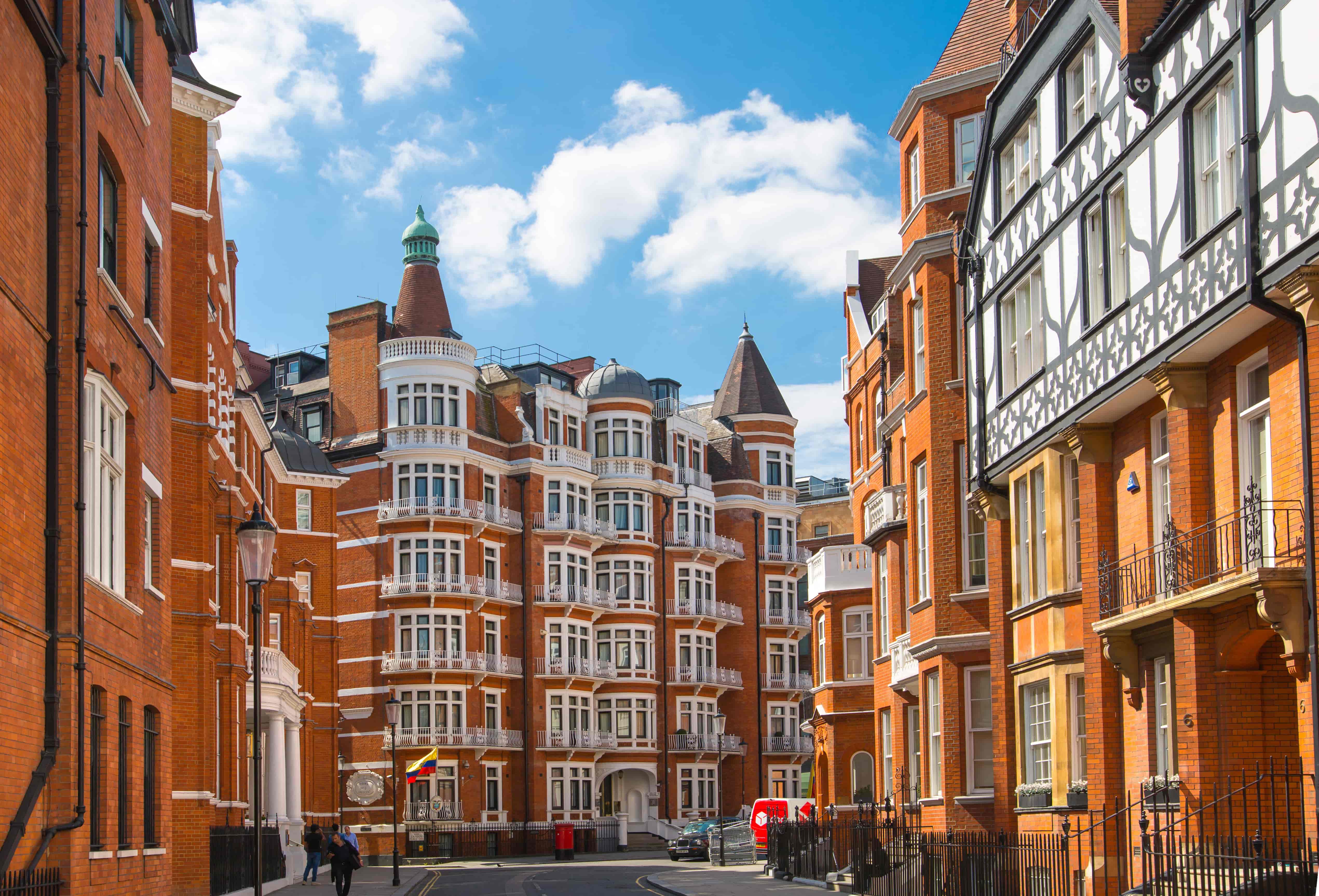 When the property market reopened in the UK in July, there was a resurgence of activity from pent up demand as house moves had been halted. In addition, two months at home left many buyers with the desire to lead a different lifestyle, whether that be a country pad, or a London home with access to a garden square. Working from home had also become a necessity and opened people’s eyes to a change in routine.

As a result of this, Jonathan Bramwell, partner and Head of The Buying Solution said business has been busy in the country. “Anyone wealthy without a country base was keen to secure one. In the areas one and a half to two hours outside of London, there have been many buyers chasing property. The Cotswolds have been especially busy, particularly the hotspots of Burford, Stow on the Wold, Chipping Norton and Woodstock. We’re seeing particular interest in being nearby to Daylesford Organic and Soho Farmhouse. With all this interest, prices have escalated, and owners are often having multiple buyers interested”.

Outside of the Cotswolds, other hot spots are the Chilterns, Marlborough, Winchester, the South Downs and Surrey Hills. An important factor is the broadband speed, which is faster in some of these areas than London so running a business from home is viable.

Despite the heightened interest in country properties, London has remained busy, said Bramwell. “I thought the London team might be quiet but they’ve also been very busy. People are still rethinking how they want to live, and that’s leading to more interest in garden squares in Notting Hill and Kensington”.

James Liffen, a Partner and Head of Mishcon de Reya’s residential property team has also observed this trend in London, “As lockdown eased, there was a huge interest in spaces with an outside area, particularly Notting Hill. We’re seeing many transactions go ahead now where the parties are undeterred by COVID-19”.

It’s a similar workload for Edward Allan, a senior associate specialising in residential property work at law firm Boodle Hatfield, “the majority of my work is still London. Some clients are buying in the country but these tend to be additional homes not replacing their London properties. UHNWs are still committed to London long-term. It’s always difficult to say what is a trend or not, but we’re definitely seeing a flurry of activity for classic Kensington and Chelsea properties which would signal a trend towards a safe and stable purchase”.

While prices outside of London have been on the rise, in London there has been an opportunity to pick up a (relative) bargain because overseas buyers have temporarily left the market.

“There has been a drop off in international interest, but it’s simply because they haven’t been able to travel here to see property. There is still long-term confidence in London”, says Liffen.

Bramwell is in agreement: “We have a list of international clients who would be buying in London right now but who can’t get here to physically see the properties. Some clients have been happy to go ahead with online viewing, facetime videos and our agents securing the property on their behalf, but others want to see it in person”.

“It is creating opportunity”, Liffen said. “Over the last 10 years, most big deals were overseas buyers and this year has seen a slight reversal of that trend”. As a result, Liffen reports that he is seeing more activity in the £2million to £5million bracket, rather than the ultra-segment. For some buyers in the market, it has proven a great opportunity to snap up a deal. Liffen remarks that he has seen transactions where UK buyers have acquired properties ranging from £15 to £16million, that normally would have been taken off the market by an international buyer offering £1million above the market rate to secure it. “But, when we say UK buyers, it’s important to note they are still international. No one at this level is truly rooted in one place. They just happen to be here rather than in let’s say, Dubai or Russia”, Liffen explained.

However, Sophie Rogerson at RFR cautions that you won’t find a bargain on all London property. “It all comes down to quality. Best in class property is holding its value. It’s where there are compromises such as a smaller garden or a busy road, that there is more room to negotiate. This might change next year, but for now we are seeing very few distressed sales in the market. It’s the same for the super prime new build market; these developers have deep pockets and are holding firm on their pricing”.

Will overseas buyers return? Ben Gurluk, a partner at Hunters law firm specialising in high value residential property deals, notes that there are two factors which would suggest they’ll return sooner rather than later.

Firstly, overseas buyers can benefit from favourable exchange rates (especially if they are buying in US dollars) and a softening of prices. Secondly, overseas buyers may act now in order to avoid the 2% surcharge on the acquisition of residential properties by non-resident buyers which takes effect from 1 April 2021. Take for example, the purchase of a second home by a non-resident for more than £1.5million. The SDLT would be 12 per cent plus 3 per cent for an additional home and 2 per cent for the non-resident surcharge – meaning that the top end SDLT rate could be as high as 17 per cent.

Liffen commented: “We expect a December/January pick-up ahead of the deadline, as this has previously been the case before rises in stamp duty, as overseas buyers are prompted to take the plunge before the new tax kicks in. If they hope to get a deal, it needs to be before then.” Allan agreed: “The additional surcharge makes a big difference at the top end of the market, and property transactions can take a long time so it’s starting to drive activity now”.

However, no one expects a big drop-off in activity post the deadline. “With its status as a global financial capital, education system, sound legal system, land registry offering safe and secure title, and being able to live so close to a city centre with such varied cultural and leisure activities, there are many reasons for international buyers to still choose London and its surrounding areas”, said Gurluk.

Despite the activity in the market, deals are taking longer. “From due diligence to the money laundering side of things, it’s very strict. During lockdown signing documents proved difficult, while there were changes to the witnessing of Transfer deeds and what was acceptable during lockdown, many of the banks didn’t accept an e-mail attaching the form required to drawdown funds. The funds are usually requested by fax which with everyone working from home proved to be an unexpected difficulty”, said Gurluk.

“On top of this, documents often need couriering from one country to another, the postal system has been under pressure which has caused delays. Furthermore, the banks have tightened up their lending criteria and pulled various products. What would have been a simple arrangement in the past, now has numerous layers of due diligence to satisfy including very strict AML requirements. Cheap borrowing is attractive, but if there are delays, buyers may have to use funds from elsewhere. Therefore, it is important for overseas investors to ensure that they take the relevant tax advice when purchasing a property”, Gurluk concluded.

Where do you invest during a global pandemic? Bricks and mortar are seen as a safe haven, but within UHNWs’ property portfolios, buy-to-let profit margins have encountered a financial hit. “Landlords might not be getting their typical rents for London properties at the moment”, said Corey Cummins, the CEO of Herddle, a lettings and property management business which partners with many family offices to assist with their portfolios of units. The company launched in January 2020 with a tech-focused solution and now has 1000 units under management. “Family offices are looking at their whole portfolio, but they need to also look at cases one by one in the present market. They are trying to take a more tenant-led approach – we can do that for them”, added Cummins. He added, “we are working with our clients to be more flexible and understanding. Our belief is that it is better to have an occupied property than not. So some landlords are discounting rents and others are setting payment plans with their tenants. We’re urging landlords to be more empathetic with their tenants”. Long-term, Cummins believes London will remain an attractive spot and the buy-to-let market will still be a sensible investment.

Despite the decision variables and flight to safety mindset, UK property still looks to be a land of milk and honey, just a question of not spending too much time dithering in cloud cuckoo land.

If you are looking for a UK-based high-end property lawyer, then visit Citywealth’s Leaders List, a user-rating site with recommended advisers for the UHNW.