Trump’s tax platform is not well defined, should he win 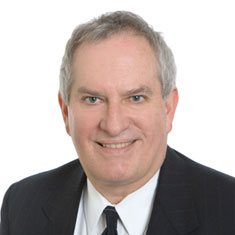 James Brockway, partner and Joint Wealth Planning Practice Group leader at Withers, says that even if Hillary Clinton is elected US President, her efforts to tax the rich would be buffered by Republican Congress.

Risks will likely be buffered by the members of Congress. With a Republican Senate and House we currently have, significant changes that have been suggested by either Hillary Clinton or Donald Trump will probably not happen. The three most important tax issues are increased taxes on high net worth individuals, decreased taxes and flattening of the tax base for corporations and the continuation of Obamacare.

If Clinton is elected, her proposals to increase high net worth individual tax rates aren’t likely to happen. She may not want to cancel Obamacare but I expect corporation tax reform will occur.

If Trump is elected, he will probably repeal Obamacare but he won’t want to act on individual tax reform, although corporation tax reform may still take place. It’s hard to predict what would happen if he wins as Trump’s tax platform is not well defined.

Sustained low oil prices should be ultimately good for the US economy although it will be a bumpy road to get there as the US oil and gas sector comprises a significant part of the US economy. The depressed state of this industry has affected US growth. Low oil prices will depress continued growth in US produced hydrocarbons and reduced investment in US master limited partnerships.  However, I believe that eventually the energy savings to US individuals and businesses will increase consumer spending and business profitability.

Brexit should not have a meaningful impact on the US market. The only likely effect is that the US dollar will become stronger both against the Euro and the Pound. Brexit will have an impact on US markets if it leads to fragmentation of the European Union.

Other important issues primarily relate to the continued search for investment yield. Low interest rates affect investors and particularly retired persons in relation to portfolio selection. US defined benefit pension plans, and particularly governmental plans, are underfunded and cannot cover this underfunding without either large tax increases or benefit cutbacks. Negative interest rates in Europe are not well understood in the US.

High individual Federal and state tax rates for individuals directly affect investment decision-making.  High corporate tax rates and worldwide taxation have continued the shift for US multi-nationals to trap income offshore. The trillions in offshore profits cannot effectively be brought back into the US with the current US corporate tax system.