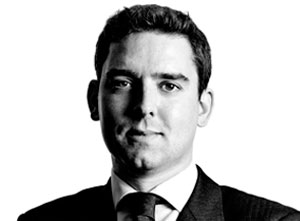 Giles Hannah, senior vice president at Christie’s International Real Estate, also says that the property portfolio of an UHNWI includes at least three homes, each worth over £10m.

Buyers are an international mix. However, we are seeing the largest buyers coming out of Asia, from mainland China and also from the Middle East, particularly Qatar and Saudi Arabia.

Do Asian UHNWs still invest mainly in trophy properties in large cities or are they looking elsewhere?

We have seen an increase in Asian investors, specifically from Singapore and Japan, purchasing waterside properties in areas such as Sydney and the South of France. Chinese buyers have also been investing in Bordeaux vineyards.

What kind of properties do UHNW clients buy?

The property portfolio of an UHNWI tends to include at least three homes, each worth over £10m. Ultra-wealthy buyers want a mix of homes, including a city property where they can educate their children, such as a London townhouse; a leisure home such as a ski chalet in St Moritz; and then another property in a financial centre like New York or Hong Kong, for work.

What regions do you see becoming future investment hotspots for UHNWIs?

Leisure destinations such as Sardinia are becoming increasingly popular with UHNWIs and we have also seen wealthy South Americans buying in Los Angeles and New York. Additionally, smart money is investing in areas such as St James’s, London, which offers the convenient city lifestyle yet trades at ten to fifteen per cent lower than Mayfair, presenting growth potential.

What trends do you see in the real estate market?

The main market between £1-£10m remains strong, fuelled in part by international interest from European and Middle Eastern buyers, as well as an uptick in interest from African and US buyers. These buyers tend to purchase apartments, which are easier to manage, preferring those which offer lateral living and provide ample space to entertain guests.

In Central London prices are rising due to lack of supply and an ever-growing population. Although there is new stock being developed in Mayfair, Chelsea and Battersea, none of this will be ready for occupation for a couple more years.