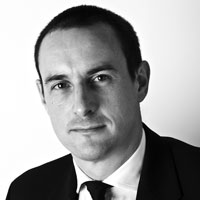 Phil Cable, CEO of MAST, the international maritime security company, says that with an increasing number of people smugglers in the Mediterranean, Nato has deployed vessels to to disrupt criminal activity.

Tell us about safety of the luxury yachts.

In 2015 there were 386 counts of maritime crime including hijacking, approaches, pirate attacks and suspect activity. Eleven of these attacks targeted private yachts. Typically, they include boarding, then robbery of cash, private possessions as well as assault and some cases have resulted in deaths. However, we know that under-reporting is endemic, so the actual situation could be worse than figures suggest.

Has the refugee crisis had an effect on the yachting industry?

The refugee crisis has had an effect on the maritime sector but Nato has now deployed vessels to the Mediterranean to disrupt criminal activity.  Although most crew will be warned about problems it is not generally known that ships and yachts are obliged by international law to rescue people at sea providing they can do so without creating serious danger to the ship, the crew or the passengers.

What security systems and devices do yacht manufacturers put in place to enhance safety?