The Northern Powerhouse sees wealth work on the up 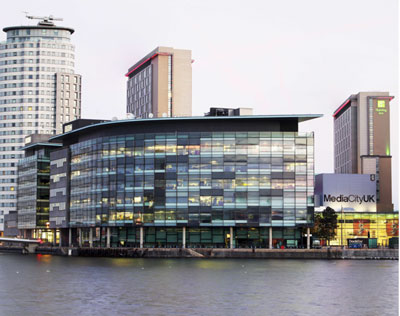 At the start of 2015, Prime Minister David Cameron and Chancellor George Osborne spoke to business leaders in Manchester to unveil six key economic pledges to boost the North West during the new parliament. Promising to put Manchester at the heart of a ‘Northern Powerhouse’, the politicians committed to creating 100,000 new jobs, investing in transport, homes and schools, and devolving more power to make residents better off.

Wealth creation is starting to gather pace in the region now that the economic crisis of the last few years appears to be dissipating. Manchester is now the most popular place for foreign direct investment outside London, according to the New Economy think tank, and is one of only three large cities, along with Leeds and London, that has a higher share of private sector jobs than the UK average, according to The Centre for Cities, another think tank.

The relocation of the BBC to Manchester’s new mixed-use property development site at MediaCity has lent a significant boon to the media industry across the North West. Michelle Duncalf, a private banker with Arbuthnot Latham & Co in the region, says: “The North West is incredibly vibrant, and we are very fortunate in having great universities and Media City here driving innovation. From my interaction with corporate finance practitioners, their M&A pipeline is in rude health, which translates into wealth creation for many of our North West entrepreneurs.”

The region is awash with new money, according to Rebecca Durrant, a private client tax partner with accounting firm Crowe Clark Whitehill in Manchester. She says: “Many of the clients and people we deal with are worried….To read the full article, please subscribe to our e-magazine.