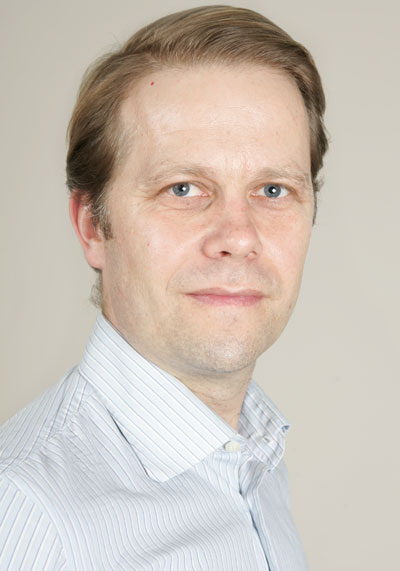 What interesting sales have you seen in the art market recently?

The art market continues to break new grounds, with New York auctions last month generating $2.6 billion in sales over 10 days.  The Pablo Picasso oil painting, “The Women of Algiers (Version o),” sold for a new world auction record of $179.4 million after fierce bidding from four to five prospective buyers at Christie’s. This was followed soon after by a bronze statue by Swiss artist Alberto Giacometti, “Man Pointing”, which set a new record for the most expensive sculpture sold at auction, fetching $141.3 million.

The Post-War and Contemporary art market remains the biggest and most important auction category, accounting for more than 45% of Sotheby’s and Christie’s auction turnover. 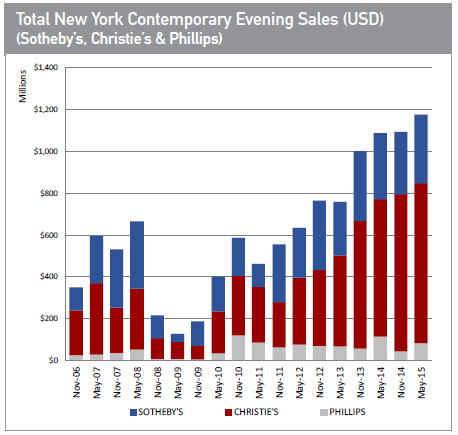 Does rivalry force auction houses to take on more risks?

With the collapse of the art market in November 2008 (see graph), the auction houses largely withdrew from the practice of providing their own financial guarantees (to guarantee sellers that a reserve will be met), passing on the risk to third parties willing to assume the responsibility of a guarantor. However, as the rivalry between Sotheby’s and Christie’s (and to a lesser extent Phillips) has intensified in the last two years, the top three auction houses are setting aside more capital to provide financial guarantees themselves. According to Sotheby’s latest annual report, their cap for what they define as “net outstanding auction guarantees,” which means the value of the guarantees after deducting the impact of related risk-and reward-sharing arrangements, such as third-party guarantees went up from $300 million last year to $600 million this year. This gave Sotheby’s greater firepower in their battle for market share with Christie’s.

Who are the big art buyers? Where do they come from?

The latest round of auction in New York shows that there is a global buyer base of both US and European collectors, and an increasing contingent of Asian and Middle-Eastern collectors involved in the market.  The top-end of the market is largely fuelled by the growing number of ultra-wealth individuals and families, looking to diversify their wealth, and where art and collectibles have become one of these alternative assets. As the market for many individual artists are by definition small and limited or no new supply of art works, a large influx of wealth into these markets tends to have a disproportionate impact on prices and demand.