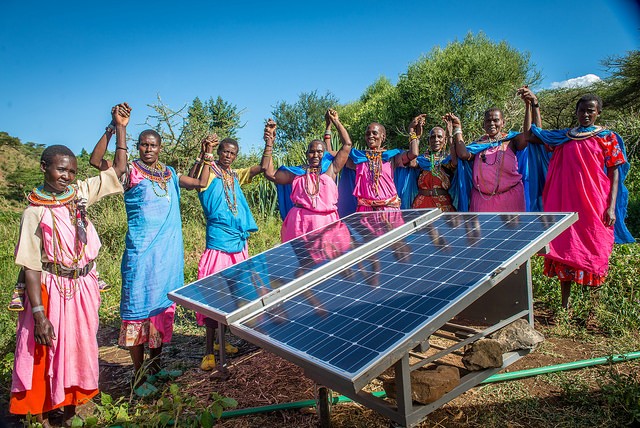 Impact investing is on the rise, according to Cliff Prior, CEO of Big Society Capital which is an organisation set up in 2012 to help grow the social investment market in the UK.  Impact investing offers diverse choices for investors in terms of risk, financial and impact returns, and the pace of growth is rapid. “The biggest investment themes are sustainability and ageing populations to name but two,” says Prior.

Big Society Capital estimated, in 2016, that the overall size of the social investing market in the UK is worth £1,950 million which was a thirty percent increase from 2015. The UK National Advisory Board published a document in October 2017 which confirmed the sector is growing fast. They say there is £150bn in committed capital which includes large investments into renewable energy sources and social housing.

And the UK is not the only country where the impact investment sector is attracting capital. An international survey of 209 impact investors by Global Impact Investing Network (GIIN) who are a non-profit organisation, found that their respondents collectively manage USD 114 billion of assets, and have invested USD 22 billion into nearly 8,000 deals in 2016.

Impact investing can be a game changer in the renewables sector and environmental projects, according to Iain Hunter, CEO of iDE Global, an international organisation that promotes impact investing in social enterprises that help poor, rural areas. “Natural resources are limited and the global labour force is shifting,” says Hunter. He forecasts that businesses that invest in renewables will be future-proofing themselves as resources become scarcer. “Also, many multinationals are increasingly attuned to the Sustainable Development Goals (SDGs) launched by the United Nations in 2016.”

Farm equipment with solar not diesel

One example of impact investment in renewables is a solar drip irrigation pump developed by Futurepump who now manufacture and sell solar-powered drip irrigation pumps to small holder farmers in sub-Saharan Africa. “While the pump is about twice the cost of a diesel pump,” explains Hunter, “after two years, the solar pump saves the farmer more money by not having to invest in diesel to run the pump. This is cheaper for the farmer in the long run as well as better for the environment.”

iDE has also invested concessionary capital, which is where financial gains are sacrificed in return for social benefits, and non-concessionary capital in the development of Hydrologic, a water filter factory. Hydrologic has sold over 500,000 clean water filters in Cambodia and the product also saves 145,000 tons of CO2 from being released into the atmosphere each year, which is equivalent to taking 59,000 cars off the road.

Why private companies should get on it

In January, Larry Fink, chief executive of BlackRock, and the world’s biggest institutional investor with USD 6.3 trillion under management, told companies the “time had come for a new model of shareholder engagement”.

“To prosper over time, every company must not only deliver financial performance but also show how it makes a positive contribution to society,” Fink wrote to large companies predominantly in the US, UK, France and Germany.

Iain Hunter says private companies can use business metrics to frame corporate social responsibility investments, focusing on sectors which align with their business. “Putting greater capital investment into socially minded and motivated businesses and charities helps to create greater impact in the world,” he says. He also advises socially-minded investors to demand more from the companies seeking their investment by asking them to report on the social impact to which they are contributing and how the corporation’s business is supporting or harming progress toward Sustainable Development Goals (SDGs). SDGs are a universal call to action to end poverty and protect the planet.

Cliff Prior confirms that an increasing number of companies are experimenting with early stage finance using corporate social venturing, like for example, Centrica’s Ignite programme which include investments into projects like tech start-up Grid Edge who are launching software to forecast a buildings energy requirement. There is also Wates’ long-term commitment to invest in social enterprises which includes a £100,000 investment into the Northern Home Counties. “The benefits of social impact investing is potentially huge. From an investor and asset manager point of view, it seems to be strongly non-correlated to traditional investment and many people in the investment sector believe it is a vital part of rebuilding trust after the credit crunch. Some would say its providing a futureproof licence to operate. If finance can’t improve people’s life and the planet, what is it here for?”