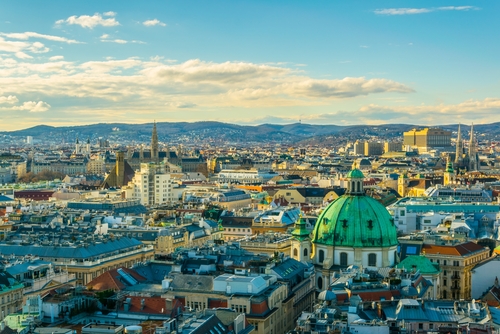 The Austrian economy thrives on the strength of its SMEs, according to Meinhard Platzer, Co-CEO of the Austrian business of LGT Bank, the largest family-owned private banking group in Europe. He says: “Austria is a wealthy country, characterised by small and medium-sized family enterprises. There are very few large-scale companies and multinationals, like there are in Switzerland, but there is a lot of wealth being generated by strong businesses, particularly in engineering and manufacturing.”

Two of the best-known brands to originate from Austria are Red Bull, the energy drink company, and OMV Group, the global oil and gas business. But the economy, and the private wealth industry, continues to prosper on the back of wealth creation in the mid-market.

Platzer says: “After several years in the doldrums following the crisis of 2008, when Austria was quite badly hit, the last year or so has seen quite good growth and we expect that to continue. We are seeing the creation of new wealth, with people selling companies and illiquid assets becoming liquid, which means it’s a good time for our business.”

As well as owner-managers selling out, there is also a generational shift occurring in many businesses that requires the support of specialist advisers. In 1993, Austria introduced private foundations into law which, unlike in most European countries, do not need to pursue a public purpose. There are now about 3,200 private foundations in the country after the majority of wealthy Austrians transferred their businesses into foundations over the last 20 years.

Niklas Schmidt, a partner and head of the tax team at law firm Wolf Theiss, says: “Foundations now control most of Austria’s medium-sized businesses, and what is interesting is that since 1993, many of the founders who set those up have deceased, so there is a next generation taking over and we are seeing more litigation going on. These foundations have boards of directors and growing numbers of beneficiaries, so there are often competing interests.”

The Austrian private foundation is also gaining in popularity as an onshore alternative to foundations and trusts available in places like Liechtenstein and the Channel Islands.

Dr Paul Doralt is a partner with the law firm Dorda and focuses on private client work. He says, “We see a growing number of international private clients, that is wealthy individuals and their families, choosing Austria as a place of residence. There are people moving to Austria from Russia and from the Middle East, because it is attractive, with a high standard of living, without being as expensive as Switzerland. The private wealth industry is really growing again in Austria.”

The Russian market was a huge source of business for Austria’s private banks historically, but the combination of EU sanctions following the crisis in Ukraine and Russia’s own de-offshorisation policy has slowed that work. Schmidt says: “We are still doing work for Russian clients, often purchasing and selling real estate or seeking citizenship. That work has shifted away from tax planning into other areas.”

Instead, Austria continues to attract assets from international families looking to diversify their holdings in a stable European jurisdiction, and keen on the private foundation structure. The banking sector is also highly developed: “We have all the large Swiss private banks represented here,” says Platzer, “but the talent pool of bankers in this market is not really deep. The knowledge base in this market has grown significantly in the last 10 to 15 years, which is another reason why the Austrian private wealth industry is doing well.”