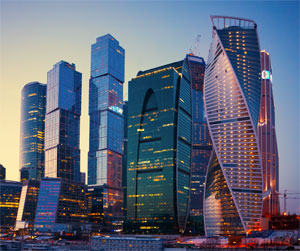 When it comes to wealth management in Russia, a huge proportion of the work going on for ultra-high net worth individuals is focused not so much in Russia, but on transferring assets outside of the jurisdiction.

Whether moving wealth to London, Switzerland or Singapore, or seeking residency in the United Kingdom, Malta, Cyprus or elsewhere, many of Russia’s richest people spend a lot of time looking for opportunities outside their home country.
Moving money overseas is not a new phenomenon, and nor has it gone unnoticed by the Kremlin. A year ago, the government passed its so-called de-offshorisation legislation, aimed at flushing Russian companies and UHNWIs out of foreign jurisdictions and tightening reporting requirements such that offshore income becomes subject to Russian taxation.

It is a revenue-raising mission that comes at a tough time for the Russian state, with Western sanctions starting to bite following hostilities over Ukraine, more recent political tensions with the West over Syria, falling oil prices and a plummeting currency.

Evgenia Martin, a senior Russian tax specialist at the law firm Withers who is focused on advising wealthy Russians, says the country’s UHNWIs are reacting in one of three ways to the clampdown: some are reorganising their affairs to become compliant, some are doing nothing, and “others are saying ‘it’s becoming so difficult to operate in Russia. We don’t want to disclose, we don’t want to be open.’ So they are looking for a way to become a non-Russian resident or to change their wealth structures, so that either someone else becomes the main holder of their wealth, or they leave Russia, and the people staying in Russia are no longer…To read the full article, please subscribe to our e-magazine.