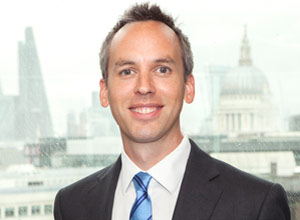 Does the plummeting pound, cause concern amongst your divorcing clients?

Whilst some clients will be concerned by the devaluation of their UK-based assets, those with significant property and business interests abroad may actually have benefited from the recent fluctuations in the exchange rates.  The reality is that the full impact of the UK’s decision to leave the EU will not be known for some time and there will be further economic bumps in the road. Depending on one’s status in the divorce, the impact of Brexit on sterling could work for or against you in terms of the financial settlement.

What consequences will Brexit have on children in divorce?

So far as litigation in relation to children is concerned, little may change post-Brexit. The provisions of the Brussels IIA Regulation are relatively similar to those of the 1996 Hague Convention, to which the European Union is a signatory on behalf of the member states and which the UK is likely to apply in its domestic law after Brexit. The UK’s residual jurisdiction to hear children cases based on a child’s presence, or in very limited cases his or her British nationality, may be clarified by the Parliament. However I expect the consequences of Brexit to be limited as far as the law relating to children is concerned.

The country in which a divorce takes place can make an enormous difference to the financial outcome of the case.  The courts of England and Wales are considered to be far more generous to the financially weaker party in a marriage than most other European jurisdictions. The Brussels IIA Regulation governs which EU member state may hear a divorce. Put simply, whoever starts the divorce first, wins; no arguments, no exceptions.  Post-Brexit, we would no longer be bound by the “first in time” provision of Brussels IIA unless similar legislation is enacted.  Many within the profession will see that as a good thing, since it creates a race to court and discourages negotiation and settlement. Instead, our courts would be able to achieve fairer outcomes by deciding the country with which a case has the closest connection and is best placed for trying it.

Are prenups and postnups going to change?

Currently Brexit is not a big factor in the way marital agreements are drafted. It is common for us to draft prenups and postnups covering off multiple jurisdictions around the world in addition to European jurisdictions and so Brexit may just mean that another jurisdiction has to be covered off.

Tell us about some your international divorce cases affected by Brexit.

It is still early days and the full significance of Brexit is still to play out. Early consequences for our international clients tend to be the around the wider economic impact that Brexit has had, particularly the exchange rate uncertainty and the impact this has had on the wealth of individuals holding sterling or non-sterling assets. Valuations of property, corporate and pension interests are also being affected, with it proving difficult for valuers to provide accurate valuations in this volatile climate.  London has traditionally been a magnet for international families. This is likely to continue with London set to remain a cosmopolitan and dynamic city, but certain jobs will be impacted to a greater degree by Brexit. Some of our most affected clients are bankers, who face uncertain bonus prospects as well of the possibility of having to relocate to European cities because of worries over passport rules in the UK. This has an impact on their whole family, including disagreements over where the children should live. We often deal with relocation cases and early indications suggest that this is only set to increase.

What changes to family law will Brexit bring?

There are many within the profession who view Brexit as an exciting opportunity to examine which of the best elements of EU family law we should retain and which we should replace. In the long term, Brexit may offer real potential to English family courts. They will be able to make their own rules on jurisdiction, which are likely to be generous. Most significantly, divorce law is an area where openness to the rest of the world could be more important than the movement of EU nationals.  A significant proportion of high-net-worth divorces involve parties from non-EU countries, such as Russia. With increased control over our jurisdiction and, as some predict, a greater post-Brexit relationship with the wider world, London’s position as the divorce capital of the world could ultimately be enhanced.