View from a mountaintop 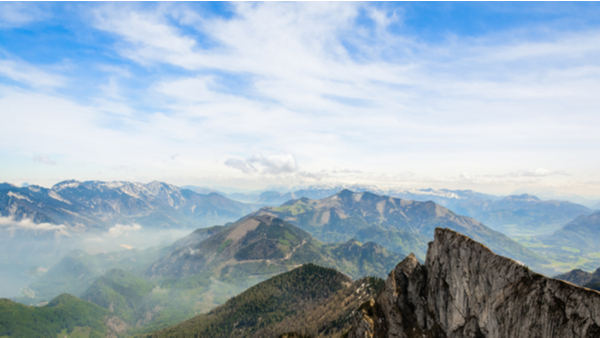 Friday the 13th – the Sequel

For wealth owners in the UK, last Friday 13 December looked particularly sunny. The dark clouds of the preceding weeks had cleared. Indeed, the weather appears pretty benign for the foreseeable future. This is mostly true, too, for other developed countries. So, into this festive, in two senses, period, it feels a bit churlish to lob a “yes but”; nevertheless, there are some reasons not to be quite so cheerful, and to be a bit more reflective.

It is all very well enjoying strong growth in wealth. It is all very well having robust legal structures to hold the wealth. But the strongest security is that society around you is OK with some wealth inequality and, in a dream world, sees it as representing a good outcome. And that tide has ebbed. The UK, with its political volatility, is a good barometer of how this has moved. In 1979, Margaret Thatcher started the ‘wealth is good’ story. It might, with hindsight, have peaked around the Millennium with Peter Mandelson’s intense relaxation about people getting filthy rich. Now, both the current, and prior, leaders of the UK Conservative party have said some more guarded things about business and enterprise.

The roots of this are, I think, pretty wide and deep so I don’t see it going away. Most immediately, the financial crisis and the subsequent policy response have simply rewritten the rule book. Governments should not print money. They have. Interest rates cannot go negative. They have. Monetary financing of fiscal activity leads to ruin. Not yet. And so on. It might all still come unwound but until then, free markets look a bit less naturally occurring and a bit more man made: or, at least, the complex markets in financial instruments that developed markets need. On top of this, there is the feeling that the wealthy benefitted from the bailout but, using offshore tax avoidance schemes, are not paying their share of the cost. I think this really rankles.

This runs parallel to another discovery about capitalism. While capitalism does work, trickle down doesn’t that well or, at least, hasn’t yet and we have been waiting a while. Ah yes, goes the counter argument, you are just talking about developed markets. In the emerging markets both capitalism and trickle down work. Take China. Maybe. But I am focusing on developed markets. And who knows, perhaps China, with wider wealth disparities than the West, will at some point reach a similar conclusion. Anyway, right or wrong, we have reached a place where it is a commonplace assumption that some government intervention is needed to spread economic good fortune. There are few now saying that the only thing government needs to do is to get out of the way.

Then there is climate. The more you consume, the more the planet is damaged. So, the richer you are, the more you are damaging the planet. Jetset now means very bad carbon footprint! We see this, graphically (and, for some, gratifyingly), in the puncturing of the sanctimony of celebrities taking private planes to protest against climate change. This is taking us back to a zero sum view of things in which wealth simply arises from planet depletion and not necessarily from the creation of new and valuable products and services.

And then there is social media. Ignorance was bliss. When I grew up in a small commuter town outside London, my horizons were so comfortingly close. I compared myself to my classmates and local friends but that was it. Whilst I read newspapers, I did not know what other lives felt like. I did not vicariously live them. Now I can. I could, if I wished (I don’t) know the inner details of Kim Kardashian’s life or, at least, the carefully curated inner details. If anything is likely to engender envy, or questioning of the current order, it is live reminders of the perfect lives being lived by others who, rather than being remote strangers with little to teach, feel instead like people we know, our peers.

These themes coalesce around the idea that, in the round, we are feeling a need to be a little less me and a bit more us; a bit less the individual, a bit more the society. It will be increasingly difficult quietly to enjoy wealth with no one bothering you. Right now, the defence of wealth inequality lies largely in some variation of it being an inevitable of outcome of the natural order of free market capitalism, which is good for everyone. Well, if we are no longer sure how naturally occurring, as opposed to man-made, are free markets, and we are not quite so sure it is good for everyone, why is it inevitable?  So although the Corbyn project failed to gain any traction, the underlying discontent that brought him to prominence has not gone away.   All eyes are now on politicians and on the wealthy.   Kicking the tyres of accepted capitalist norms will be the theme of the next decade.

View from a desktop

According to one futurologist, not only is the world changing but change itself is changing.  Change is getting faster, leaving us less time to attempt to control it, adapt to it or simply understand it.  Veteran investors are left puzzling over phenomena such as negative rates which ought not to exist but seem to exist nonetheless.  Meanwhile the voices from the crowd get ever louder, beseeching us to prepare for a recession, prepare for a melt-up, reduce fees, do better on sustainability, on diversity and so on.   In such noisy conditions, what can investors do but stick to the basic task which, at heart, has not changed.  Here, then, are our five commandments – these are the investment principles we preach, this year and every year now and for ever.

Snapshot for the quarter