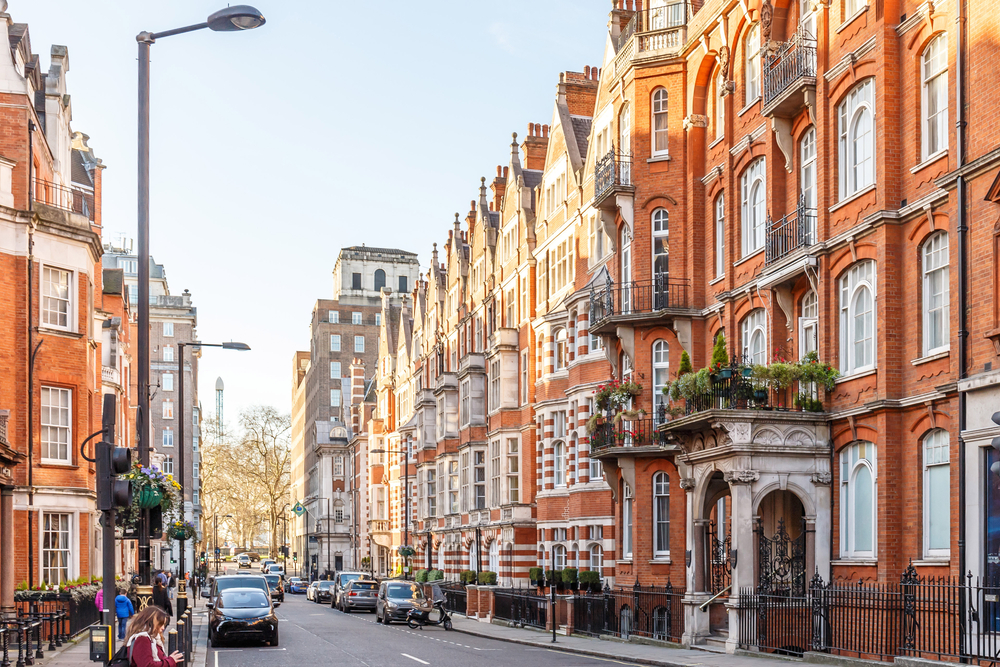 House prices in London might be falling, but for now London retains its title as the world’s number one city for UHNWI residents. Citywealth’s April French Furnell spoke to London property experts to find out the trends behind the headline figures.

“It should be no surprise to hear that the London residential market at the top end is very challenging”, said Pervaze Ahmed, a partner and head of the residential real estate team at Howard Kennedy. “But it certainly isn’t dead. Right now, it’s a buyer’s market with a decline in the value of sterling against dollar-based currencies”.

The challenging market conditions can be put down to four factors: Brexit uncertainty, concern over a Corbyn government and future wealth taxes, Geo-political factors in international buyers’ home markets, and Stamp Duty Land Tax (currently 12 per cent on £1.5million and above). With the situation unlikely to change in the short-term, the prediction is that the market is unlikely to see much growth in the next two to three years. Not good for those looking to make a short-term flip, but for those investing for the medium to long-term the market conditions favour the opportunists.

As Jeremy Raj, national head of residential property at Irwin Mitchell puts it, “The fundamentals of time zone, language, culture, sport, history, education and business, coupled with a dearth of competitor buyers, mean that for those with the inclination and ability to invest, who will not blink in the event of further bad news in the short term, there are some fascinating opportunities out there, and a real chance to secure top of the range properties, that deserve their reputation of being virtually bombproof.”

According to Richard Hart, a partner at Pinsent Masons, “The uncertainty of Brexit and the unknown form that it will take, certainly isn’t helping the top-end residential property market, but it’s a Corbyn government that is the real fear. Clients are concerned by the prospect of wealth taxes and increases in council tax. For the mobile ultra-rich, they can leave the UK from a tax-residency perspective and can ‘wait and see’ before returning. Those who are property owners may also make the decision to sell up, and there is the possibility of the top-end of the market being flooded and depressing prices.”

The combination of housing prices at the top level having fallen 10 to 15 per cent, and the decline in the value of sterling against dollar-based currencies creates a few advantages for US buyers. Charles Miéville, partner in the residential real estate team at Cripps Pemberton Greenish reports an increasing number of American buyers in the London market. On top of the favourable exchange rate, he also notes the lower holding costs. “New York State and California have introduced very onerous annual property taxes meaning that, although the initial stamp duty land tax costs for additional properties are high in the United Kingdom, the annual costs are far smaller in the United Kingdom than a similar property in the United States. Our American clients are buying either as an investment, or often due to children’s schooling”, he explained. And of course, adds editor, Karen Jones, let’s not forget the sterling rate currently offering nearly a 50% discount.

Away from the UK, there are activities in international clients’ home countries which are also impacting their ability to invest in UK property. In China, the UHNW are running up against currency controls which is making it difficult for them to get their money where they want it. According to data from Cushman & Wakefield, Chinese investors acquired a total of $15.7billion worth of overseas real estate in 2018, down 63 per cent from 2017. It’s made purchasing properties more complicated with clients needing to have the funds ready outside of China to purchase property or consider a mortgage. Although the new Wapping ex New International site in London has apparently seen majority Chinese interest.

Middle Eastern volatility is having results with talk of the Ritz Carlton affair sending shivers down some Saudi Arabian families necks. Some of the ultra-rich are selling up, while others are using the exchange rate to their advantage and purchasing properties with cash. While the Russians are feeling the chill following the UK Home Office’s review of wealthy Russians living in the UK and the introduction of Unexplained Wealth Orders to tighten controls on suspected money laundering, and as a result not purchasing property in London in the same numbers as before.

It’s the well sought-after areas like Mayfair, Knightsbridge, and Belgravia which continue to prove most popular with the UHNW. “The international buyers favor the period properties”, said Ahmed. Hart is in agreement, “Clients are drawn to their distinctive architecture and the rich cultural history of London. Added to that these locations are aspirational localities and owning a property is a ‘statement’ and a ‘recognition’ that one is considered to a part of the elite”.

“Quietly, and without raising too much of a ripple in the market, a new breed of investor has been slipping through the doors of some of London’s finer properties, frequently accompanied by some of the industry’s most discreet and well-informed advisors. Quality rather than quantity seems to be the current watchword, and while at the lower ends of the London market deals are hard to get through, with renegotiation and trepidation the most obvious features, the UHNW and Super-Prime markets are quietly going about their business”, said Raj.

As for the new build market, “Developments like Battersea Power station which are iconic in their own right are still popular. However, the developments surrounding it might struggle as they aren’t able to differentiate themselves from other properties on the market” said Ahmed.

International investors have also played a large role in the London office market in the past two decades, accounting for 80%+ of total investment, according to Faisal Durrani, Associate, London Research, Knight Frank. However, in recent months overseas investors have pared back activity to monitor from the sidelines. Despite this Durrani says, “The fact remains that there is a growing pile of capital waiting in the wings. However, the deployment of these funds hinges on the resolution of all things Brexit.”

Despite the challenges, experts are still confident in London as a prime location. “I’m still strongly backing London. In the global market, nowhere quite compares and London is a pre-eminent city. When the market recalibrates, it’ll bounce back”, Ahmed concluded.