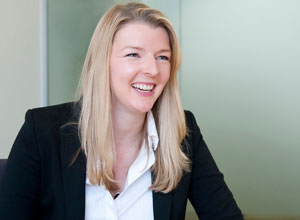 Rebecca Foden and Becky Shaw, both solicitors at Boodle Hatfield, and Lily Le Brun, arts and culture writer, say that while art is not required to be politically correct in order to get financed, its appeal to a wider audience may increase its value.

Tell us about current trends?

In very general terms, the more attractive or commercial a piece of art is, the more appealing it will be to a wider audience, which may increase its value. The political correctness of art has recently made the headlines when the Rijksmuseum in Amsterdam decided to rename hundreds of thousands of work to remove racially offensive language. Words including ‘negro’, ‘Indian’, ‘dwarf’ and ‘Mohammedan’, which is an archaic term for a Muslim, will be replaced with more sensitive terminology as part of a modernisation project. “Young Negro Girl” by Simon Maris, for example, has been changed to “Young Girl Holding a Fan”. While changing the title of a work may seem radical, in many cases an artist doesn’t name his work, but a title is given later by art historians or others, and in this sense, is more fluid than it may first appear.

People vs private collections: is some of the most valuable art now in public spaces?

Public spaces now feature permanent and temporary displays of works of extremely high value. For example, Damien Hirst’s ‘Charity’, a giant sculpture of a collection box, is currently on display outside of the Gherkin, as part of the initiative Sculpture in the City. However, by its very nature, art in public spaces is unsecured and vulnerable to damage, theft, and unauthorised removal or sale. Banksy’s ‘Art Buff’, which appeared on a wall in Folkestone in 2014, was removed and sent to Miami to be sold by the tenants of the property upon which it appeared.

How do you sell performance art and installations?

It does sell, as it depends on the collector and whether they have the facilities to show it. The Zabludowicz Collection for example is a space dedicated to emerging art, which includes a lot of performance and installation art. It creates a platform were artists, curators and collectors can meet.

How do you value art?

Valuing art in monetary terms is influenced by many market variables and trends. Factors include authentication, which can be easier if the artist is alive and can confirm authenticity him or herself or if the piece comes with a certificate of authenticity; the artist’s name and how well known he or she is; the condition of the piece, including the medium used; whether the piece is an original or an edition; as well as physical condition, subject matter, rarity, current demand for the artist, and previous prices for similar works by the artist. If the artwork is being sold on the primary market its price will normally arise from a discussion between the artist and their dealer, who will make their decision based on what the artist feels comfortable with as well as the market for similar works. As with anything, a piece of art, whether new or old, is worth what a willing seller and willing buyer will agree. For artworks this can be very subjective.