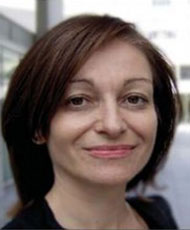 Tell us about City Philanthropy.

We work to encourage effective philanthropy as part of a City career and we want to grow the philanthropic culture of the City and Canary Wharf.

Is the new generation of City worker more interested in philanthropy?

Millennials are a philanthropic generation and often have a value-led approach to life and work which is more about their ethics and belief system.  While earning a good salary is important, they see their working lives as a way to make a difference to the world beyond the confines of their jobs.

What trends do you see in philanthropy?

Philanthropy is getting younger, as wealth creators become younger so too do philanthropists. We also see a focus on funding projects and small charities rather than the big organisations, and more people give not only their money, but also their time, skills, experience, creativity and social capital such as contacts. Finally, people are increasingly vocal about the causes they support to encourage more giving.

Tell us about the new financial models in the philanthropic world.

There has been a surge in new financial models, such as venture philanthropy, social investment, layering, social impact bonds, or yin and yang deals that combine investment with philanthropic motivations. Nowadays, philanthropy is financially very sophisticated and akin to high finance. Philanthropy is also increasingly being done in partnership with peers and through networks and clubs such as the City Funding Network, BeyondMe, BeMore and Gareth Woods’ Adventure Philanthropy Club. It is no longer a lone pursuit as it was ten years ago.

This article was published in Citywealth Weekly, our mid-week roundup of the hottest news and exclusive expert comments. Sign up here to start receiving the Weekly in your inbox.